You are here: Home / Alba: A Wildlife Adventure / Alba: a Mediterranean adventure, Reviews 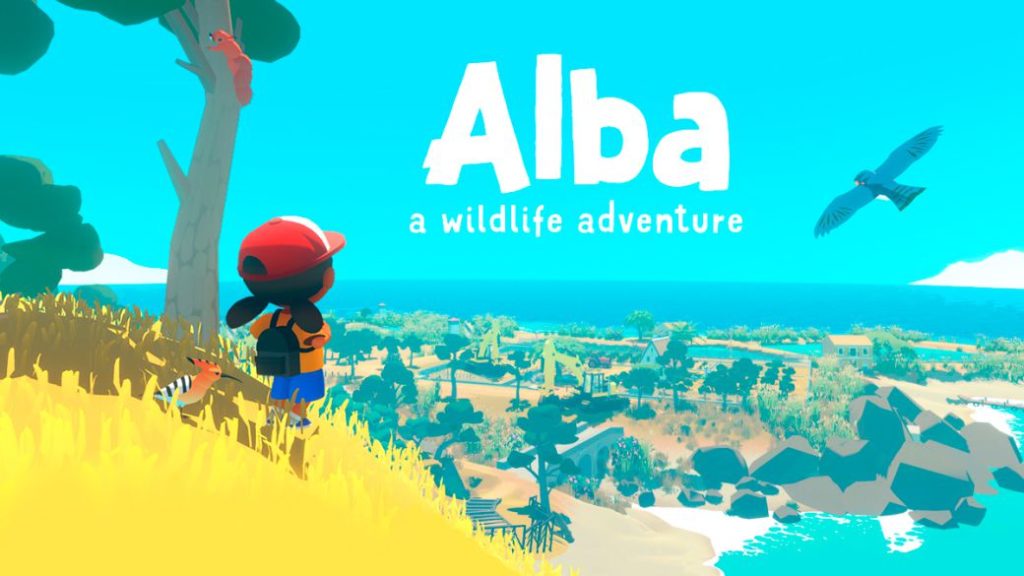 Traveling back to childhood while feeling the Mediterranean breeze on your cheek is finally possible with Alba: a Mediterranean Adventure. We analyze a game that has surprised us thanks to its beautiful ecological proposal.

There are moments in our life, often related to childhood, that remain etched in our minds forever. And, despite the fact that sometimes they are not really special to us while we live them, those that are more mundane and everyday are those that, in turn, have the most capacity to move us to the past.

The smell of sand while we spent the summer with our parents and friends, that music that played on the radio at the beach bar where we used to wait for the paella for the family to be ready, or the sensation of building different shapes and buildings of sand with the help of our loved ones plastic buckets to bring sea water.

On the shores of the mediterranean

We want to begin this Reviews by extrapolating such feelings to the video game that concerns us, since it is the way to describe Alba’s most special section: a Mediterranean Adventure. The title, set on the fictional island Pinar del Mar, collects elements from different Spanish locations (although the nucleus would be Valencia, the dunes of its beaches or the lagoon, we also find echoes of Andalusia, Roquetes de Mar, Ibiza of the 90s or even of Peñíscola) to raise an environmentalist discourse, of respect for the environment, not devoid of a direct criticism of over-urbanization and the saturation of tourism that has had a negative impact on many Mediterranean territories. 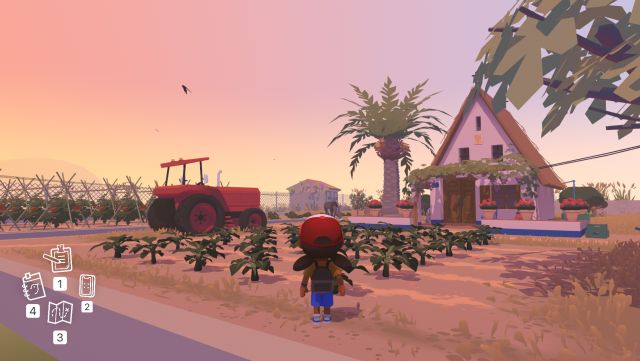 And it does it like never another game has achieved: it is the first time that we really feel that there is an excessive affection and love for representing those details of our country (large and small) that characterize many of the places that we have traveled during childhood. . And not only visually citing Sorolla as it happens in RiME (which he also does) but going one step further, the one that takes us to the beach bar with the radio at full blast, the grandparents waiting for you to spend a few months with them in summer, that of friends and acquaintances with the white t-shirt marked on their reddened bodies because of the scorching midday sun.

Much of the blame for all this is the creative director of the game, the Spanish David Fernández Huerta. His training in Fine Arts at the Polytechnic University of Valencia allowed him to work in the Akaoni studio, to end up in London being a fundamental piece of games such as Monument Valley 1 and 2 in Ustwo. Being Alba’s Creative Director has allowed him to develop all his passion for Mediterranean culture within this cozy video game. 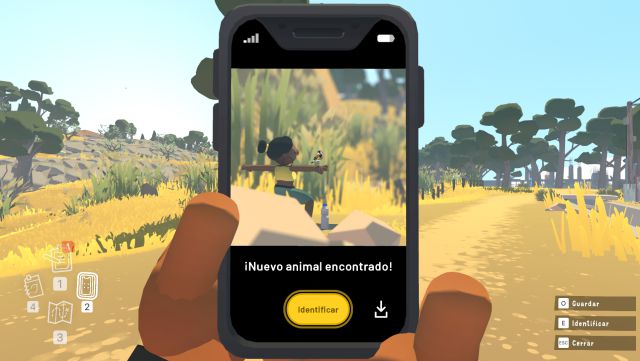 An experience to remember

All this, through a simple, contemplative interactive experience, not devoid of many things to do: with our mobile we will collect information on the rich fauna of the place (different settings will give rise to a very attractive biodiversity), we can clean the remains that there are lying on the ground, repair various constructions and, ultimately, make the island attractive as a natural space. Well, the final objective of the game at hand, in addition to giving us a relaxing and nostalgic adventure that delves into our feelings, is to avoid the construction of a mega-hotel that endangers the tranquility of the place, while charging the environment unceremoniously.

But be careful, here not everything points in the same direction directly: if we pay attention to the radios that are scattered around the island, we will hear different versions of the villagers: while some want to preserve nature, others see positive the construction of the hotel in for the sake of lowering unemployment in the area. 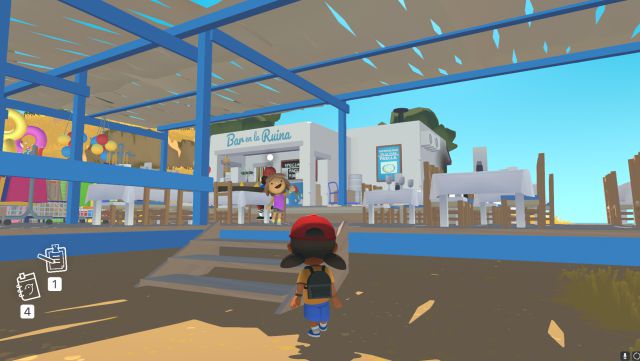 Our mission under the role of Alba will be to bet on the environment, to be able to do our bit so that the restoration of the wetlands allows not only the preservation of the species in the area, but also to make it a friendly tourist attraction but without reaching intrusive limits.

From here, mobile in hand, we will take care of documenting the fauna through a simple scanning system through photographs, we will be able to help the inhabitants of the island so that our signature collection bears fruit, and we will also collect waste that is distributed throughout the streets, we will investigate the hidden interests behind the construction of the great Hotel, and little by little we will get to know each little corner of Pinar del Mar so much that we will feel like in our second home. It helps to see native plants such as the Baladre, or elements as ours as the Vespino or the chalets made with large concrete blocks (true nightmares for the “specialists” in reforms of the American programs that we all know). 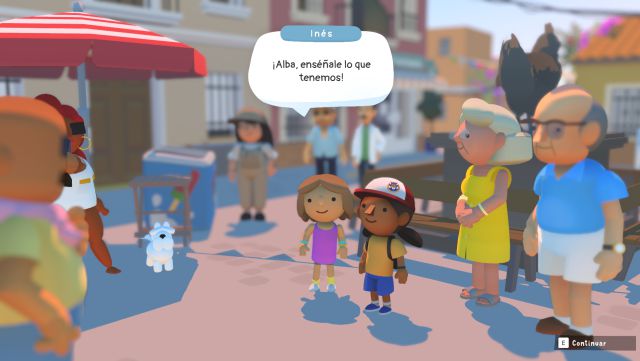 Everything is developed through simple actions that involve pressing a single button or agreeing or dissenting using the analog stick, although they are varied and friendly enough so that we do not feel at any moment the feeling of monotony. The small dimensions of the island help everything to develop in a very fluid way, while allowing a commendable affection in the design of each of its locations: from the Valencian garden to the beach bar, passing through the more urbanized area or large wetlands.

The beauty of the everyday

The graphic section of the game, with a simple design and minimalist representation, helps to reflect the Mediterranean light with sweetness, bathing everything with a very cozy feeling of closeness and giving the rooms a realism not expected in this type of graphic section. On the other hand, the sound factor leaves us with a detailed acoustic environment, where the realistic sound of the animals (crucial in many moments to scan that rare species that we cannot photograph) intermingle with the delicate background music. Special mention for the group from Granada Napoleón Solo, who stars in some of the tunes that we can hear on the radio. 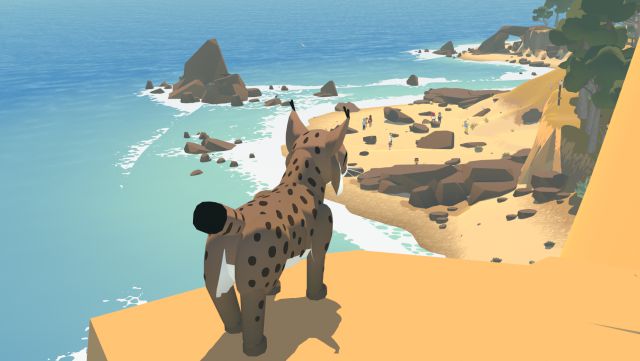 With a short duration (about 2 or 3 hours depending on your style of play), Alba offers us an experience that, in some cases, leaves us wanting more. The title would have gained a lot if it included some more elaborate interactive dynamics, such as segments where you go to the beach with your grandparents and build your own sand castle (with the help of a small bucket to bring sea water), order ice cream or food from different shops in the area, or small mini-games to liven up those afternoons in Pinar del Mar. Be that as it may, its values, the message it transmits and how useful it can be for both children and adults, make this video game a simple adventure more than recommended.

Love for the Mediterranean, respect for the nature that surrounds us, and a simple interactive proposal to enjoy both alone and with the family. Alba: A Mediterranean Adventure will appeal to enthusiasts of simple and cozy adventures, while they tour Pinar del Mar under the role of Alba following one objective: to try to collect the necessary signatures to avoid the construction of a Hotel that would ruin the native ecosystem, putting in danger the preservation of multitude of species. It’s possible that it’s too straightforward, and its small playable errors may cloud the end result. In any case, it has surprised us much more than we would have imagined.