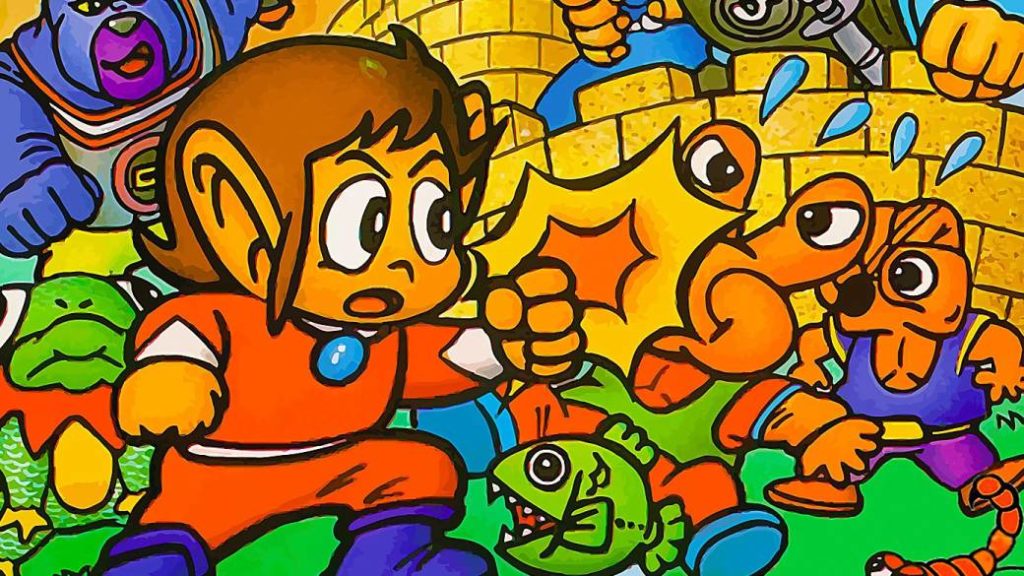 Master System saw a hero born who will come back to life very soon. Retro review Alex Kidd in Miracle World, the epic start of the hero in the red suit.

It was one of the bombings of the Summer of Gaming event, and with good reason. The protagonist of the first adventure of many of us, Alex Kidd, will be back very soon with Alex Kidd in Miracle World for Xbox One, PlayStation 4, Nintendo Switch and compatible computers. It will also do so thanks to a team of Spanish developers in love with the original proposal.

On the occasion of its announcement, we wanted to return to the past and retroanalyze the original Master System video game to see why it was a colossal adventure in every way. A title that the years do not pass by.

Launched in 1986 for the Master System in response to the enormous success of the Nintendo NES console, Alex Kidd in Miracle World was not intended to be the game we all know. The original idea of ​​Kotaro Hayashida, creator of the emblematic character that gives the title its name, was to make a Dragon Ball video game with Goku as the protagonist but after losing the license rights he had to reinvent the cartridge to what we know today. 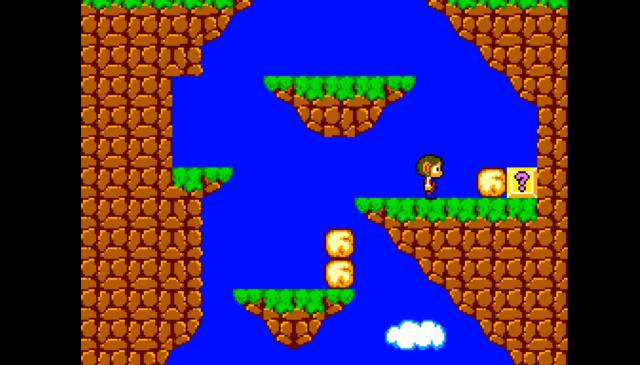 Also influenced by Nintendo’s flagship work, Super Mario Bros., the development of Alex Kidd in Miracle World took a sharp turn to get a bit closer to the Big N title by introducing innovative mechanics and at the same time moving away from the original idea of ​​a game based on the success of Akira Toriyama.

Alex Kidd in Miracle World tells the story of a young man, heir to Radaxian, in his fight against Janken the Great from the planet Janbarik. This invading alien evilly rules the hero’s city, something that the hero cannot allow, but to get to him he must first overcome the various problems that haunt him with punches in up to seventeen different scenarios.

Islands, mountains, cities, water scenes, vehicles, shops, power-ups … Alex Kidd in Miracle World had it all! The game, in two dimensions, offered from impossible jumps to enemies to duel. Some of them presented themselves as bosses when they successfully finished a screen and had different ways of shooting it down. The most remembered, without a doubt, is through the mythical set of hands: Stone, paper or scissors. Of course, defeating them was a matter of pure luck, although a single object was able to predict the boss’s movement and thus easily kill him. If you found it … 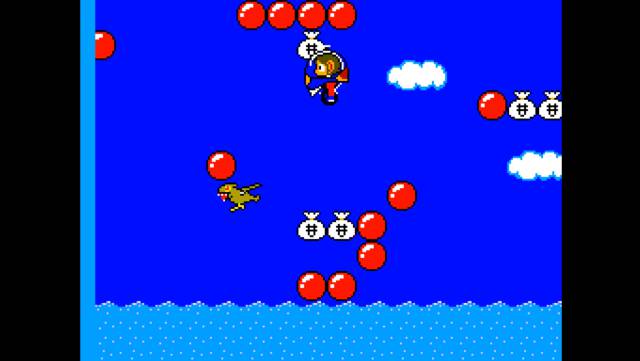 Yes, there were also vehicles; a motorcycle, a boat and a helicopter. They were only accessible in certain phases and they were easy to lose but they added a plus to the video game like no other before. Some even allowed enemies to be shot from a distance so they not only served as a quick transport method but also cleared the screen of obstacles.

But yes, surely the imperishable memory that we have about him are the battles against the bosses. Who was going to tell you that fighting an end-of-phase boss was going to be as absurd as it was fun? No one expected it and this, along with the variety in the mechanics of Alex Kidd in Miracle World, make the video game so well remembered. It is also true that three years after its launch the title was integrated into the memory of the console, which meant that we could all enjoy it as a starter game.

That it came included in Master System was a great move by SEGA and although the preconceived idea that everything for free is of poor quality was not fulfilled in this spectacular combo at all. The title made good use of 8-bit hardware with a very striking color palette and well-defined sprites. He was surprised by his animations, very varied and fluid as well as in the design of enemies. It was admirable for the time to also see how the sprites used for enemies and end of phase bosses were of a considerable size compared, of course, with other titles on the market. 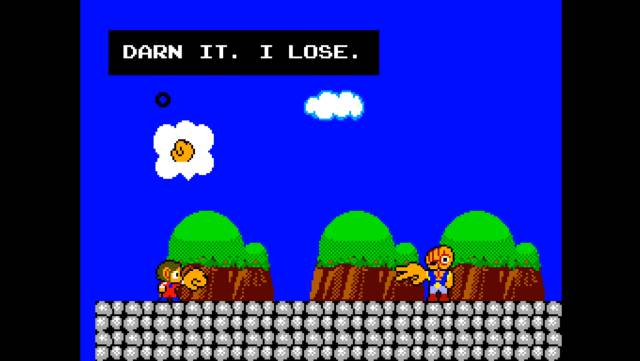 Some scenarios felt somewhat empty but we are talking about a video game that could practically be considered the first batch of the old SEGA console, although they were all well resolved and with elements strategically attached to make us lose lives.

At the baton was Tokuhiko Uwabo, a now famous composer who contributed music to great classics such as Fantasy Zone, Phantasy Star, Afterburner, Space Harrier or Quackshot among dozens of other memorable SEGA games. It is true that Alex Kidd in Miracle World had few audio tracks, but each and every one of them had the particularity of burning themselves in your brain and, thus, humming them to exhaustion without realizing it. Would you know how to hum right now, with no clues in between, the melody of the first level of this title? The answer is surely yes and that is the magic that Tokuhiko got with his soundtrack.

The initially SEGA mascot is well-liked by gamers who have always asked him to return home in a new video game. Whether for its soundtrack, the design of its levels or for the fun Stone, paper or scissors battles, users have not been able to enjoy such an emblematic character since Sonic & All-Stars Racing Transformed, the latest video game in which they we saw participate. 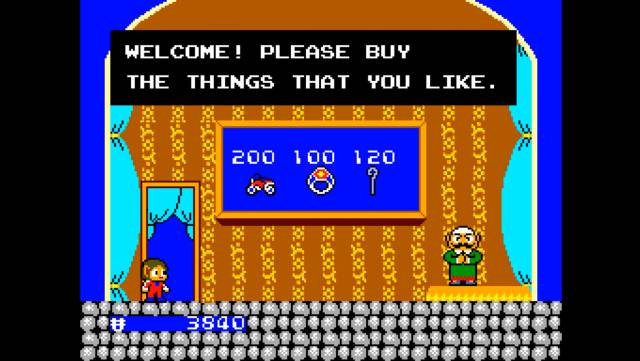 His last adventure as a protagonist was with Alex Kidd in Shinobi World, in 1990, although this last one was very different from the one we are talking about today. The presentation of the DX version of Miracle World shows the public’s affection for Alex, who will now return to more advanced systems with his first remastered chapter.

In his short history of just four years, the hero in the red suit has had seven exclusive adventures – each from his father and mother, including a BMX video game – and all due to the success of Alex Kidd in Miracle World. It seemed impossible for him to come back to the fore but now, thanks to the Spanish studio Merge Games and Jankenteam, he will come back to life.

Alex Kidd in Miracle World is a fantastic game full of good ideas that were joined by a charismatic character who knew how to conquer the public of the late 80s. Full of color, careful animations, fun battles, with history, touches of RPG and high quality music. An emblematic title that doesn’t matter which year you play it, it will always entertain you.

A benchmark title in its genre, which stands out above its competitors and that you will enjoy from start to finish, surely several times. A game destined to become a classic over the years. 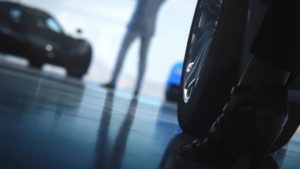