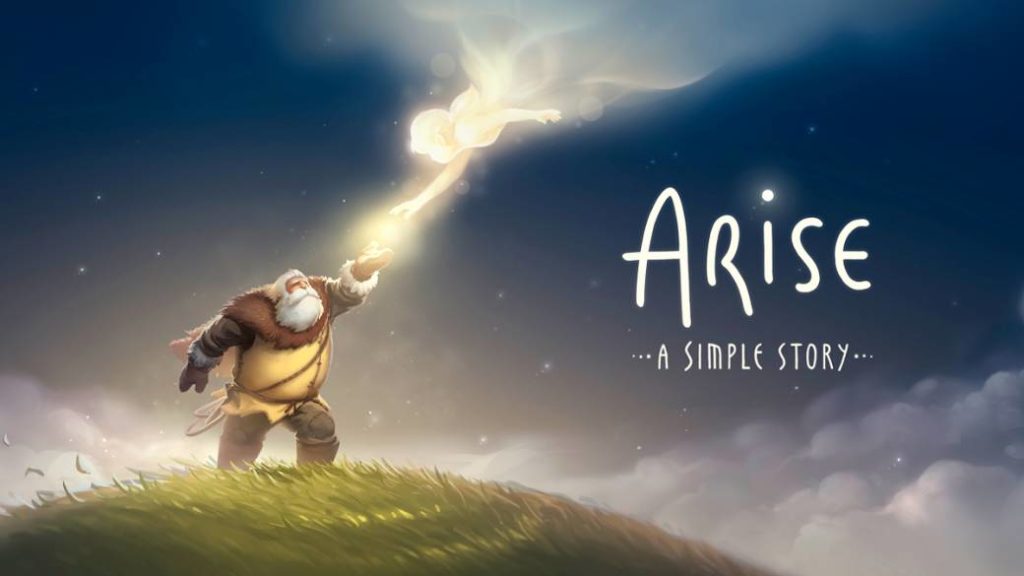 An emotional symbolic journey through death, life, and the memories that remain of it. The independent title of Piccolo Studio gives what it promises

Soft piano notes and a gentle, almost comforting, menu screen await us when you start Arise: A Simple Story. The first game of the Piccolo Studio from Barcelona fulfills the promise of being a simple story, but in its simplicity it manages to reach emotional peaks and great moments of visual beauty.

After the wake of titles like Journey, Arise's trip is a very intimate one. The shapes are those of a three-dimensional platform, and one varied and visually striking in that regard. But the heart of the game goes elsewhere. Its history gives off a sensibility that catches from the first bars and that does not leave until we see the credits appear. 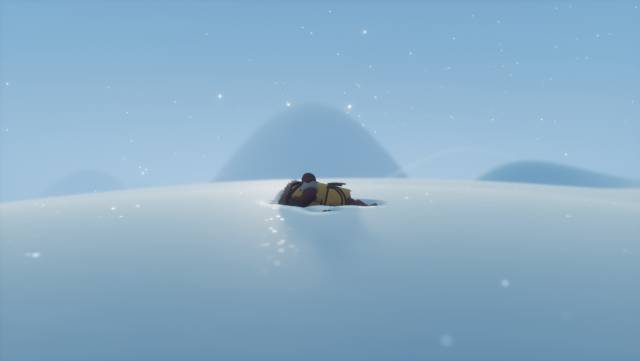 It is a personal and unpretentious story. We put ourselves in the shoes of an elderly protagonist who, after his death, makes an intimate farewell trip for his life. A vast snowy mountain and a halo of light in the distance. And along the way, the fragmented memories of a life. Although this, above all, is a love story. Its emotional center is the relationship between two characters, which without a single word we are told through small kinematics or the environmental narrative of the levels themselves. His victories and his defeats, his moments of happiness and pain.

The marriage between narrative and level design is quite solid in Arise. Ten thematic levels make up this title that, although it relies heavily on its emotional side, does not hesitate to focus its gameplay as something very, well, video game. The long levels that vertebrate the game experience do not have enemies per se, nor do they propose great challenges to be overcome, but its structure is complex enough to offer a platform with crumb adventure, although it also drags certain inconveniences. 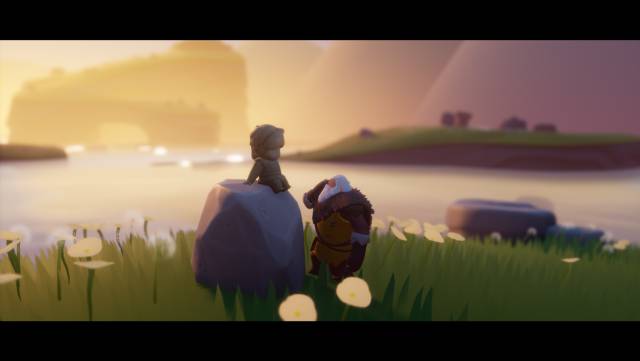 Each level of Arise is associated with a specific moment in the life of the protagonist and as such, presents a main theme accompanied by a couple of mechanics around which the entire level revolves. The artistic direction is excellent. Colorful levels that build a beautiful rural staging, and that have a lot of title that although it does not differ in excess of other games of the genre in absolute terms: we continue jumping, climbing, or using a hook, among other things … They give a personality Pretty unique to this adventure.

The main mechanics in Arise is that of the passage of time. An elegant gimmick around which all its levels are structured to a greater or lesser extent. All levels happen in just a few real seconds, and with the right joystick we can advance or delay time to transform the world before us. In an icy scenario, the snow level will rise or fall as we modify the weather, but we can also delay or advance a series of events such as the tunnel formations through which we can pass. 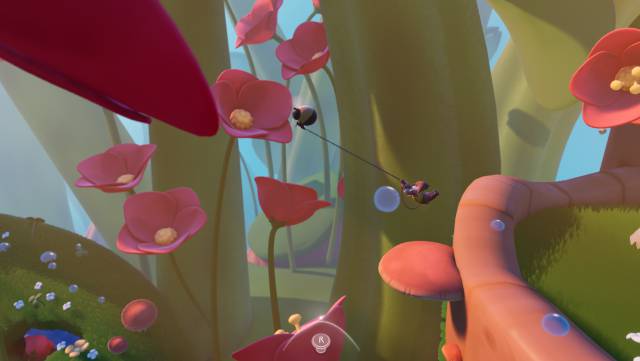 Although it may seem like a complex mechanic, the truth is that every situation or puzzle that we find in the levels feels like something contained, and can be solved by changing the time in that same place. To add even one more layer, we can totally break the laws of physics paralyzing time around the protagonist, and thus reach places jumping on falling objects, for example.

The dreamlike design of these levels also favors this mechanics. Enigmatic and impossible, each level of the game feels like a proposal quite independent of the others. Introducing a context and an initial situation that will then be complexed as we go. There is a level of forested aesthetics that focuses on the use of the hook, but later introduces cobwebs that function as trampolines. The result is a good balance between how each level has its own premise and the cumulative. The mechanics that introduce each level may return in the future, but they are altered to offer new situations. 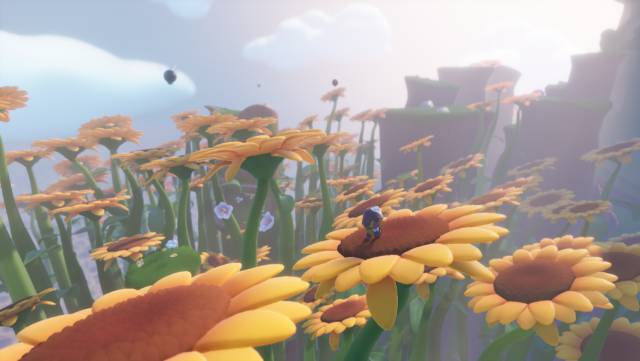 Around the course of about 5 hours, Arise introduces us at new pace new level proposals while telling us his emotional story. Although we spend most of our time jumping and grabbing outgoing, history never comes to the background. It is part of each scene, of its beautiful soundtrack, its environmental narrative with those statues scattered on the stage that recall places and moments of a life, and even collectibles: simple illustrations that immortalize the couple in their day to day.

They rarely collide narrative and gameplay, but when they do, Arise shows her less beautiful face. The levels, which have a proper concept introduction structure, complex the formula and outcome, sometimes feel somewhat longer than the account. On several occasions, challenges and concepts are repeated, and since the levels themselves are not too complex, it is felt that their duration is being artificially lengthened. 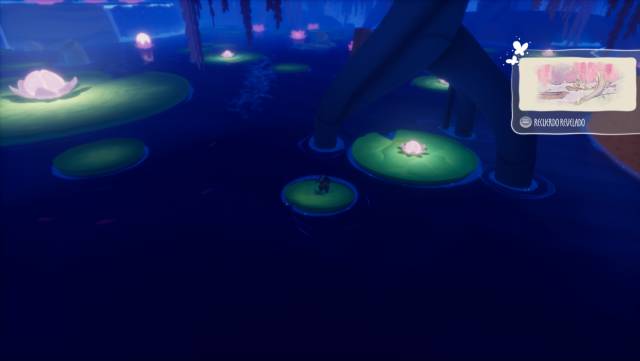 Linear development also turns against him on some occasions. Agree that this favors printing the pace that developers want, something essential considering their poetic approach. But taking us so much by the hand implies that often the challenges presented to us have a single solution, and this affects how we face those puzzles but also how we navigate the stage. Death by fall is one of those inconveniences. On numerous occasions we have died by jumping when we should not despite not being too high above the ground. Simply by not jumping when the game was planned. Deviating from the road means being able to find collectibles, but these are generally found in bifurcations so evident that little more wide-sleeves are given when exploring these wide scenarios. 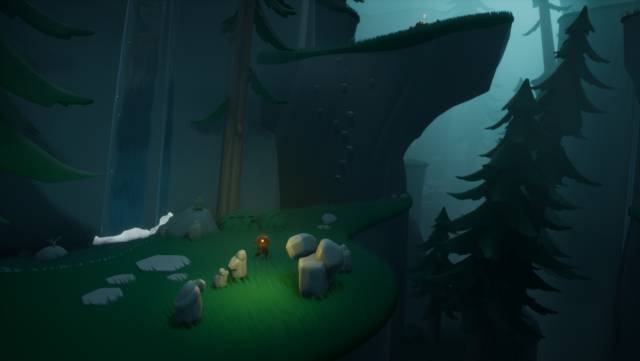 Perhaps the intention in this is to evoke a feeling of loneliness. Arise is a proposal of protagonist against environment, an intimate journey against nature in which there is no place for anyone else. Even when enemies appear, they are not enemies in a traditional sense, and the game forces us to flee from them to continue on our path.

There are platform elements that do not finish finishing the play in Arise: A Simple Story. But it is one of those cases where the heart of the adventure does not reside there. The beauty of his proposal and the postcards left by his evocative landscapes is the greatest exponent of a simple and personal adventure, which finds its greatness in small moments. 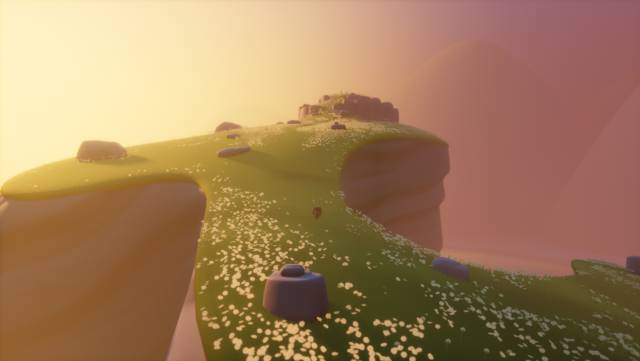 Arise: A Simple Story is an emotional platform adventure that works best when its history and its jumps merge into the same set. Its poetic beauty reaches precious moments that its playable counterpart never gets to match. In the best case, it is a simple platform whose level of challenge never distracts from the narrative connotations that enclose its levels, and in the worst case, the linearity of its proposal comes to prevent the game from deploying His wings completely. In one way or another, it is a remarkable title and made with care, and with a reduced duration that helps you stay alone with the essential, essential and ultimately better of this proposal.