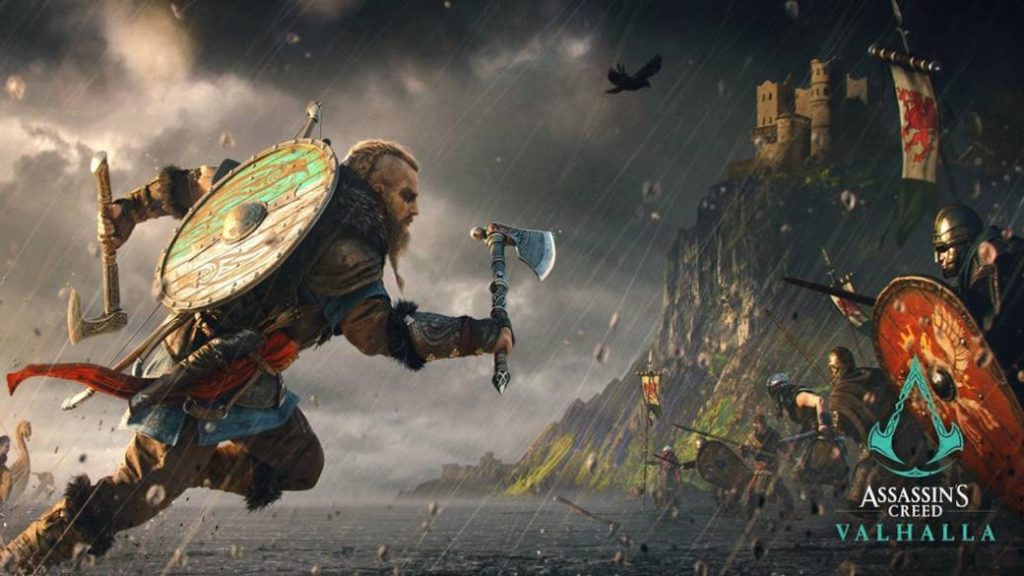 The new game in the saga follows the same path started in Origins, but it presents structural differences compared to the previous ones.

9th century A.D. These are the last years of the so-called High Middle Ages, a turbulent period in the British Isles. After the two installments set in the classical world, the assassins saga advances almost a millennium in time. Eivor, protagonist of Assassin’s Creed Valhalla, is the leader of his clan, a warrior who lives in his native Norway until he decides to undertake the adventure along with other members of his faction. They take the boats in search of a new home, a place where they can settle permanently. However, a hostile reception awaits them in England, as Christian monarchs struggle to extend their influence over the neighboring kingdoms.

That a group of strangers disembarks with their battle axes in their hands does not precisely awaken the confidence of the people who live on the island, rather the opposite. The invaders will be greeted with weapons raised, for which they will have to fight a bloody war, forge political alliances and survive for the good of their clan. Meanwhile, Eivor faces his own inner demons, the dark secrets that are debated to go outside. Beyond the glory and death of his enemies, a greater objective stands, although to fulfill it perhaps I suppose to sacrifice everything. Like Kassandra, Alexios and Bayek of Siwa, the blood of homo sapiens divinus runs through his veins, giving him certain supernatural abilities, but not the status of a god. 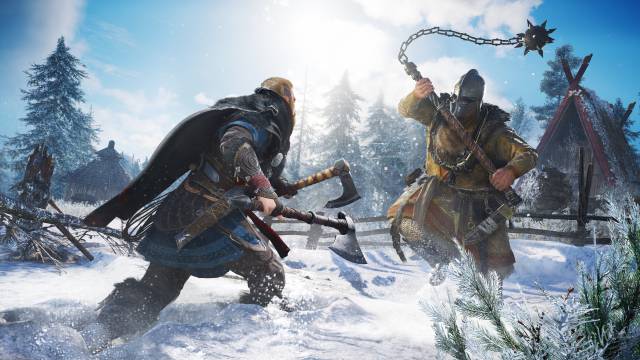 The new production of Ubisoft Montreal, like Assassin’s Creed Origins and Assassin’s Creed Odyssey, travels along the paths of the role. The game takes place in an open world of enormous proportions. Although at first it was said that the map would not be as wide as that of the delivery starring Alexios and Kassandra, the truth is that shortly afterwards the opposite was said.

In a game of this size, it is difficult to know to what extent all the news has been revealed, because the previews and impressions focus on specific parts of the video game. The evolution (or the lack of it) can be analyzed when all those systems have been unlocked, although we already have enough information to trace the differences with the previous installment, as well as to highlight some of the unpublished elements that we can enjoy . 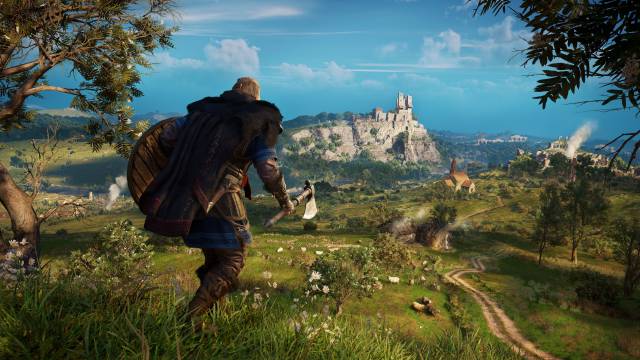 Selection of the sex of the protagonist: both are Eivor

In Assassin’s Creed Odyssey, the player had the option to choose between two brothers, Kassandra and Alexios. Both of them adopted the same personality when he was chosen as a hero, while the other automatically became one of the villains. In this way, it was possible to play the adventure with a female or male character. Within the saga, most of the protagonists have been men, although there have been some exceptions. In the case of the main installments, Evie Frye was one of the controllable protagonists in Assassin’s Creed Syndicate, but in this game she alternated with her brother Jacob, who occupied more time on screen. Odyssey took a step forward. All in all, the option they chose somewhat compromised the canon, as they had to select a character to represent the official story, so to speak.

Ubisoft Montreal has opted for another model that does not produce friction with the canon. Instead of building two related characters, they have chosen that both the female and male protagonists share the same name. Thus, the only thing that changes is their physical appearance. The studios in Paris already did it with Ghost Recon Breakpoint, but it will be extended to other sagas of the French company. Far Cry 6 will do the same with Dani Rojas, a character that will also be divided into two genres. 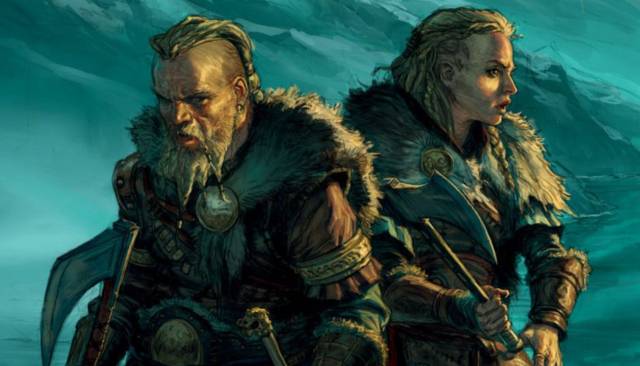 Recovery of classic elements: the hidden leaf and social stealth

Assassin’s Creed Origins marked a new beginning for the saga. With this game, Ubisoft Montreal turned to the RPG genre, from which the most current installments are still nourished. The truth is that the traditional formula was perceived as already exhausted, so it was necessary to undertake profound changes in its playable architecture. The answer was a product that convinced the critics, but that sacrificed some immovable elements until then. In part, those absences were justified for argument reasons. If the plot that is narrated is prior to the assassins, since it tells the origins of the order, it is logical that certain common practices in them have not yet been established. Assassin’s Creed Odyssey ranks chronologically before even that work, so that the same line of discourse can be sustained.

In the Viking age the order is a reality. Furthermore, Ubisoft was aware that some players thought that the essence of the saga was gradually being diluted. While Assassin’s Creed Valhalla maintains its role-playing frame, the Montreal studio has recovered two crucial elements of the saga: Eivor has not been trained as a member of the order, but will soon receive the hidden blade. You will have to learn how to use it quickly, although you will be able to eliminate your enemies with a single blow if you hit the timing correctly. Now, hidden it has little: it is visible because the Vikings code requires it. “Making the hidden leaf visible is a kind of extension of honor,” argues Darby McDevitt, narrative director. The second mechanic that recovers from the past is social stealth. The character will have the ability to blend in with the environment and with people to go unnoticed. 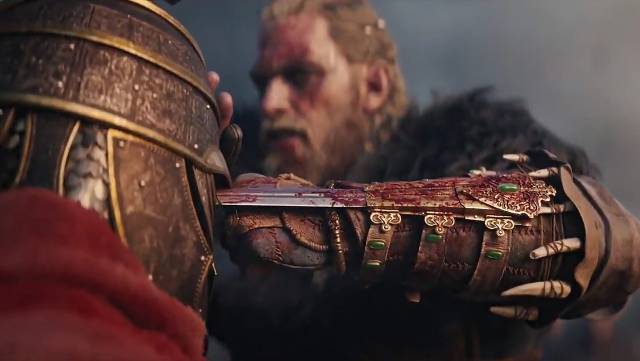 Changes in the game structure: the side missions

What made sense to a Medjay like Bayek of Siwa or a mercenary of Kassandra’s stature, does not fit the character of Eivor. The Vikings landed in England with the idea of ​​settling through conquest, which is quite incompatible with the idea that one of these invaders would travel the world to help the citizens in their path. Therefore, at the beginning of development, the study determined that this aspect should be modified and channeled in another way. Thus, instead of offering small and numerous secondary plots, the developers have outlined longer main missions, which provide nuances to Eivor and allow him to plot his objectives.

“One of the first things we asked ourselves when doing Assassin’s Creed Valhalla was: ‘Does the main / side quest tradition format work for a Viking invading a hostile country,'” says McDevitt. “The answer was flatly no. Traditional side quests, the ones you find in almost any RPG, don’t make sense to our character. ” According to the writer, in the studio they thought that making Eivor stop his actions to “help a stranger” broke with the internal coherence of the protagonist. “This kind of generosity applies to a Medjay, a mercenary, or a generic hero, but not a Viking.” The people of that England “would have suspected Eivor”. From the looks of it, they won’t go away entirely, but they will drop dramatically.

According to McDevitt, “instead of playing a long main story, and for example, 100 additional little stories, players will experiment with many main stories”, many of them with the extension of a movie. Some overlap with Eivor’s personal history, but others have a more independent cut. The screenwriter clarifies that in some way, all the missions are connected with Eivor’s journey or with the clan’s wishes to find a new home. 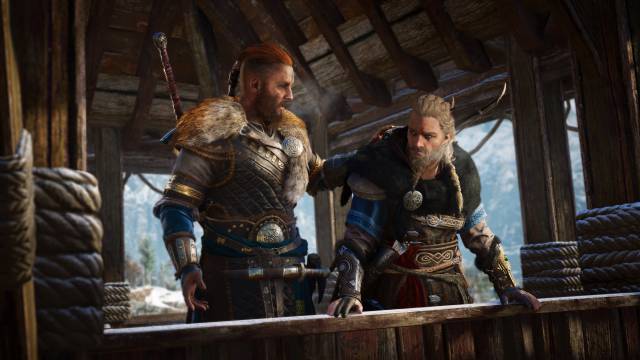 For combat, the developers wanted to reproduce the wild and brutal style of the Viking warriors. However, fiction sometimes blurs reality, and in the case of these people, they have always been portrayed as unscrupulous people who live for and for war. It is not that the topics are not present in Valhalla, but they are given a different dimension thanks to stealth and diplomacy. The combat system indisputably inherits the mechanics of its predecessor, with the possibility of executing and combining weak and strong blows. We can pulverize the opponent’s shield, mark enemies, use abilities, etc. The option to carry a shield disappeared in Odyssey, but has been recovered in Valhalla, to the point that a shield can be equipped in each hand. Another novelty is the addition of auctions, which drastically reduce the enemy’s life bar. There are even executions in which we see how the rival’s bones break, as if we were analyzing it with X-rays!

One of the problems of the title starring the brothers Kassandra and Alexios is that the progression by levels slowed down the progress of the main story. In other words, it forced the player to carry out side missions to increase the protagonist’s level. If you wanted to continue the argument you had to reach a certain level, an insurmountable barrier that some of the community did not like. So Ubisoft has taken note and implemented a level system that does not interrupt the pace of the game.

Not everything is kill or die, there are also intermediate points. In this medieval world, agreements and alliances are as important as tactics on the battlefield. Through the system of dialogues, agreements can be reached that do not involve the choice of life or death. 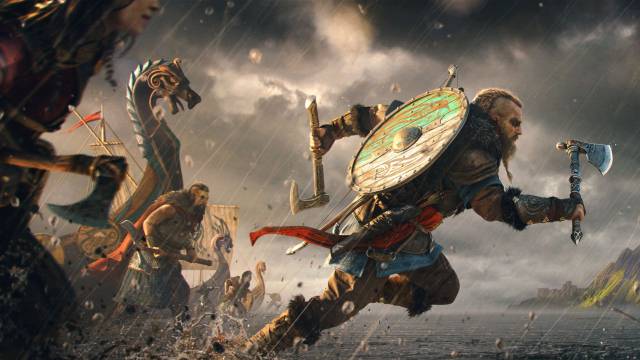 Vikings set foot on British soil to settle permanently, but before that dream is fulfilled, they will have to fight wars and shed enemy blood. Meanwhile, building settlements will be a necessity. These places are designed for the leisure of the members of the clan, so we can start a conversation with the allies, fish or carry out other types of activities, such as in the Red Dead Redemption 2 camps. This space will be mutable, since we can expand it and improve it over time. Eivor, leader of the clan, provides the resources and participates in raids, where he will plunder the wealth he finds. For his part, during the assaults he will break into the castle and face each other with the rival army.

Who said the Vikings were not poets? Dialectical flyting battles, familiarly known as Viking rap, will be part of the video game. “This was one of the fun things to do when they were sitting down drinking alcohol. They started drinking and rhyming each other off, “said Ashraf Ismail, a former creative director for Assassin’s Creed Valhalla. Translated into game mechanics, in this verbal competition the dialogue system is used so that the contestants throw their taunts. The goal is to find the right rhyme and ridicule the rival.

The victims of the Eivor ax will have less desire to laugh, as they will see their heads roll as of November 17 on PlayStation 4, Xbox One, PC and Google Stadia. The PlayStation 5 and Xbox Series X versions will be ready from the launch of the consoles, scheduled for the end of 2020.