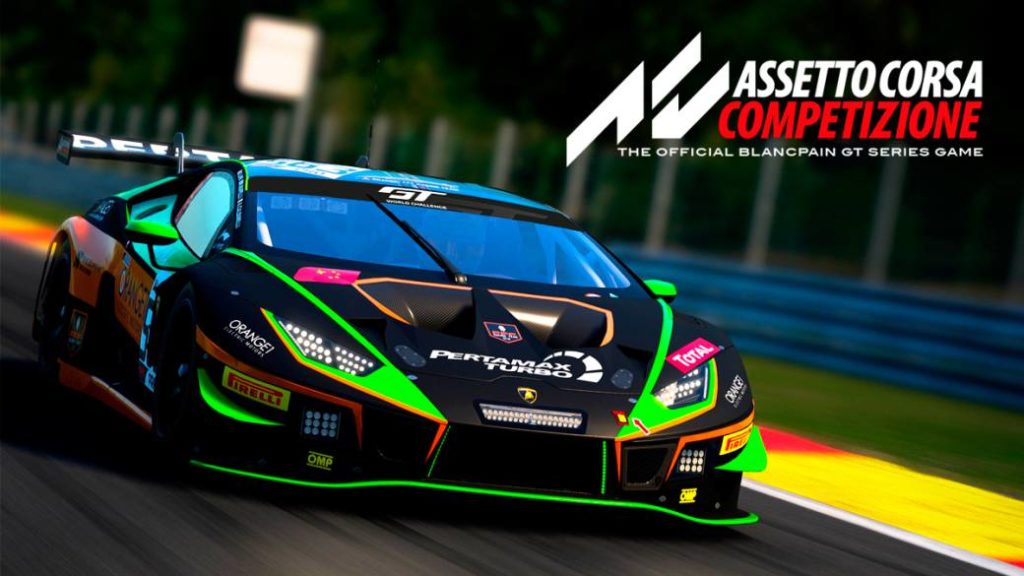 Xbox One and PS4 receive the adaptation of Assetto Corsa Competizione, the official video game of the GT World Challenge. A pretty poor port by all accounts.

Although it is true that there are a multitude of titles that address the genre of driving, few are those that take pleasure in reflecting the exact handling of the cars that we got on. Thus, soon, we could talk about Gran Turismo or the best yet —in this field— Project Cars 2. Beyond these candidates, there are lolailos, but they are not as polished in their different sections as the two mentioned.

Now and after a while cooking on the stove of the d3t studio, Assetto Corsa Competizione comes to Xbox One and PlayStation 4, the text that you are going to read below is the Reviews dedicated to the first platform. We start engines!

Assetto Corsa Competizione was launched in May 2019 for computers. It contains the official competition of the Blancpain GT Series, now renamed the GT World Challenge. We are talking about a video game quite cut in content with respect to the mother game, Assetto Corsa, but it does not need it to be executed. That is, it is a new title, not an expansion or downloadable content.

Our colleague Alejandro Castillo was able to tell you about it a year ago in the following text, so basically everything explained there at the time can be included in this version, but with quite a few differences in the technical aspects that we will tell you about later. The main asset of the video game is, without a doubt, its perfect harmony with the vehicles contained in the program. The simulation is delightful and, along with laser scanning of the circuits, it is very difficult to find out but the sensations we experience on the asphalt. On the other hand, unfortunately, we are not going to see anything beyond what the GT World Challenge collects so, in content, there is not much more fun than the championship can offer. 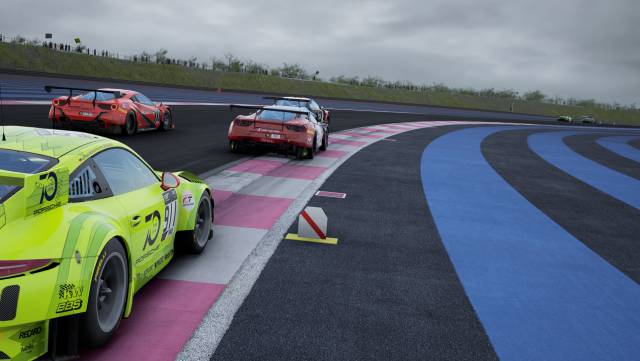 The competitive online, as it happened with the version for computers, is still just as strange and weighing down the problems that we discussed in its Reviews so that those responsible have done little or nothing to improve this section. It’s a shame because a good simulation title with a well-built online is the basis of this genre, with constant spikes, a lot of sportsmanship and worn tires until you beat your rival’s time.

Now, do the aforementioned sensations translate perfectly into consoles? Decidedly not. And it is for various reasons. If we play with a controller it is not far from the controls that we can see in other games. It is clear that the sensitivity is not the best and that the control, in the end, is a little more limited than if we play with a steering wheel, the logical option if we want to enjoy a driving simulator, but you can play with nuances. And with a steering wheel? Here things change and the reasons are several; input lag and horrible setup. 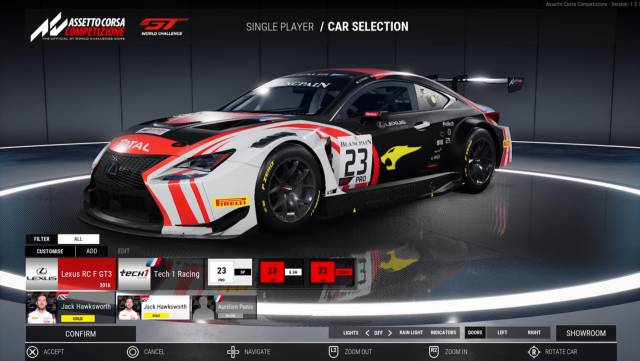 If you decide to add a steering wheel as a peripheral to enjoy Assetto Corsa Competizione, arm yourself with nerves from the moment you plug in the USB because you are going to have problems in all its configuration areas. It may or may not detect the steering wheel, buttons, not save your settings or go, directly, disastrously wrong. When you have configured it, you have to jump to the track and check that the input lag that there is from when you turn the wheel until it is reflected on the screen is enormous. Or what is the same, it will take a couple of seconds for your car to obey you, which makes it unplayable.

A realistic driving title without a steering wheel is a title that we should get away from a little when we like fidelity so we only have to enjoy it through the use of a control knob. The problem, in addition to the one explained a few paragraphs above, is that the technical part does not help at any time. 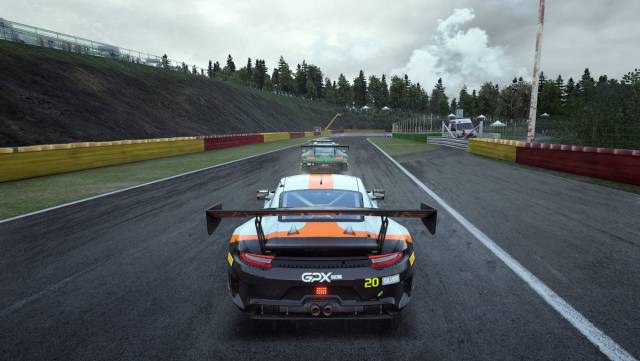 We refer to the terrible conversion that d3t has made with the console version where it has not only been cut visually but also in performance. It goes without saying that graphically it is one step lower than its namesake on PC, that quality has been sacrificed in textures, that the scenarios are somewhat empty or that the viewing distance is a bit rough … if that means that the game is going at constant 60fps . And as you can wait behind these lines, it is not. The video game runs at 900p resolution on Xbox One (1080p on PS4) with native 4K option if we play on Xbox One X (1800p rescaled on PS4 Pro) but all versions at 30fps. The problem, which already in case the mentioned ones lower the hype a little, is that they are not stable at all and it suffers from framepacing, so the gaming experience is horrible. Now add this problem to the available controls and the result is scarier than Brian Hugh Warner on stage.

There is no menu in which we can choose performance or quality, neither in base consoles nor in vitamins, so it is a huge technical disappointment due to the laziness of the company in charge of the console port, d3t, who also carries low his shoulders converting to Mafia II: Definitive Edition or Shenmue I&II consoles.

Not everyone has a state-of-the-art computer and despite the fact that Assetto Corsa Competizione on PC has very low requirements to access its minimum configuration, the truth is that it is not enjoyed as much as with the graphics to the maximum. However, if we put the computer version next to the console version on the scales, the beating that the latter receive with respect to the original is of a high order; It is worth playing with somewhat lower graphics —depending on your computer, of course— than twitching for its desktop control. 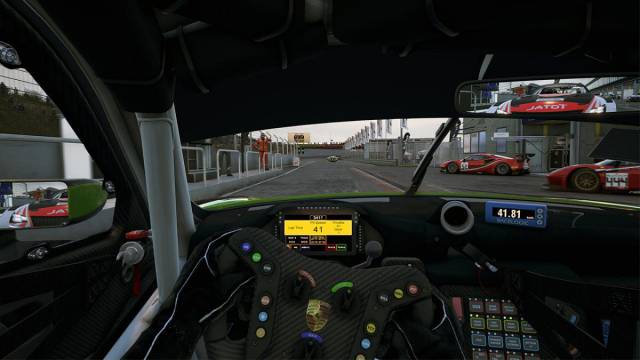 That is why if you have the option to run Assetto Corsa Competizione on your usual work machine, do it there. If, on the other hand, you have one of those so-called “toasters”, there is no other option but to get used to the control of PlayStation 4 or Xbox One and suffer its cuts. We do not know if they will correct the issue of stability in images through future updates, so all that remains is to cross your fingers and pray that it is so and, hopefully, eliminate one of your problems on consoles.

Unless you are a fan of the simulation genre and your goal is to collect all the products aimed at this theme to consoles, run away from it while you can. It is enjoyable, of course, but you will not have the best simulation experience possible due to framepacing or delay in controls using a steering wheel, which is the grace of this product. The conversion is quite poor and the graphic resources are only aimed at modeling the vehicles themselves, making the rest a bit ugly. In addition, the content is not very large, so boredom will knock on your door quickly because it does not have a competent online multiplayer.