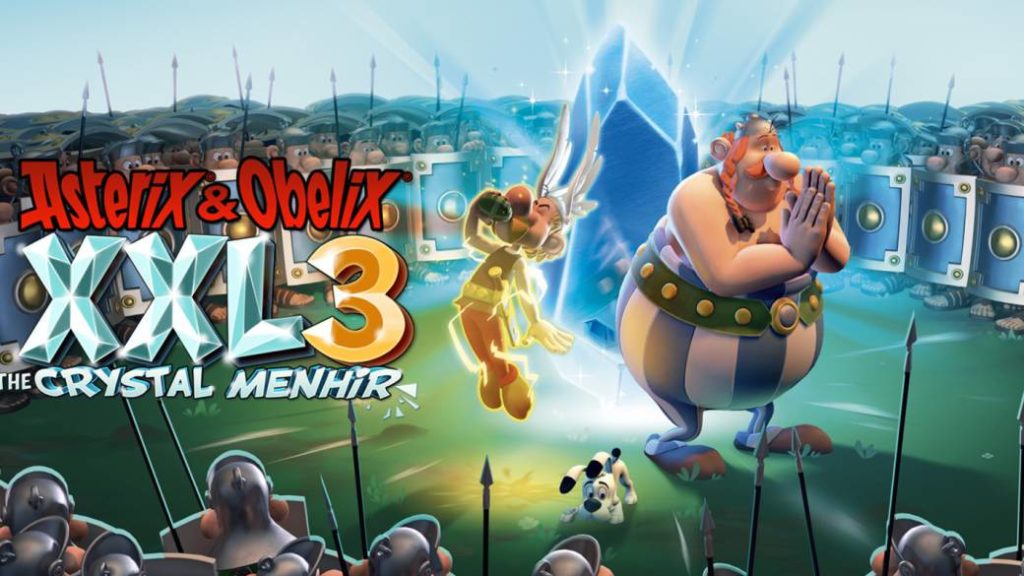 Dressed in a good shipment of magic potion, a ravenous hunger for roasted wild boar, and the intention of negotiating with the always Roman diplomats, we embark on this adventure throughout Galia in cooperative mode. Can you come with us?

It was the 90s. Like any other afternoon, we stayed with our friends in one of the recreation rooms of the city to enjoy our favorite hobby. But that was late was different: a lot of people accumulate around a new piece of furniture, where the always infallible logo of the Japanese company Konami stands out. At that time, they were the kings of place.

Among smacks, blows and screams really familiar, we managed to see the action on screen: giant sprites, bright colors and the famous Asterix and Obelix releasing bulkheads in the new cooperative Beat’em’up of the creators of Turtles in Time. All the action of our favorite comics and movies (unforgettable those Sunday mornings watching the 12 Asterix events) condensed into an experience impossible to live at home. That was the grace of the recreation rooms that we have already seen recreated in many other games renewed for today.

After the legacy of fun

That is why, with the announcement of a new video game based on the characters of Goscinny and Uderzo, a wide sector of players (mostly combing gray hair) seduced us particularly one of the most crowded options of the title at hand: the action Classic of the saga returns in local cooperative format. Nostalgia unleashed. 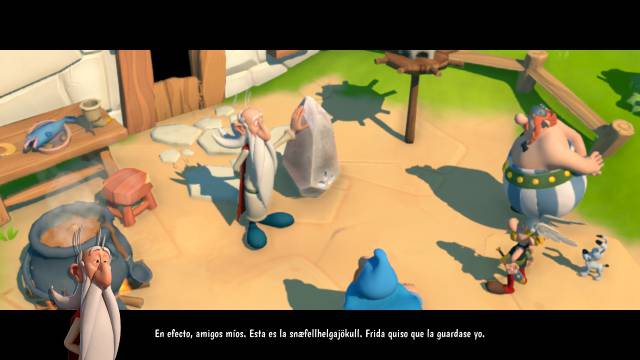 Many have been the incursions of this emblematic couple in the world of videogames. We remember your journey through Super Nintendo with the adventure of Bit Managers, the passage through Sega consoles in the unforgettable The Great Rescue, and the release of Playstation 2, PC, Advance and Game Cube in the XXL series, with two correct chapters. Of this last one we had a remastering recently, and after its moderate success, Osome and Microids launch into the pool with Asterix & Obelix XXL 3: The Crystal Menhir, they decorate it with a special edition perfect for nostalgics, and assures us of the cooperative experience of Asterix definitive.

Unfortunately, not even the most powerful magic potion in Panorámix could save the video game at hand. Asterix and Obelix XXL 3 has proved, in each and every aspect, to be a disappointing game. We explain why. 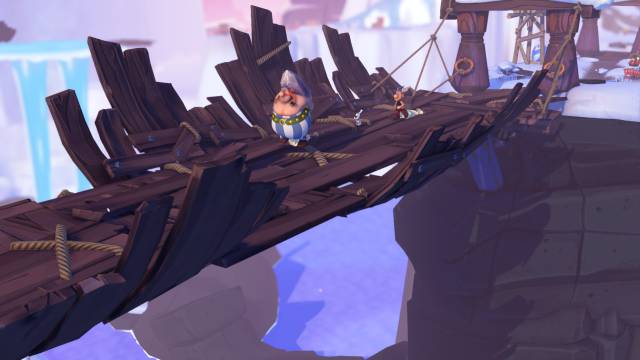 In a small village …

The central story of Asterix the Gaul we all know: while the Roman Empire extends its territory without compassion throughout Gaul, there is a small village that has not been able to bend. Good fault of it has a mysterious magic potion that, thanks to its incredible powers, gives unlimited strength to whoever drinks it.

On this occasion, there is something that has really worried Panoramix: his old friend Priestess Tales has contacted him (by ordinary mail, so the situation may be already insurmountable) that the disaster looms over his people . Only with the help of the most charismatic gala couple of the place, a good shipment of magic potion and the invaluable help of the mysterious menhir – what a coincidence, it has always been in the hands of Panoramix, and we without knowing it – can glimpse a glimpse of hope. 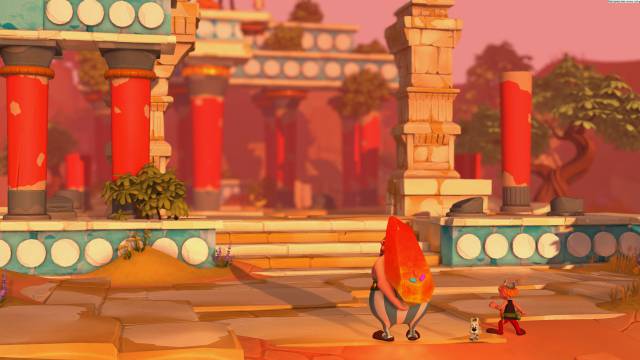 The first measures of the game are sincere with the user: in the title we are dealing with the beat'em'up action from a “top down” view is the basic premise, seasoned by some nuances of exploration (we will find golden laurel wreaths and dice Romans hidden everywhere) and overcoming scenarios with some other obstacles (giant balls that fall from the hillside, air currents, etc.) that are nothing more than a mere process to reach the next challenge of the game.

And it is that the sauce of Asterix and Obelix is ​​found in the fortresses, the Roman camps and those places of conflict that, by way of individual phases, we must overcome in order to advance in history. The variety in the action is put by the special blows, the use of the menhir that Obelix carries behind his back and, in the case of playing without company, alternate between the handling of both characters according to the situation. 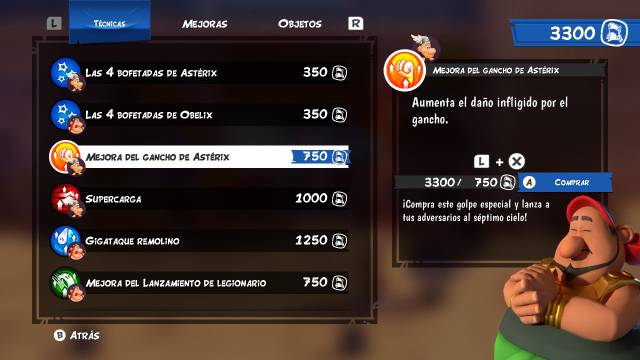 In addition, we can redeem the Roman helmets that we accumulate for improvements and new skills. The elements give powers to the glass menhir, allowing the resolution of various situations using elements such as fire or ice, or attracting metallic objects (poor Romans) through their magnetic faculties.

The monotony does not take long to appear, both at the level of development and in the interactive factor. The gameplay leaves little room for improvisation, pounding buttons becomes the main dynamic, and the feelings we have at the controls are not good. Uncoordinated animations, sounds that are emitted when we have already hit our opponents, and movements made without the slightest attention to the original work. To be clear, Konami's classic 2D Arcade recreated with much greater success the aesthetic bases and humor that distilled each page of the original comics. 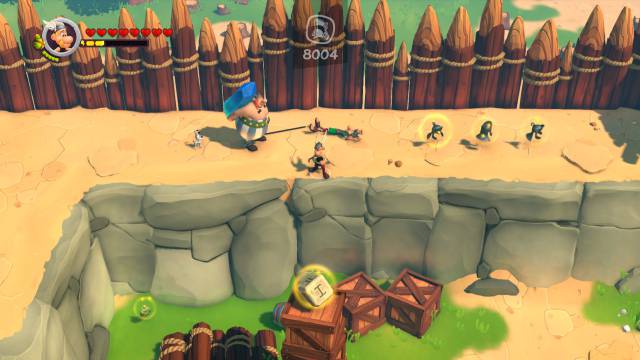 In the villages and settlements we will talk with its inhabitants and, in addition, they will entrust us with fundamentally nondescript secondary missions, which often will not be at all interesting. Luckily, the charisma of some characters and the correct translation into Spanish of the nice dialogues that take place during the adventure will become some of the strengths of the title, only advisable for fans of comics and players who want a beat 'experience simple and direct em'up.

The cooperative mode is the best of the game, because we can unleash actions that involve the two protagonists when sending the Romans to heaven, to see them fall again after having received a good blow from menhir.

The magic stays in the cauldron

On a visual level the game is correct. A colorful visual setting, a cartoon finish quite successful in both scenarios and characters, and a striking volumetric lighting. The other side of the coin we have in the technical aspects of the title (both in dock and in portable mode does not end up looking clear, the latter being the one that takes the worst part), we will suffer framerate downturns in the areas of more stress, and at a general level we will always have the feeling of being before a poorly finished product, elements that also move to the soundtrack and the mediocre sound effects. 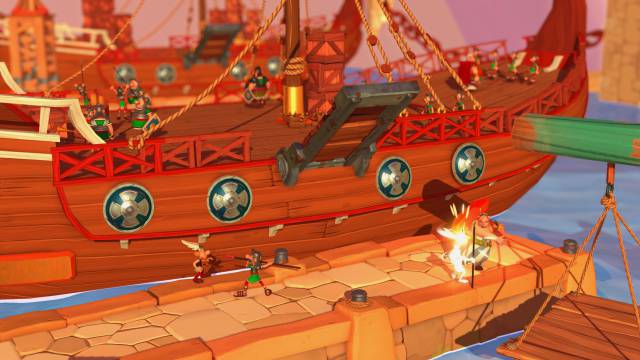 As we have said before, at the animation level the title does not do justice to the films, with awkward movements, an unconnected timing and, in general, a lack of charm that, for nothing, is worthy of such a beloved series. A real shame.

Game analyzed on Nintendo Switch with a code provided by the editor.

Asterix and Obelix XXL 3: The Crystal Menhir is a beat’em’up that does not do justice to the characters of Uderzo and Goscinny. With the nostalgia put in the Konami arcade machine, the cooperative mode of this new production, despite being the most fun of the game programmed by Osome, is not enough to save the title from mediocrity. Monotonous development, a poorly adjusted gameplay and a very improvable visual factor, make this adventure something advisable only for the diehard fans of the gala couple.