You are here: Home / Blizzard Entertainment / Blizzard is redeemed in a Blizzcon full of ads 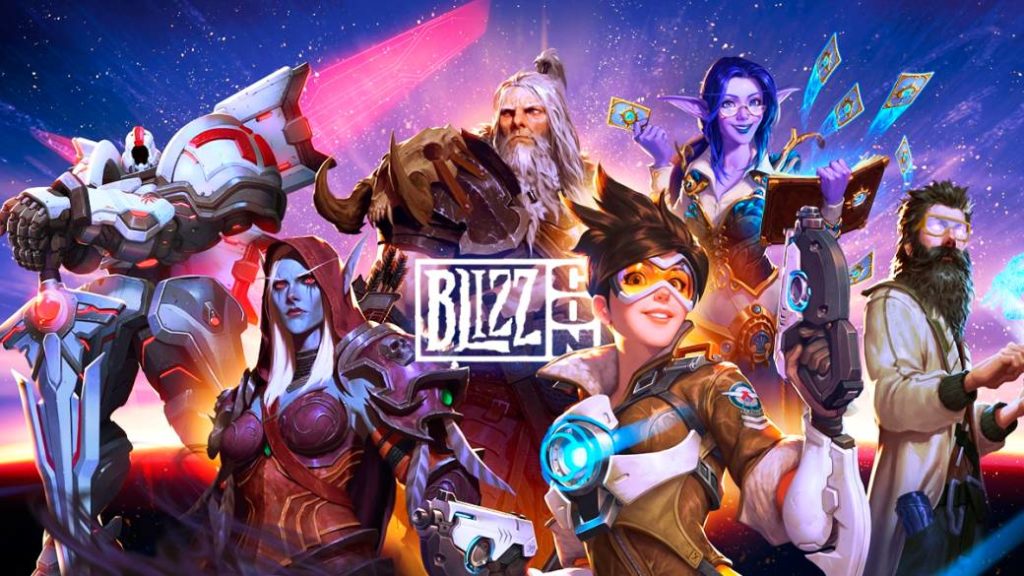 Diablo IV, Overwatch 2 and new expansions of World of Warcraft and Hearthstone mark the differences with respect to the last Blizzard conference.

The BlizzCon 2019 did not disappoint, with a large number of announcements and level innovations as a new installment of one of the most legendary sagas in the industry: Diablo. His mere presence would serve to qualify this year's event as a success, but the leaks of the last days subtracted the surprise factor, leaving behind him the feeling that the public needed something else.

Blizzard Entertainment annually celebrates in Anaheim, California, the convention of a larger developer in the entire industry. A tradition that began in 2005 and continues to this day, serving as a celebration for all its franchises in what is already one of the great annual dates in the world of videogames and a pilgrimage for the most faithful to the Irvine company.

Despite all the criticisms and controversies that Activision Blizzard has accumulated in recent times, BlizzCon continues to be one of the events that raises the most expectations among players around the world. As usual with the company's new releases, holders of a physical or virtual ticket will be able to access the beta of the expected Warcraft III: Reforged, which will be available no later than December 31.

We review the most prominent ads in this BlizzCon 2019: Diablo 4, Overwatch 2, World of Warcraft: Shadowlands … All of them presented with cinematic of great epicity and technical invoice, as we are accustomed. The year 2020 promises great emotions for all players and, especially, for Blizzard fans.

One of the most important sagas of the company presented its fourth installment with a kinematics that left no one indifferent. The great announcement of the night did not disappoint, presenting a story that takes place several years after the events that occurred in the previous installment and that presents Lilith as the new great enemy of the saga.

Beyond the kinematics, Blizzard also presented the first gameplay, highlighting a much darker world and all that can be given by the three classes presented: Barbarian, Druid and Sorceress. A remarkable evolution at graphic and playable level with which it is intended to return to Diablo all the prestige lost in the previous installment.

Diablo returns to its darkest essence, which always characterized a capital saga in the industry and revolutionized the Action-RPG both for its playability and for the online features introduced from the first title and perfected by the fantastic Diablo II.

Without an official date, it is very possible that the game will be available in 2020 because it will be released on PC, PlayStation 4 and Xbox One at the same time. This is the year in which the new Microsoft and Sony consoles will be released.

The Blizzard FPS has become accustomed to living with the controversy since its birth, and the announcement of this sequel was not going to be less. Overwatch 2 will continue to have the multiplayer game as its main point, but it will add the much-demanded story mode that was only seen in some cooperative events in the base game. The owners of the original game, according to Blizzard, do not have to worry, at least in the short term, will it be mandatory to make the leap to this second part to fully enjoy the Overwatch experience?

New maps, heroes, game modes and a remarkable graphic improvement are some of the novelties of a necessary renovation so that the hero shooter can continue to evolve and grow within the industry. The arrival of Overwatch 2 does not mean the disappearance of the base game, and it is that both will coexist. Overwatch players who do not want to make the leap to the sequel can continue playing with those who do, receiving new maps, heroes and even a new game mode.

As in the rest of the ads, Blizzard has not given an official date about Overwatch 2 and has asked for patience from all the fans of the frantic FPS, with which it seems they will take their time to have the best possible product. This will depend on the sustainability of this, the great commitment of the American company in esports with its millionaire Overwatch League.

The 25th anniversary of Warcraft is the 15th for World of Warcraft, the MMORPG that changed the industry forever. An outstanding event before Blizzard knew how to live up to, with the presentation of a new expansion, Shadowlands, which despite the leaks ended up surprising everyone through a fantastic cinematic in which Sylvanas puts Azeroth upside down.

The current Lich King, Bolvar Fordragon, is defeated by Sylvanas, who does not hesitate to destroy Ner’zhul's hull and thus allow us to visit the kingdom of the dead for the first time in the history of World of Warcraft.

Visiting the Shadowlands, a new leveling system, the power of the pacts or the Tower of the Damned, a roguelike-style dungeon that will offer us a completely different experience every time we face it, are some of the novelties They will arrive with the new expansion.

Without official date, Shadowlands will arrive in 2020 and will allow us to continue deepening in a universe and history that continues in full form either in Retail or Classic. 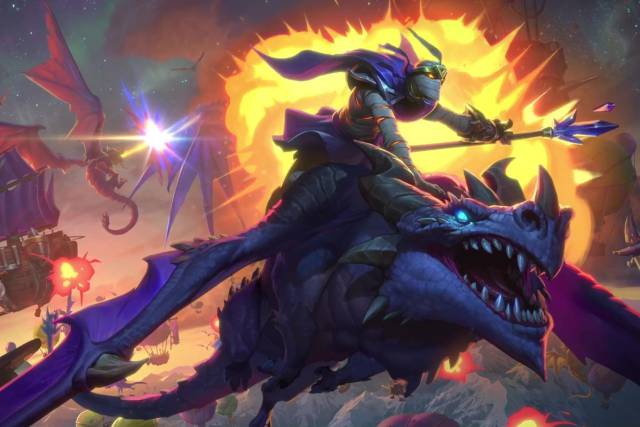 The popular card game based on the Warcraft universe will have a new expansion, The Descent of the Dragons, in which there will be novelties as outstanding as Battlefields, a new game mode for eight players with which they will try alongside the new cards capture the interest of the maximum number of players.

Hearthstone lives a key moment, with the threat already established of titles like Teamfight Tactics or the future card game of Riot Games: Legends of Runeterra.

Heroes of the Storm and StarCraft II breathe 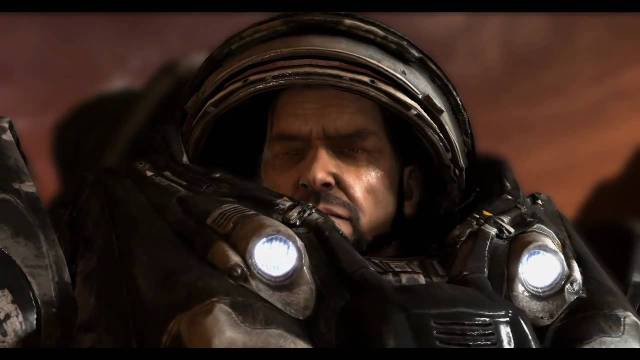 The MOBA that arrived too late, with the genre already settled and two titles with a millionaire audience like League of Legends and Dota 2. At the end of last year, Blizzard closed the esports of Heroes of the Storm, but despite what could be a death sentence, the game continues to be updated, and proof of this was a new hero presented in the BlizzCon: Deathwing.

On the other hand, StarCraft II for the second consecutive year introduced a new cooperative commander: Arcturus Mengsk. An insufficient novelty for the followers of this RTS, who expect a third installment of the Blizzard space odyssey. 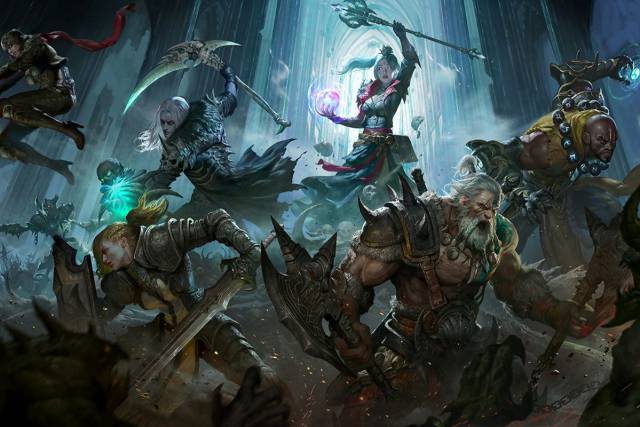 Surprisingly, Diablo Immortal, the mobile video game announced in the past BlizzCon had no presence at the inaugural conference of this edition. Without a specific launch date, the Blizzard MMOARPG has the necessary ingredients to become a machine to generate profits thanks to its mobile potential.

A new trailer and a demo for BlizzCon attendees in which they can test the demon hunter are the novelties about a game that will be placed between Diablo II and Diablo III. A moment in which Sanctuary recovers from the invasion of Baal.

Renewal to Battle.net, the Blizzard client 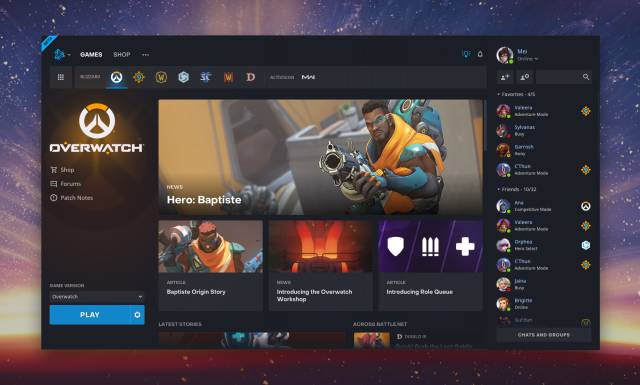 From this Friday, all those who signed up to test the Battle.net updates will have access to the beta of the new client. A new design that promises to be familiar and intuitive, although it has in itself the difficulty that these types of changes cost to be accepted by any community. Tell them if not to Valve and the latest modifications to the Steam library.