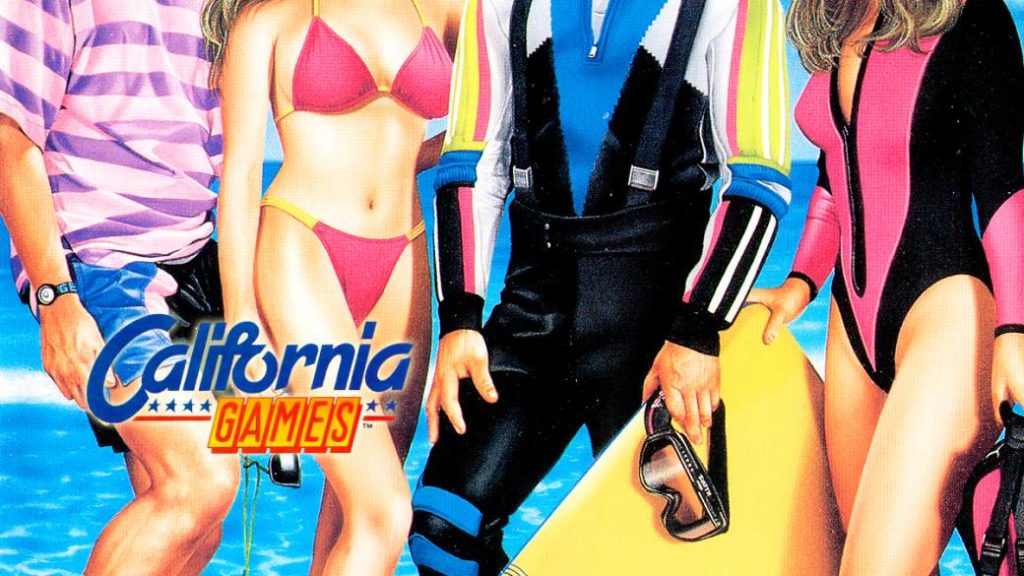 We analyze Epyx’s summer classic, California Games. Launched for Commodore 64 in 1987, it quickly ported to other desktop systems and consoles.

In 1987 the now defunct company Epyx created one of the most remembered sports games for which we have been behind us for a few years; we are talking about California Games. It did it for the Commodore 64 computer but it was such a success that it had conversions to practically all the entertainment systems that existed and to come, such as Atari 2600 or Mega Drive among others.

The proposal was most refreshing and consisted of bringing together typical American sports – six – in a single video game, some as surprising as the Footbag or the Roller Skating. As we say, this fantastic combination paid off as more than 300,000 copies were sold within the first nine months of life, amazing for a market, the video game, which had not yet taken off completely at that time.

This was at least the idea they had for the game, to recreate typical California sports from the 80s, although the truth is that many of them were already practiced in many different countries. Despite its success, it was not the first Epyx title to focus on various sports disciplines, since before it the company developed up to four games on this theme; Summer Games I&II, Winter Games and World Games. 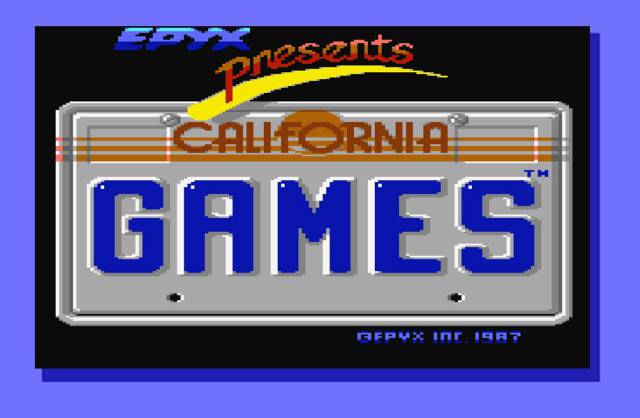 At California Games they could play one or two players, choose a sponsoring team and jump to the different tracks of the program to win the best scores and times on them. One of his main curiosities was that Epyx reached agreements with brands such as Casio or Kawasaki to make them appear in the video game, making California Games one of the first electronic entertainment programs to include advertising.

The tests are six, namely between; Half-Pipe —not to be confused with Half-Life, which we see you—, Roller Skating, Surf, BMX, Frisbee and Footbag. In the first, the player climbs onto a skateboard and tries to make points in a half tube, in the second we dodge obstacles on the course with our skates, the third is going to surf waves, in BMX we cross a circuit of cross with bicycle, in Frisbee throws one of these discs as far as possible at the same time that we must catch it before it falls and in Footbag we tap our legs with a small ball filled with seeds. Nothing else. And although today it may seem low in content, it was a blast. 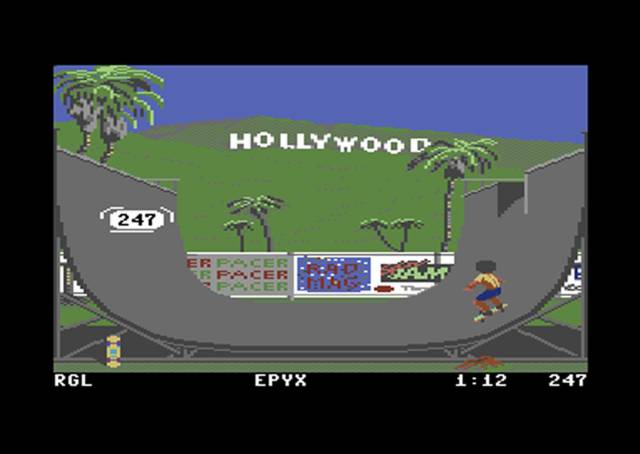 The game modes were simply two; compete or train. Of course, in the first you could compete in all the events, only some of them or only one, while in practice you could select the one you wanted from all without affecting the ranking of scores. On the other hand, the controls were as simple as they were effective —although somewhat harsh is also true— because with just a button and the help of the joystick, they performed the tricks, jumps and other movements that the game required to break records. But do not be fooled by the simplicity of the controls because California Games had many movements to perform for each test, with different scores each, and of some complexity according to the discipline.

The possibility of competing two people on the same machine added a bonus when it came to picking on the friend on duty as it caused endless afternoons of healthy disputes to see who got the best time, points or touches with the small seed ball. Obviously it would have been better with an online section but that is something that in 1987 was still far away.

California Games was not what a technological exponent is said in Commodore 64, there is for example a title – also from Epyx – previous to this, Summer Games II. The aforementioned had a little more detail on stage and animations you laugh at Prince of Persia, released later and created by Jordan Mechner. California Games also had great animations but a rung below previous developer works. What did attract and a lot of attention were its settings, much more cheerful than the usual corseted sports venues. On this occasion, the athletics tracks or stadiums are replaced by stages open to sunlight, with a beautiful palette of colors and summer motifs. The sensations were very different compared to the other “Games” of Epyx and that, together with the American air that printed the title of the video game, helped it to have a good reception. 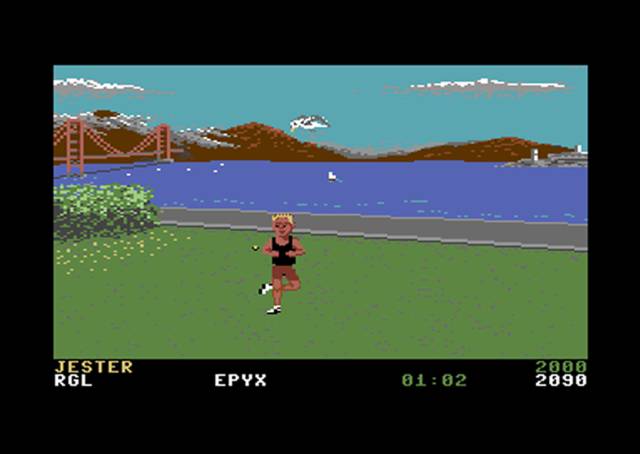 The characters were of considerable size in each of the disciplines, an achievement that is not only unique to California Games but in this, however, it was necessary to combine this characteristic with good modeling of them, details and animations.

Commodore 64 had a very advanced sound chip for its time and despite the fact that not all sporting events had a musical theme – and that was less in number of disciplines than previous ones – the melodies contained in the tape were of very good quality and easily hummable. One of the most remembered is precisely the theme of the game’s presentation.

California Games was a breath of fresh air for sports games and not only for the tests it contained, very different from the usual ones. The setting and colors used played a very important role in the player’s head and transported them to that American environment so dreamed of by the youth of the 80s. It had very strong points in the technological section but where it was most important was fun. Of the tests.