You are here: Home / News / Call of Duty: Modern Warfare and Warzone present Season 5 in a new trailer 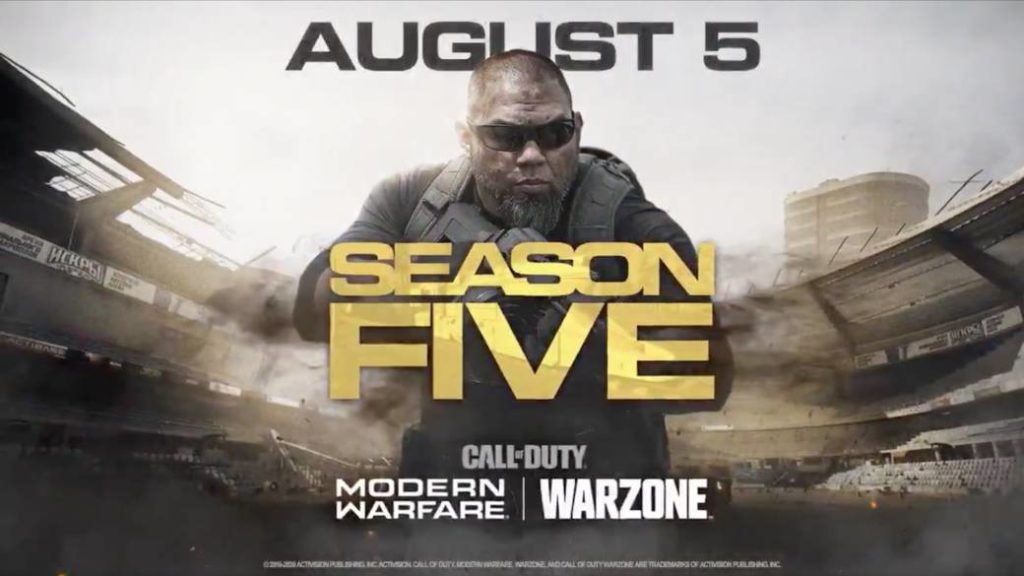 Activision and Infinity Ward already have everything ready for the launch of the new content, which will take place on August 5.

Although the pre-download for Season 5 of Call of Duty: Modern Warfare and Warzone is now available on PlayStation 4, players won’t be able to try out the new features and content until August 5 at 8:00 p.m. (PT) for sure. The chronometer continues to advance, but those who want to open their mouths and taste an aperitif can enjoy the new trailer in this same news, on these lines. The production of Infinity Ward is about to receive a wave of content, so it only remains to wait for the indicated date to launch on the battlefield.

In addition to the new Shadow Company faction, users will have access to two new weapons and other new features that will be revealed as the season progresses. The trailers have been preceded by a series of teasers that anticipate some events, such as the arrival of the trains on the Verdansk map. All the information that there is to date about Season 5 can be reviewed in this news from FreeGameTips.

Verdansk will never be the same.

Open the stadium. The train arrives. And the battle expands. Season 5 of #Warzone and #ModernWarfare begins on August 5. pic.twitter.com/7s1F1KfmzE

The patch will be heavy

The one who warns is not a traitor, and Infinity Ward has already warned that the download of the Call of Duty: Modern Warfare update will not be light. Still, the North American developer has confirmed that once installed in the system, the full size of the video game will be reduced, so that the hard drive will be able to breathe a little better. Since its launch, the studio has struggled to condense all content into compact sizes, although the company has repeatedly apologized. Be that as it may, the patch incorporates many of the innovations that will be seen in Season 5.