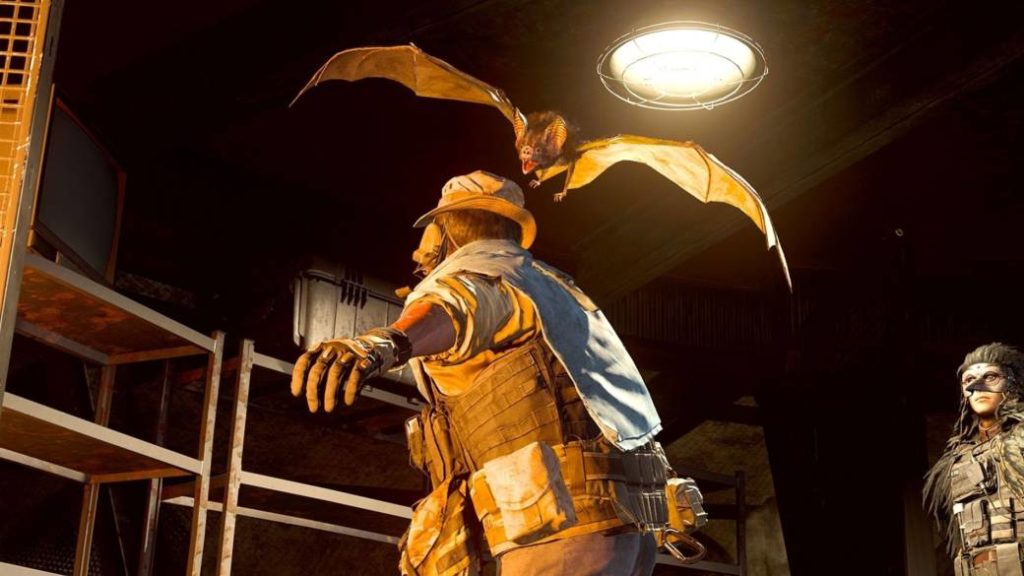 With the launch of Season 6, many new features have arrived, among which is this curious character.

He doesn’t shine in daylight or his last name Cullen, but at twilight, the vampire Edward can appear in the middle of the Call of Duty: Modern Warfare and Warzone battlefield. No, it is not a joke, this bat is one of the additions of Season 6 of the video game, which we already detailed in this news. It’s actually one of the final attacks in the title, allowing you to catch your opponent on his back and unleash the animal against the enemy. The vampire will tear off his head and disappear in a cloud of smoke.

Halloween is just around the corner, and Activision and Infinity Ward have not hesitated to join in the festivities. Modern Warfare may not have a zombie mode, but that doesn’t mean they didn’t use dangerous creatures to rip through enemies’ bodies. In addition to the bird, the dog and the hyena, the Americans will soon launch a special bundle to celebrate this celebration, the Undead Force bundle. From what has been said, he will add an undead companion as a final attack. Hellhound’s bite does not leave scars, because you drop dead before they form.

Call of Duty: Modern Warfare has been available on PlayStation 4, Xbox One, and PC since October 2019. Meanwhile, Call of Duty: Warzone was released as a free-to-play standalone game in March 2020 and on the same platforms. The battle royale has a lot of life ahead of it, since they have already confirmed that it will continue to be updated when Call of Duty: Black Ops Cold War is released. In fact, it will evolve at the same time with new content.

Call of Duty: Black Ops Cold War is set in the Cold War era, a time of uncertainty that faced the United States, the Soviet Union and the allies of each of those countries. The game will be available on November 13 on PS4, Xbox One, Xbox Series X and Xbox Series S. The PlayStation 5 version will arrive in Europe on the day of the console’s launch, on November 19.