You are here: Home / News / Call of Duty: Warzone details its new subway network in Season 6 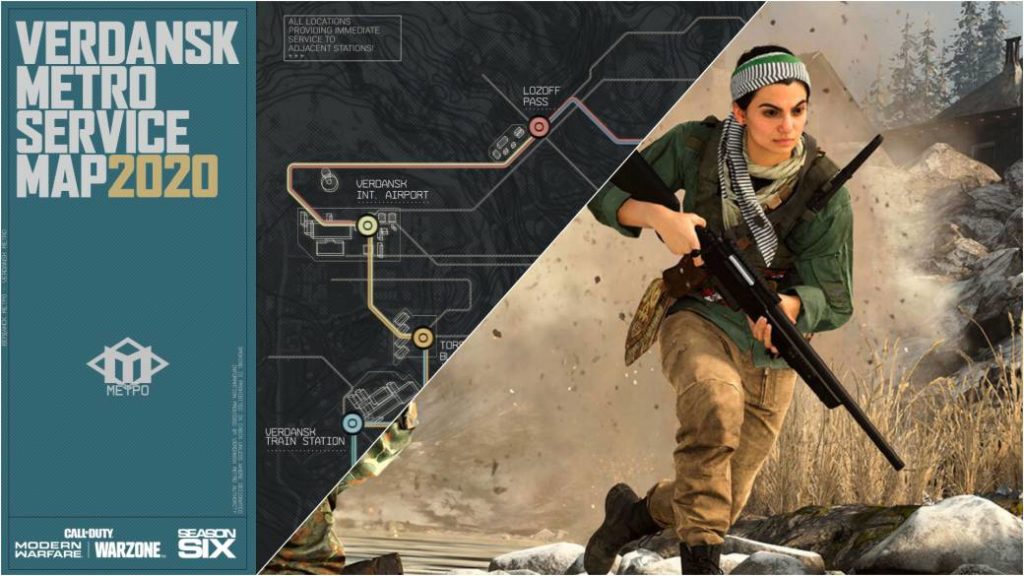 Season 6 of Call of Duty: Warzone brings with it the opening of the Verdansk metro network. Know what stations there are and how to face combat.

The metro line in Verdansk will open as part of the Season 6 news for Call of Duty: Warzone. The complex tunnel system under the terrain of the original map will allow players to quickly travel to various critical points.

There are 8 subway stations around 7 stations between the following districts: International Airport, Lozoff Pass, Verdansk Center Stadium, Downtown, Barakett Shopping District, Train Station and Torsk Block. Once inside, you will find different rooms with loot that will lead to the subway tracks.

Yes, there will be trains that will take you between the different stations. The study assures that they will be frequent, although it will have certain restrictions. If there is a shooting inside the carriages or platforms, the train will not start. It also won’t take you to a station outside of the toxic circle, so each trip will take you to a safe destination.

Where we stopping? 🚇🗺️

Study the stops of the new subway system coming to #Warzone for Season Six. pic.twitter.com/HelR0RCzdP

Within its network you will find a multitude of emergency exits, stairs that will lead to the outside in case you see danger in sight. The location of these holes has not been revealed, but it is expected that they are scattered around the stations. The subway has nothing to do with the train provided in Season 5. This will continue to operate on the surface as normal, only now you can have another vehicle to move around during the games.

Infinity Ward made available to players 10 tips on how to deal with the new content. They hope that the metro will “change the rules of the game”, both in the way of navigating and in using them to cover the rest of the threats on the ground. Classes should adapt as well. Being enclosed spaces, SMGs will dominate firefights compared to the usual sniper rifles or light machine guns.

For its part, Season 6 of Call of Duty: Warzone will arrive on PS4, Xbox One and PC on September 29.