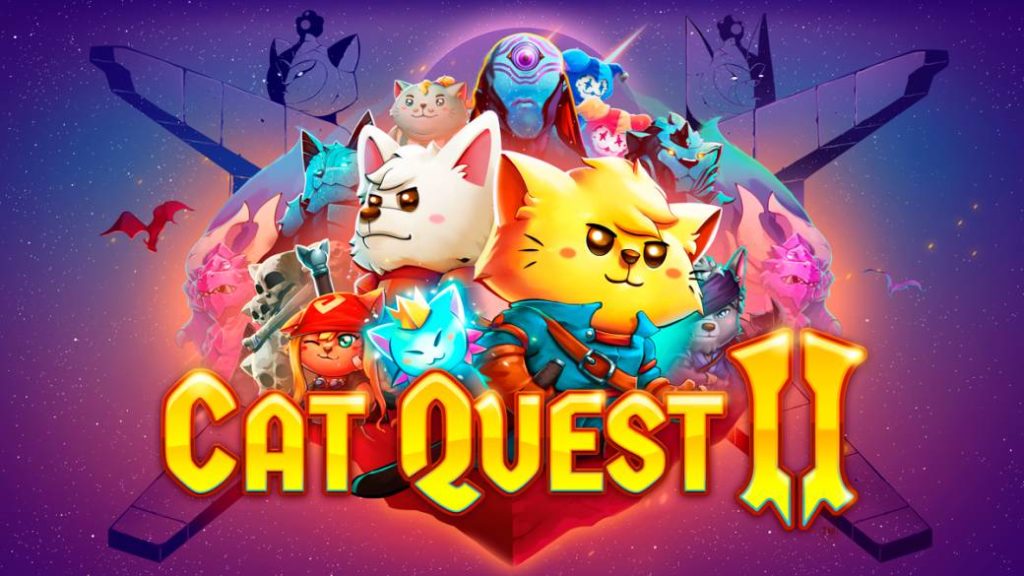 The second installment of this adorable RPG redefines the expression "get along like dogs and cats."

Cats are one of the most loved pets for mankind, judging by the success of the cat videos that flood the Internet. Already revered in Ancient Egypt, these adorable furry, big-eyed and pointed-eared pets continue to wake up to the most sleepy tenderness. It is not surprising, either, that the inclusion of a cat in a video game increases its charisma and initial interest. Gato Roboto brought us a metroidvania starring the kitten Kiki, which at first glance made him discard with respect to other titles of the genre. Previously, The Gentlebros brought us in 2017 Cat Quest, a lovely aRPG set in a cat continent and that honored Skyrim. This fall, the second part of this epic miauventura came to Windows PC, PS4, Xbox One and Nintendo Switch. Its tenderness, its cooperative mode and its accessibility make it one of the best Christmas proposals, since, like its predecessor, it is a friendly title even for the less experienced audience in video games.

Cat Quest brought us a very simplified RPG system, implemented in a cat universe full of humor and references to popular culture. Under his apparent frivolity a narrative twist crouched that conveyed a beautiful message about pet loyalty. His final cliffhanger also promised a second part: Cat Quest II: The Lupus Empire.

In Cat Quest we received brushstrokes about the eternal war between Felinia's kittens and the dogs of the Lupus Empire. In this second part, we move towards this conflict based on one of the best known axioms of the animal world: the irreconcilable rivalry between dogs and cats. Nonetheless, it seems that two heroes, known as the Sangrerreales, are destined to change the world: a dog and a cat, both kings of their kingdoms, have been banished and must cooperate to recover their respective thrones. Guided by the guiding spirit Kirry, his miaujestad and his ladrestad must dethrone the tyrants Lionel and Wolverine, for which they will need to go in search of the Royal Sword, a legendary artifact that will ensure their victory.

The role-playing system of Cat Quest II does not innovate much and respects the simplicity of the previous game. On a vast isometric map, the strange couple must travel the land of Felina and the Lupus Empire in pursuit of their mission. The combat continues in real time, with enemies scattered around the map and many others belonging to the mission that we have at hand. Our Sangrerreales will be equally prepared for both the sword and the witchcraft, and class specialization will depend on the weapons and armor with which we equip our pets. Of course, our adventure will not only be subject to the main mission, and we will not lack dungeons and ruins where we can increase our experience and find juicy booties. To save the game and regenerate our health and mana, we will rest on one of the rocks marked with a blue heart and that will act as an inn. Likewise, we will find secondary missions granted by the NPCs that show a sign of admiration above their head. As in the previous installment, these different expeditions follow their own arc with very interesting plots, through which it is transmitted to us, drop by drop part of the core message of the game: the value of friendship. 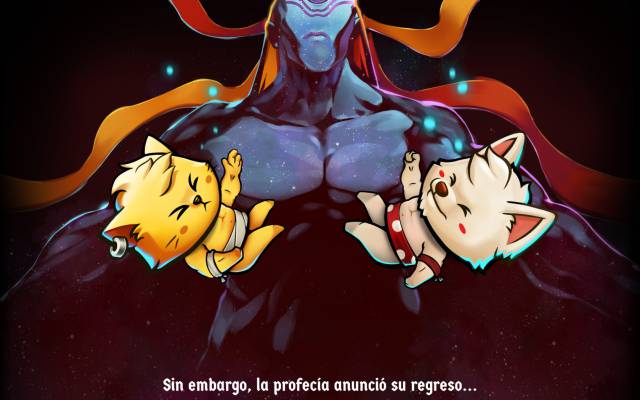 Two better than one

The greatest innovation of Cat Quest II is its cooperative mode, with which the game itself conveys its own lesson on cooperation and peer union. The game is designed for two players and the fighting is prepared so that only the duo can face them, so that if one of our heroes falls, victory is much more expensive. While one adventurer is unconscious, the other can revive him if he stays long enough by his side. If both fall, the game is lost and we start at the last save point. Thus, Cat Quest II shows a greater difficulty than the previous installment, but maintains a very fair and affordable challenge, where players must keep in mind that to succeed, coordination, the selection of missions according to the level and mastery of Dodges and attacks.

Thus, each couple will find the best balance with their Blood Cereals and specialize accordingly. Thus, the same will happen with magic, since we will find 12 spells in total that we must distribute, taking into account that each hero can only equip a maximum of 4 spells. However, if we become full magicians, we will accumulate a repertoire of wands so different that we will have to change often from one to another, and a direct menu is missing as an alternative to assiduously going to the inventory. 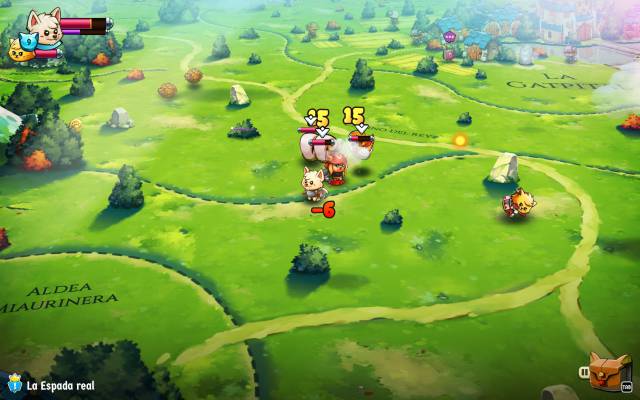 In combat, we will see enemies already known from the previous Cat Quest, to which new ones are added. Your pattern will be easy to identify with your design, and we will continue to expect your attacks and the area they will affect. With each hit, we will see according to the color of the damage points to which attacks are vulnerable or resistant. Thus, we are encouraged to vary from team throughout the game, since each weapon and armor has its own advantages and encourages us to vary according to the mission and the type of enemy. In the stores of the two blacksmiths of the game we can improve our equipment, while in the Arcane Gatisede we will increase the power of our spells.

Perhaps, the only but that can be put to Cat Quest II is how orthopedic the handling can be if we play alone. On PC, we can customize the controls to our liking and the mapping on PlayStation is very intuitive and easy to memorize. However, changing characters can become heavy and, although the artificial intelligence that drives our partner is quite logical, it is not always perfect. However, Cat Quest II is an adventure designed for two players, both in its mechanics and narrative. 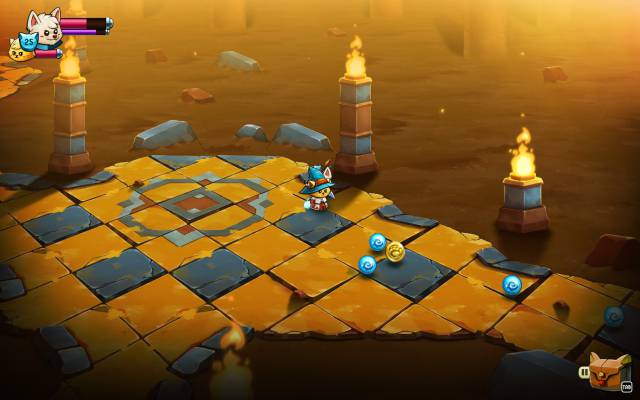 Cat Quest II: The Lupus Empire is an excellent successor, which preserves the entire personality of its predecessor: its tenderness, its fresh humor, its adorable graphics and its jovial soundtrack, where the previous and new themes are combined. Comicity continues to be present in all aspects: in a language typical of the cat and dog universe, full of perfectly localized puns – although the translation of some texts confuses the genre of several NPCs; a design of hilarious weapons and armor, dungeons and side missions with a jocular touch and an abundance of references to popular culture that does not saturate the player.

But the greatest charm of Cat Quest II is not only its humor or the construction of a universe populated by cats and dogs, but its message and the warmth conveyed by its history. The plot, in this case, may be somewhat predictable, but its expected resolution is more than satisfactory. And, although the main mission does not take more than 8 hours of play, the game itself invites us to do with the 13-14 hours that add all its secondary missions, dungeons, ruins and Easter eggs, just to know small stories and emotional stories , in addition to discovering new details full of a sweet and innocent humor.

This game has been analyzed in its version for Windows PC and PlayStation 4. 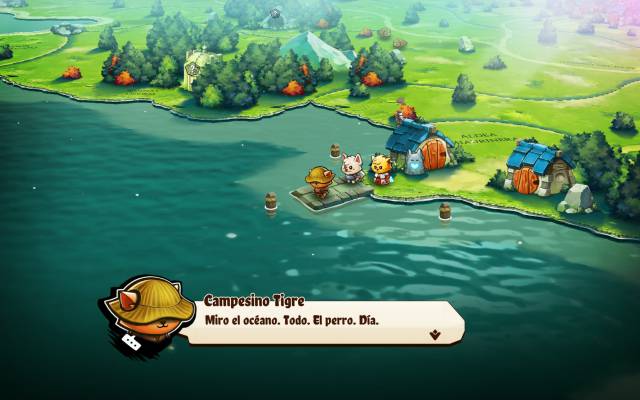 Cat Quest II: The Lupus Empire is a worthy successor to Cat Quest. It maintains all the essence that made its predecessor so special: an adorable setting, an original universe populated by cats, a fresh humor, a simple and affordable system and a very tender message. This second installment is designed around a cooperative mode where a Blood cat and dog join forces to recover their thrones. Embarked on an exciting adventure that maintains a good balance between main mission, secondary and dungeon, we will discover a simple and beautiful fable about the value of friendship over prejudice.