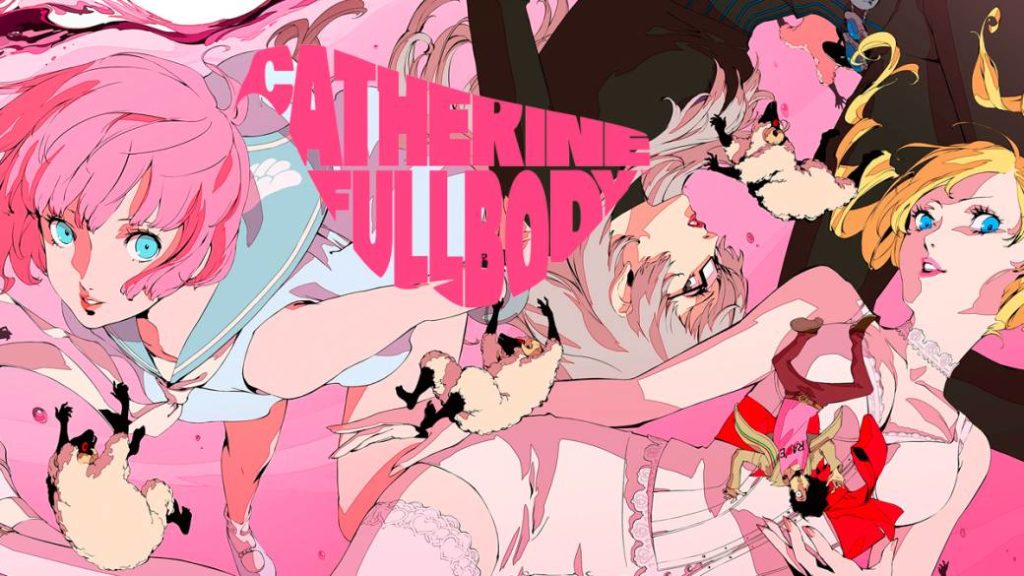 Welcome to the Golden Playhouse. Prepare to be part of a complicated love story, where elements such as sex, betrayal, friendship or heartbreak are used as an explosive cocktail. But, like good wine, will it have improved over the years?

For those of us who experienced a whopping nine years ago, experienced Catherine’s launch for Xbox 360 and PS3 in first person, we are faced with a game that went far beyond its attractive artistic design, courtesy of the always brilliant Shigenori Soejima, and his sensual narrative proposal, which placed us under the role of a man in his thirties about to get married, to whom the appearance of an attractive woman highlighted his insecurity and emotional immaturity.

From the interactive basis of the title at hand, a video game of puzzles and applied logic with bits of visual novel and elements that reminded us of sagas as a Person, all the charm that made us enjoy for almost ten hours in our first game remains.

Have you ever heard that if you die in the dream world you will also die in the real world?

But 9 years have passed, the game has been released on PS4 under the subtitle Full Body, and its arrival on Nintendo Switch offers us the possibility of playing anywhere (the vita version is ruled out in the west). Exactly, we can also feel like the protagonist himself, who hides in the bathroom when he wants to open one of the messages from the sensual Catherine (with C), without the relationship with his fiancée Katherine (with K) being threatened . As if it were so simple … 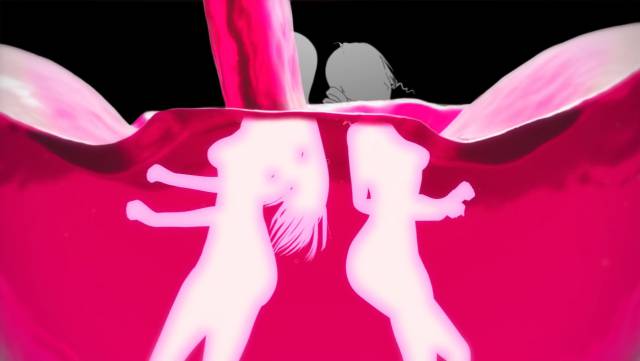 Despite the fact that we are going to try to focus the objective of this Reviews towards the performance of the title on Switch and its (almost non-existent) news regarding Full Body on PS4 (you can access from here the complete Reviews of our partner Laura Luna), we will take the freedom to also review the aspects surrounding the new character – the charming Rin – and the extra game modes, as well as the types of tiles specially designed to deepen the puzzle system of this new version of the work directed by Kenichi Goto, take the cool witness from Katsura Hashino.

Catherine: Full Body puts us on the skin of Vincent Brooks, a 32-year-old man determined to settle down with his girlfriend Katherine who, despite the support of his friends and the devotion he has shown to his partner in recent years years, he sees his world shake when he meets the sensual and mysterious Catherine. From there, his life is transformed overnight and, in the first case, his nights become a sea of ​​nightmares where he seems to be totally trapped. Has the path to infidelity caused this? Who are those ram-shaped men you meet every night as you climb to freedom? 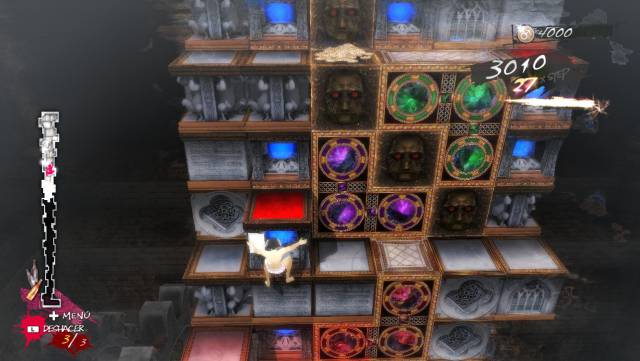 The narrative core of the title is complemented this time with the addition of a new character: the charming Rin seems the perfect girl, innocent but at the same time intelligent and morally of great integrity, and the mutual support that both characters profess gives rise to new scenes and unpublished situations (both during the puzzle phases and when we interact with our friends in the Stray Sheep), quite well integrated into the plot of the game, although somewhat wasted in the face of the final resolution (remember that we are facing a title with multiple possible endings).

To the essential contents of the title are added online options in modes such as Babel or the Colosseum, elements that make the addictive and perfectly designed puzzle system shine even more. Climbing moving blocks and taking advantage of the different types that appear as we complete the adventure (explosives, ice, immovable, with a life of its own …) is complemented by new sets of tiles, which move in unison and remind us of the classic Tetris or Columns. If it is too much for you, the accessibility of the game allows you to choose various modes and activate various types of help. 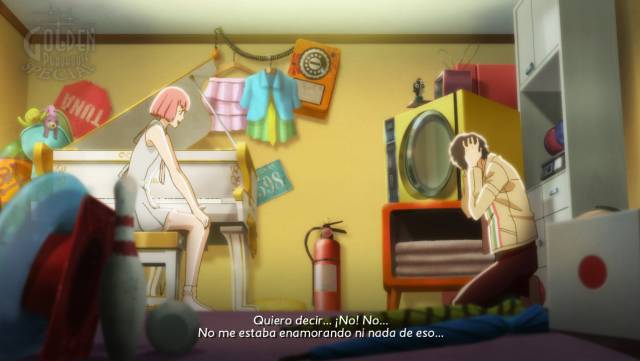 And all this is very fun whatever our decision: play the main adventure, cooperatively overcome the well-known Babel mode, or compete online against the best in the world through rampant races to the top, climbing the rankings or overcoming qualifying games . However, we have to admit a bug that continues to drag the game from its first version: the camera does not always work well, especially when we want to go around the blocks climbing the back of the stages.

The novelties of Switch go through the possibility of selecting between new voice actresses to bring Catherine to life, or unpublished sets of songs and elements rescued from Persona 5 (many of them paid for on PS4), extras that are rather anecdotal. On the other hand, the performance on the Nintendo console is quite good, keeping the 30fps stable at almost all times (we have found very few drops while moving around the Stray Sheep, surely caused by loading content in the background). 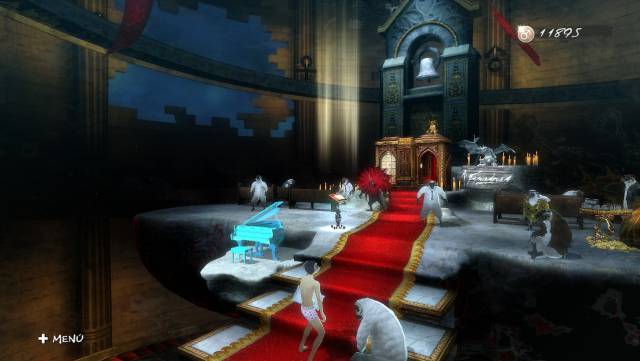 Despite not having the resolution and quality of the PS4 version, the sharpness – especially playing in portable mode – is very satisfactory, although we miss a more intense use of Anti-Aliashing to soften those sawtooth teeth that are evidenced outside the dock.

The graphic section of the game helps all this, with a use of cel shading very much in line with productions such as the Persona saga or the Arc System Works titles (without reaching that technical excellence) and an artistic section commanded by Shigenori Soejima, which is perfectly complemented by the soundtrack of the always inspired Shoji Meguro. 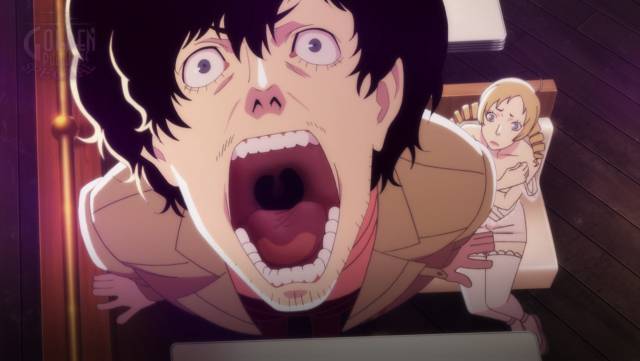 Catherine: Full Body arrives on Switch with a conversion to match the circumstances. Despite not having the resolution and sharpness that we can enjoy on PS4, it complies with note both in dock and in portable mode. The addition of Rin and the new modes are not the only news compared to the first edition of the game if we look at it from this point of view: after nine years, we have changed, we will surely respond differently to the transcendental questions that we are asked. They formulate in the confessional and, in addition, its measured rhythm (straddling a logic game and a social simulator with elements of conversational adventure) will offer us over 10 hours of sensual and disturbing fun. With snippets of Twin Peaks, anime seinen and a Velvet Room-like air of Persona in certain circumstances, Catherine: Full Body is a worthwhile experience.