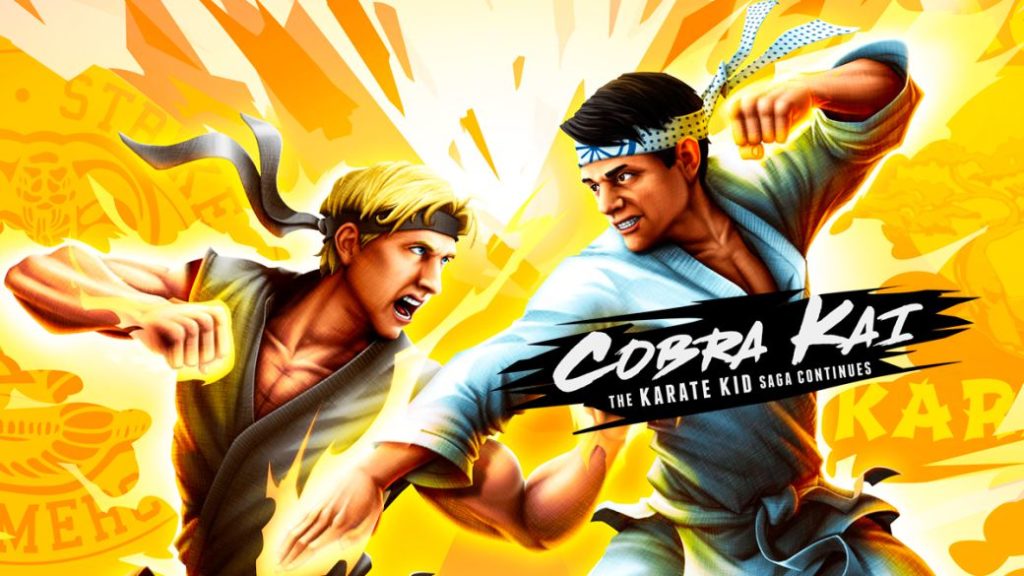 The second game in Karate Kid history is based on the Cobra Kai series. Let’s sweep a few legs on PS4.

“I may not always win, but I never quit a fight.” Johnny Lawrence 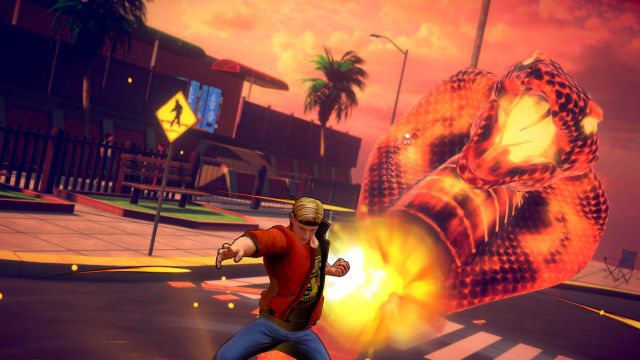 Interesting project but emerged in the middle of the ‘Revival 80s’ wave of nostalgia, the first season of Cobra Kai turned out to be quite a surprise and to become an example to follow of how to bring something from 36 years ago to the present time, with the mixture fair of nostalgia and novelty, tradition and actuality. Under a structure of short episodes and well thought out cliffhangers, Cobra Kai does a character portrait on the two old rivals, LaRusso and Lawrence, initially putting the focus on the bully from the first Karate Kid.

To this we add a generation Z that discovers the purest eighties values ​​in the middle of this very politically correct -and sometimes insufferable- reality of social networks. And he does it through karate, a concept that also sounds anachronistic at a time when it seems that the coolest thing is Mixed Martial Arts. Taking advantage of its re-success in its premiere on Amazon, which already has the 3rd season ready for January and trains a fourth, Cobra Kai has had a playable version.

And how could it be otherwise, it is a pure arcade ‘Beat‘ em up ’, a‘ I against the neighborhood ’of all the lives that, like the series, has been a pleasant surprise. Prepare to sweep the enemy’s leg, because “in this dojo we have a lot of bad blood.”

“An enemy deserves no mercy!” 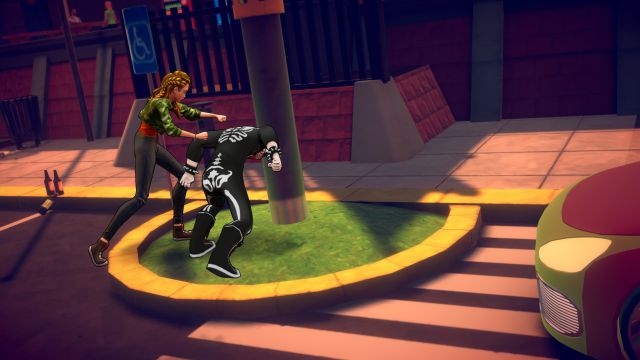 It is a golden age for the ‘brawlers’: we have had the return of Streets of Rage with that work of art that is SoR4 – for many one of the best titles of 2020-; The Battletoads are back … And the Karate Kid is back.

Cobra Kai: The Karate Kid Saga Continues presents us with a simple but ideal plot for fans, since it takes place at the same time as the second season of the series. After choosing at the beginning which dojo you want to represent, if Cobra Kai or Miyagi-Do, a story begins that seems like a mix of Karate Kid with an 80s production by Cannon Films, in which you must regain control of various areas of Los Angeles.

Ahead you have up to 28 levels and a trick achieved in that if you want to face the Ultimate Boss of the game and see the end, you must travel both paths, the cobra and the bonsai, playing with both dojos, which gives you between 8-10 hours of campaign. And as a good beat ‘em up, there is a cooperative for doubles to clean the streets with a friend, although only locally. A pity that it did not have an online multi, because it would get a lot out of it. 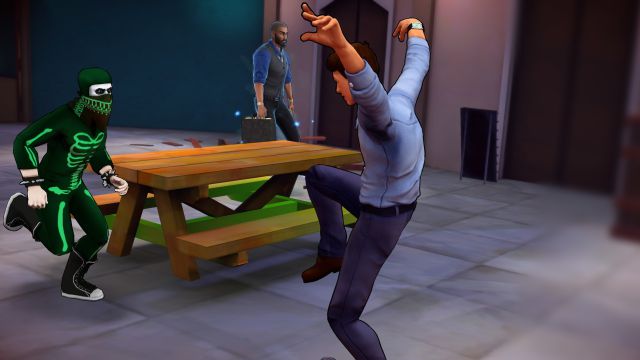 Let’s get to the lion’s share: its gameplay. Unlike SoR4 or Battletoads, which give you access to all their moves from the start, Cobra Kai has an RPG leveling component with a skill tree so you can unlock new hits. Thus, you start with the basic set and little by little you add combos, combinations and even ‘finishers’ or magic: fire for the Cobra Kai Dojo and ice for the Miyagi-Do – after all, this is a video game, so we accept ‘octopus’ as a pet.

In this way, at the end of the game all your characters are ‘destroyers’ and can execute more than 200 different blows. The key is the mapping of the buttons, since next to the default attacks we have the option to combine those front buttons with the lower triggers, which opens the door to several special blows -with a reload penalty not to abuse- + one devastating that requires having a full bar to use them.

To this you must add contextual attacks, the option of being able to pick up, use and launch weapons such as bats or bars, and even a grab option to launch the enemy. We also have a button to dodge that serves as a ‘parry’: Stopping the enemy blow and counterattacking, but that you have to learn how to use because it is easy to get sold out.

At first it is chaotic, until you get the hang of it and you start splicing one combo after another, mixing the basic attacks with the specials of each character, and ending with more Street Fighter 2-type blows without a doubt. Kudos to the character choice system, because in the style of the Battletoads, by pressing the cross you can switch between the 4 that each dojo brings: Sensei Lawrence, Miguel, Tory and Falcon for the Cobra Kai, and Sensei Larusso, Sam, Robby and Dimitry – the latter shoehorn without a doubt to equalize teams. 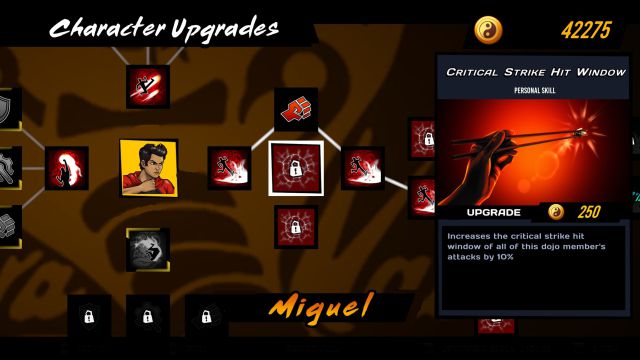 The best thing is how the game pushes you not to limit yourself to crushing the same buttons over and over again and challenges you to be better, to chain combos, ‘specials’, make contextual attacks and do it, to give you more points. Of course: the hitboxes give one of lime and another of sand:

It’s great to kick the enemy on duty in the mouth and knock him down, but the poorly adjusted hit detection can cause that classic ‘brawler’ situation in which we are almost fused with the enemy from the side, and our character hits the air but the enemy, which is 2mm closer in terms of hitboxes, it does give us and it does take life away. And the same with contextual actions, which are fun to do – throw someone against a glass, immerse them in a stuffed octopus – but they require to be millimeter in the exact place to trigger them, with hardly any margin for error.

Another thing to mention is the flexibility in character development: You can empower each one separately, or buy hits and skills for all characters in the dojo to use. And we should not overlook the fact that between phase and phase we can buy more challenges from the office of each dojo, which help us progress and keep us entertained for a while.

“First learn to stand, then learn to fly, Daniel-san” 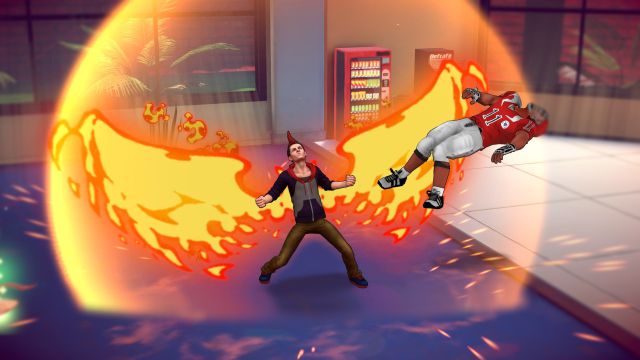 Graphically, Cobra Kai is divisible: On the one hand we have a kind of Cel Shading version California 90s, with those very marked and bright colors that will be liked or not – frankly we would have preferred a photography and graphic style closer to the series. On the other hand, although the gameplay gives us great freedom to fight, there are animations that seem robotic, rigid, the character does not end up being well integrated at times in the scenarios – which are not very careful in detail, although they are recognizable: Reseda, the LaRusso auto dealership, and gives that on-the-go feeling.

The character model is correct, and stands out for its great fidelity to its on-screen namesakes, but the artistic style does not convince us, and even less the comic-style cutscenes. In short: it has eye-catching and eye-catching things on a visual level, the models are faithful to the characters, but it is the weakest section of the game.

At the sound level we have a better job: On the one hand, the voices of the actors in the series, who return to their characters – no, it is not dubbed into Spanish; on the other, the sound effects are forceful, and the ostia sound as it should. In the musical section it is a detail to have used the same composers of the series, Leo Birenberg and Zach Robinson, but it is a pity that although their work is very powerful in that guitar and Synthpop mix, they have not used the themes of the series, much better and that would have been a joy.

More worked than these types of games are usually, Cobra Kai will not win prizes without a doubt, and clearly needs a polish in its graphics, both visual and animations. However, we must admit that it is fun, that it exhibits a good combat system, varied, personalized and that it invites you to use it in depth. And the inclusion of both dojos and their complementarity in the plot also give it points. He could have done more, but several of the things he does, he does quite well. Note: 7.2