You are here: Home / Burnout Paradise Remastered / Codemasters Joins EA: What to Expect from Driving in the Future? 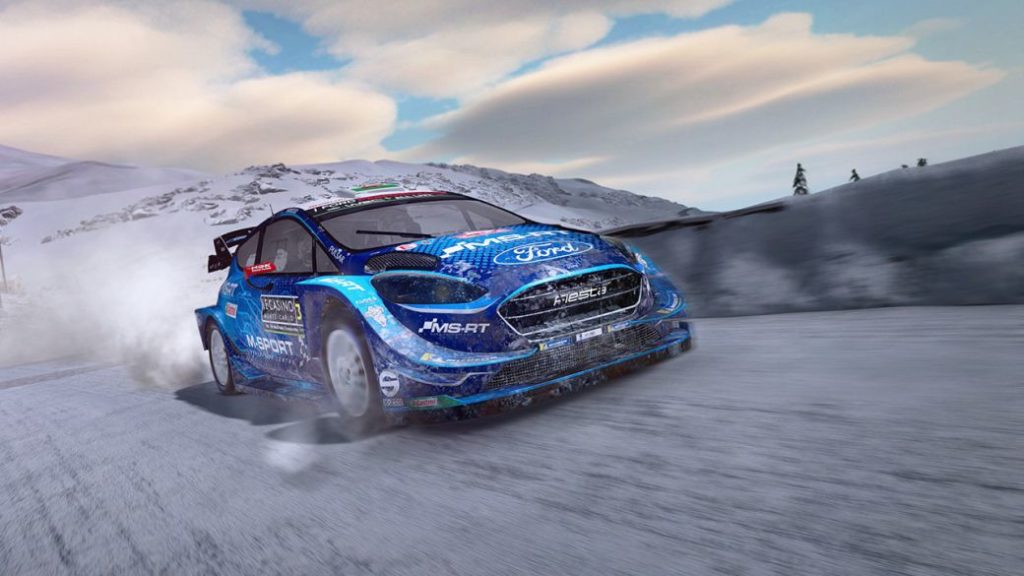 We review all the driver’s licenses that Electronic Arts has and the future of each after the acquisition of Codemasters.

Although it has not become effective, Codemasters shareholders have given their approval to the sale of the British company to Electronic Arts. In this way, the Canadian giant is made with a series of juicy licenses to exploit in the future, even planning to annualize some of these sagas, something that is already evident with Formula 1. This competition aims to be the big star on the EA driving side, even thinking of expanding the popularity of the World Cup in the United States, where other disciplines such as NASCAR or the 500 miles of Indianapolis rule. That said, what four-wheel franchises does the publisher now have, and what does the future hold for each?

Nobody is aware that the arcade franchise par excellence of Electronic Arts is not going through its best moment, despite the fact that the company claims that it works well on a commercial level. Since Need for Speed ​​Most Wanted, neither Ghost Games nor Criterion Games have been able to find the key to a saga that in recent years has seen its popularity decline, especially for Forza Horizon, with a much broader proposal in terms of environment size and content. Although the Playground Games formula differs greatly from Need for Speed, it is probably in that direction that the next installment should go, since neither the 2015 reboot, nor NFS Payback, nor NFS Heat have been able to make it take flight . 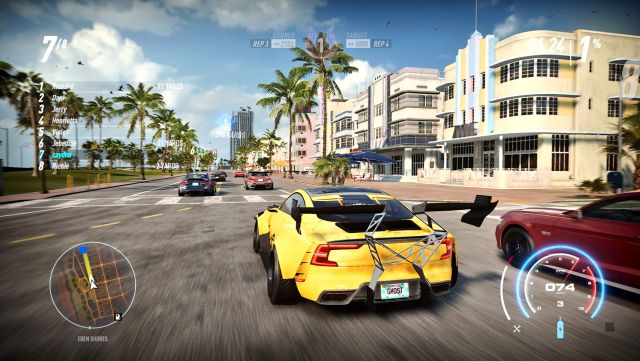 However, it is not expected that Codemasters will be in charge of bringing Need for Speed ​​to life, since EA has the two aforementioned studios as spearheads of the franchise. Even so, there are personnel in the British studio qualified for this subgenre of driving, since the absorption of several members of the defunct Evolution Studios studio gave them greater versatility for the production of an arcade, which paid off in Onrush, although this one would go practically unnoticed.

After many years in the possession of the Canadian company and after going through Sony – its deliveries being developed by Psygnosis – the most important motorsport competition in the world passed into the hands of Codemasters. Since then, the British have not stopped taking steps forward until they reach the most recent installment, F1 2020, in which they have added a very complete My Team mode and that is one of the great surprises of this iteration. That said, it would not be ruled out that it was susceptible to receiving Ultimate Team mechanics, since EA already implemented it in a saga in which it did not quite fit as is the UFC, although in fact it ended up withdrawing it. 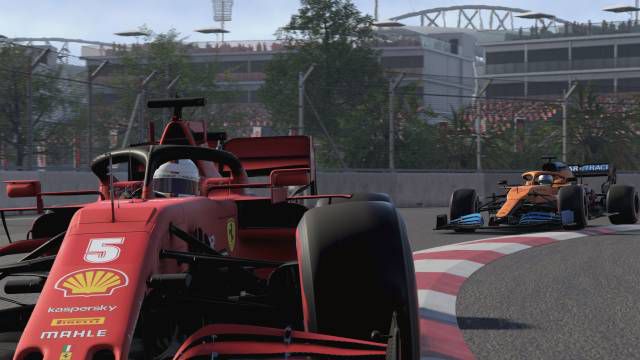 At the playable level there are not many buts that can be put to this franchise at this point, having achieved a simulation level typical of Codemasters, while technically it reaches a very high level. Actually the main pending subject had been related to the content of the game, something that, as we have said, seems to be surpassed even though there is, as always, room for improvement.

Along with F1, the star license of Codemasters, which has given many joys in recent years. With the acquisition of the World Rally Championship license -which we will talk about later-, the most simulative aspect of the saga looks better than ever for the future, although that future is rather distant, since the agreement will be effective at starting in 2023. It is noteworthy however that this has been the reference franchise for rally fans, even above the WRC saga by the semi-unknown Kylotonn studio. 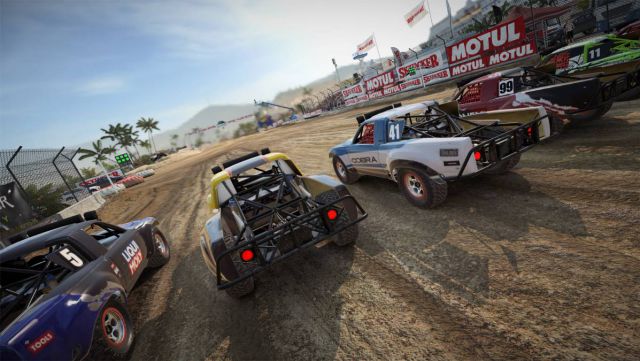 Another different matter is what happens with its more arcade aspect, in which the official rallycross license has been included in the latest installments, which adds very fun tests and with multiplayer possibilities. Both DIRT 3 and DIRT 4 bet on a formula closer to the arcade without actually being one, and without losing demand along the way. Although the fourth installment suffered from continuity, they are popular titles among fans of driving and it is not expected that Codemasters will cease production, much less.

A case similar to that of Need for Speed, with the exception that there is no glimpse that in the near future Electronic Arts may bet on a new installment, the fantastic Burnout Paradise being its last main iteration, dating this from nothing less than 2006. Its remastering reminded arcade fans of good times, but it was not successful enough to suggest that the great Canadian publisher is considering a hypothetical return of a saga that gave many joys in the 128-bit generation. 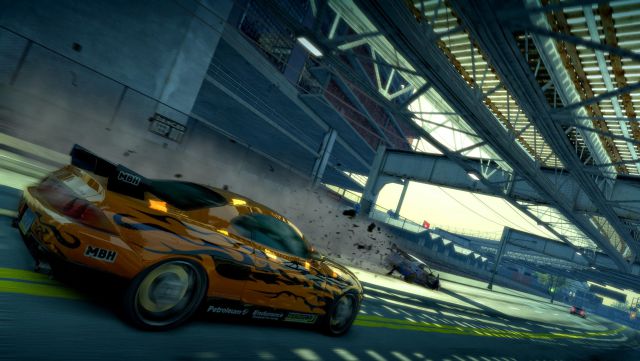 Nor are the original creators of Burnout, Criterion Games, exactly idle, since in recent years EA has commissioned them various collaborations in video games that have nothing to do with driving such as Star Wars: Battlefront II and Battlefield V, where they have served in the multiplayer aspects of both games. Of the five IPs we are talking about, it is the one that is most difficult to appear in the near future, at least as a large production, and that is because the saga has already entered the field of mobile phones with Burnout Mobile (2007), developed curiously by Rovio, creators of Angry Birds.

In the late 90s and early 2000s, the TOCA series became a favorite for gamers, having been born in response to Gran Turismo, bridging the gap. Thus, TOCA presented a formula similar to that of the Polyphony saga, focused on very specific tests and car collecting, even without counting on the large figures in this sense of Sony’s exclusive license. However, the proposal evolved along with the nomenclature itself, which would go from TOCA: Race Driver, to Race Driver: Grid, to become simply Grid 2 in the fantastic installment of 2013. 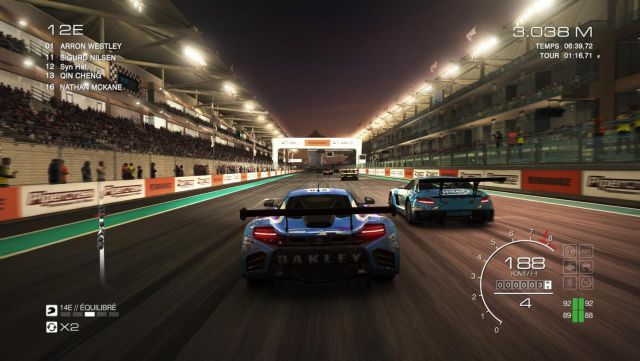 Unfortunately, Grid Autosport (2014) is the latest installment, being more arcade-oriented than simulation-oriented, and having occupied the space of the former with DIRT. It was a game very well received by critics, especially for the amount and variety in the automotive disciplines it presented, enjoying a very remarkable amount of content. That said, and having spent almost 7 years since its last installment … is there room for Grid? With a significant investment from EA, and as a rival to Gran Turismo and Forza Motorsport, targeting less demanding players, it is not 100% out of the question, but at the moment it seems unlikely.

And finally, it is not convenient to forget a very important detail, such as the fact that the WRC -World Rally Championship- license will be in the hands of Codemasters, although it will be necessary to wait until we see the fruits of said agreement, since this will be for the period that includes the years 2023 and 2027. Meanwhile, we can only hope for great things, since the relationship between this automotive discipline and the British studio is almost idyllic, beginning at the end of the 90s with a saga remembered and loved in equal measure as is Colin McRae, with some first installments considered not among the best rally games, but always driving. 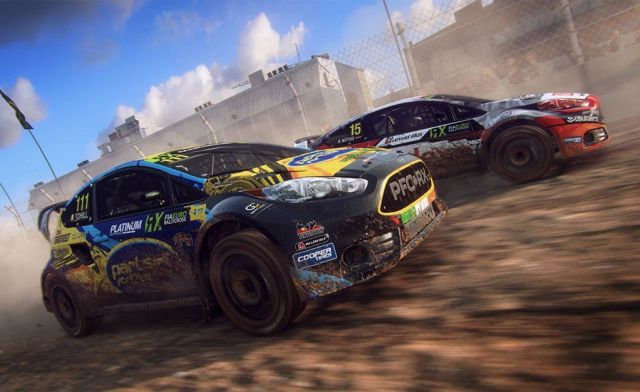 Despite the death of the great Scottish pilot, Codemasters continued his legacy with DIRT, with which they decided to show two very different aspects with disparate results: on the one hand, a DIRT offers the most arcade side, with a DIRT 3 being outstanding and a fourth more continuous part. Something similar happened with DIRT Rally, a great game acclaimed by fans that despite its undeniable quality also suffered from little innovation compared to its predecessor. However, rally fans can be happy knowing that this championship is once again where it has been treated best.