You are here: Home / News / Cyberpunk 2077: Expansions and DLC to be revealed later than expected

Although the initial plan was to make these post-launch content known before the game launch, it will finally be time to wait.

CD Projekt RED will reveal the post-launch contents of Cyberpunk 2077 later than planned. The objective of the Polish study was to present the DLC and expansions of the title before the publication of such an ambitious project; however, due to the delays that the game has experienced in recent times, that moment will be requested.

The information comes from the CEO of the company himself, Adam Kicinski, who has detailed this circumstance in the last financial meeting: “The initial plan was to do it before launch”, responds to the question of those DLCs and already confirmed expansions. “But, after the recent delay, we have decided to wait for the launch to serve the players with the game and then start talking about future projects. So it will be after the launch ”, he adds. Among those post-launch plans is also the multiplayer mode, which will not come out before 2022. 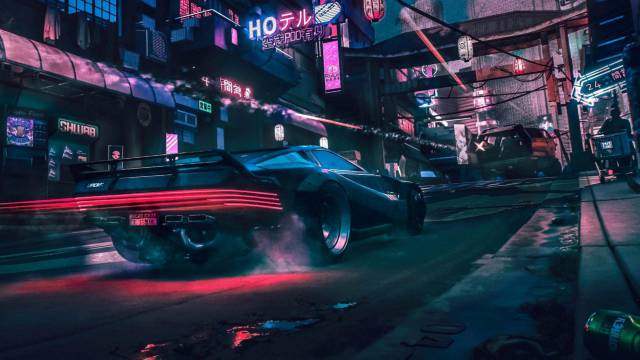 Multiplayer mode, DLC and expansions in Cyberpunk 2077: everything we know

According to Kicinski, the multiplayer mode is “a great independent production”, based on the Cyberpunk universe and related to the concept of the solo mode, but it is being developed by another team within CD Projekt RED; parallel to the main study.

About the DLC, there will be several types. For one thing, there will be free cut DLC; on the other, in terms of expansions we know that there will be at least two large ones, as happened with The Witcher 3, which worked very well both at the critical and sales levels. Last year, it was CD Projekt itself that cited Geralt of Rivia’s adventure as an equivalent example of what we can expect from that post-launch content: it will be similar to The Witcher 3 in concept.

“We want to make sure everything feels complete, but we also want to build open worlds. I am aware that when I was playing The Witcher 3 and finished everything, I still wanted to know what the people were doing there […] “I think we will have opportunities like these also with Cyberpunk 2077,” commented the study months ago.

Cyberpunk 2077 will go on sale in physical and digital format on December 10 for PS4, Xbox One, PC, Google Stadia, PS5 and Xbox Series X | S; the native version of the latter two, the next gen version, will not arrive until 2021. For the moment, it will look better, but it will be the backward compatible edition.