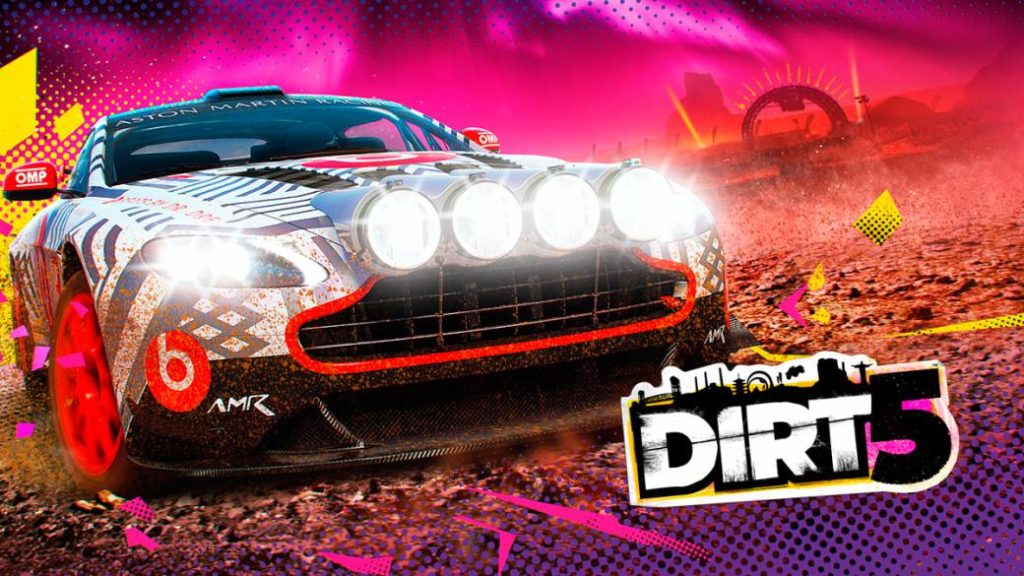 We tested the preview version of Dirt 5, one of the first games to come with a 120fps mode for Xbox Series X.

Dirt 5 is a crazy game. Direct. Fierce. It does not seek realism nor does it offer endless options to the user. He wants you to turn it on, start it up, and have fun right out of the box. In fact, this is how the game begins with the title, making a race in the middle of the mud and then giving way to the main menu and its options. We have been able to play the title with Xbox Series X, a platform on which it comes with a special appeal, moving at 120fps. Something that we do not know what route it will have on consoles, but that at least in this new generation boot sounds very interesting. Will it really be worth it?

Everything around Dirt 5 has an arcade scent. First by the career mode, in which we basically overcome different races in which we have mini challenges to unlock new races, compete in them, earn money, experience … Unlock new vehicles and continue competing in dozens of proposals. The great attraction is in the circuits, tremendously varied both in locations and also in response, as well as in the type of vehicle that we are going to use each time. It is not the same to run through the rain-soaked streets of Manhattan than to do it in the middle of the snow in Norway or jumping mud puddles in some lost area of ​​Italy. 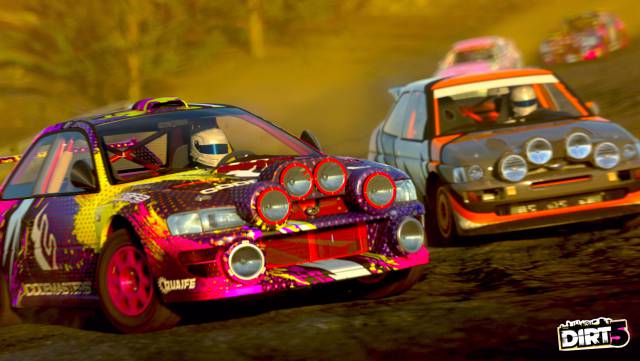 In fact, that is the grace of the game: to offer us a direct gameplay, even something simple if we compare it with other games of the same spectrum, but that fits perfectly in the challenges in the form of races that are presented to us.

Brazil, China, Greece, Italy, Morocco, Norway, Nepal, South Africa, Arizona and Roosevelt Island are the main locations that we have available from the start, where in each of them there are several races and their mirror modes. What is the difference between them? Especially on the tracks and on the type of terrain on which we are going to compete. All this means that the races are never the same, since each one has its peculiarities in the form of a narrow bridge, a leap into the void in the middle of a ravine, impossible 180-degree turns and many centimeters of snow thickness, to name a few examples. This is how the career mode and arcade mode are developed, in which we can customize the experience with the location, class of vehicles, weather (which can be varied), time of day and other details, such as number of riders and laps around the circuit.

An aggressive AI, though only sometimes

One of the surprises we have had during our session with Dirt 5 is that the enemy AI had two different behaviors. On the one hand, some races in which they barely showed a real challenge and we could win with some ease (in normal mode). On the other, moments in which their aggressiveness was palpable and grateful: they put you in the middle of the path, they pushed you from behind or they have no problem braking late if they see a gap. From Codemasters we have been told that the AI ​​is still being worked on and that is why we could find very easy sections, but in any case, the detailed and seen aggressiveness at certain times does seem like a good way to follow for the final product. 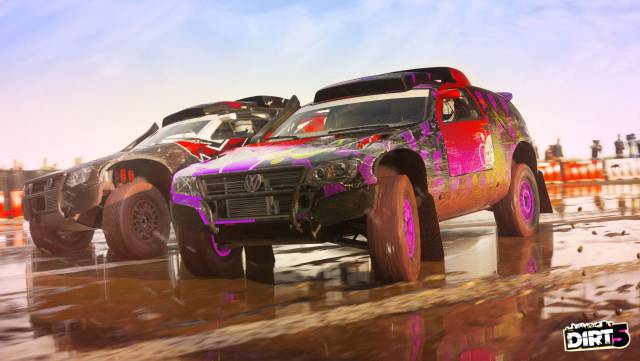 The arcade air is noticeable from the first moment, also because impacts and friction with other cars do not have a long-term consequence. We will either go off the track or stop short. Or we will go round the clock. But we will be able to continue racing at full speed because there is no physical damage. In fact, the settings, if it can be considered that way, or rather off-race adjustments are based on choosing whether the transmission is automatic or manual and choosing the level of antilock brakes, traction control and stability management, which is find everything in “low” start. Let no one expect to fiddle with vehicles for every type of scenario, because that is not what Dirt 5 claims to offer.

Surely you do not need it either, since its great attraction is that of wide circuits and with enough freedom of action, immediate braking and skidding that allow correcting any errors and reaction capacity to overcome or to hold the position without causing frustration for the player . Having a good time is essential in this formula, although we do not know if in the long run the game may be somewhat limited in options after the first hours. What we do consider is that these first ones are direct and entertaining. 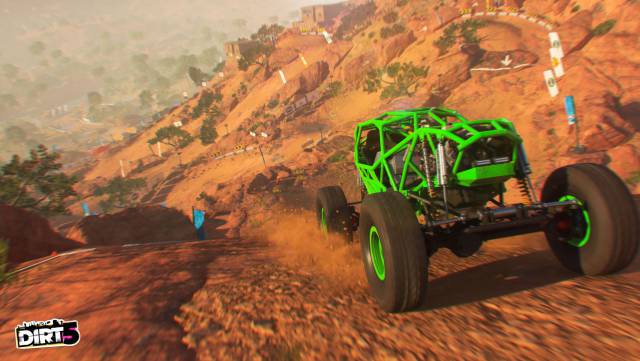 One of the novelties of this delivery is the Playgrounds mode, which allows us to create or enjoy community creations. We have three different modes: go through the checkpoints and reach the finish line as soon as possible, like a kind of time trial but totally crazy about the designs that can be made; the Gymkhana mode, which invites us to do impossible skids and jumps to get the most points in a specific time; and finally Smash Attack, where we have to destroy a series of objects, avoid the items that penalize us and finish the circuit in the shortest time possible.

The options in this modality are many and surprising. Although at the moment there are only preview players and developers, we have already seen several very well planned circuits that can extend the life of the game. We have felt at times like the Forza Horizon 3 Hot Wheels DLC, but even more surreal. The creation mode is also simple enough that we can make our tracks from the controller without too much trouble. What has convinced us the least is the Gymkhana mode, especially since the tricks options to score are not too many and we have not seen a large number of objects and structures that lend themselves to enhancing them beyond the jumps and the areas for drifting. 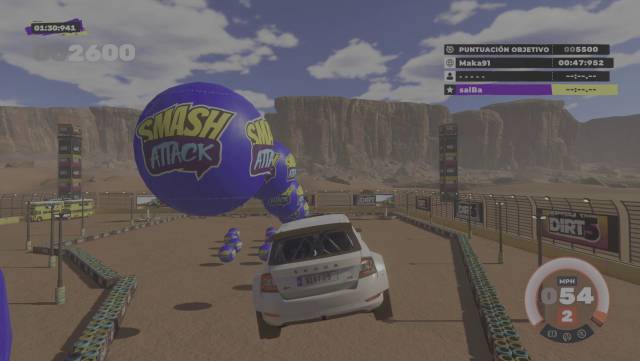 Xbox Series X: welcome to the next generation (at 120fps)

Most of the time we have been playing at 4K, HDR and 60 frames per second, a combination that is already powerful on the screen and that allows us to enjoy the most varied racing details with a stable framerate at all situations. In this modality we can prioritize the resolution or the framerate, the second option being one that loses some detail but gains in strength. And then we decided to dive into 120 frames per second. Xbox Series X allows you to know what modalities at a visual level you can access depending on the television or monitor you have connected. In our case, our LG Oled allows us to access 4K and 60 frames per second on the one hand (hdmi 2.0), while on the other, we can play at 1080p and up to 120 frames per second. The only combination that is ruled out in our television is that of 4K and 120fps, something that is only achieved with hdmi 2.1 and that is available on televisions that have been appearing in 2020.

The experience improves in the smoothness of movement, it is evident, and with a more than outstanding performance. It is difficult to explain, because it is something as simple as that everything flows in a much more realistic way and that provides a plus of quality in movement, by how it looks and also by how it is felt when driving, when it reacts in a way more immediate. Watching the vehicles skid and turn against turns at 120fps is simply a joy, although it will surely be something that we will appreciate more in the future in other competitive games, such as first-person shooters. 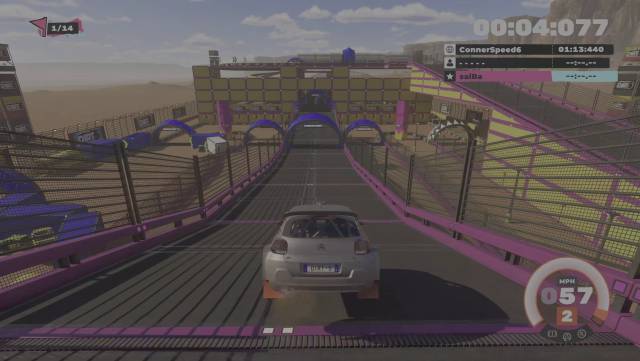 We have also experienced the finesse of the movements with the inner camera, in movements of the steering wheel and the pilot’s arms when counter-cornering, maintaining a curve and so on. It is also noticeable in the damping of the jumps and in the turns in skidding, where a more realistic fluidity is seen and where at a playable level it is more noticeable. It is true that still, due to its preview nature, it is not always an optimal performance – it had some downturns – and some tearing (we were warned by the developer), but it is promising for the final version.

There is also something important to note: Dirt 5 is not a game that takes the driving genre or the Next Gen to another visual level. The load of elements, effects and details is not surprising, although at 4K it looks especially good and the framerate is solid in all its ways. But it is not as spectacular as other recent driving games. And that ends up noticing in the general quality of what it offers. Okay, moving and great resolution looks, but surely we expect more in the future. In total we have three modes: prioritize graphic quality, with greater visual detail (some tearing); prioritize framerate, 60fps and 120hz much more stable for those who can activate it, where the smoothness is greater as we have commented.

Dirt 5 also comes as a launch game for the new generation, and it does so with 120 fps as one of its claims, but above all the direct, short and at-the-foot fun of its proposal. Technically it is not the most impressive driving game, although in motion and at 4K it leaves a good taste in the mouth, especially when it comes to one of those races in which a lot of things happen. Whether it is due to the mud, the snow or the change in dynamic weather conditions. And a good way to release some of the capabilities of the new consoles scheduled for November.