You are here: Home / Bethesda Softworks / Doom, close to working even in a pregnancy test 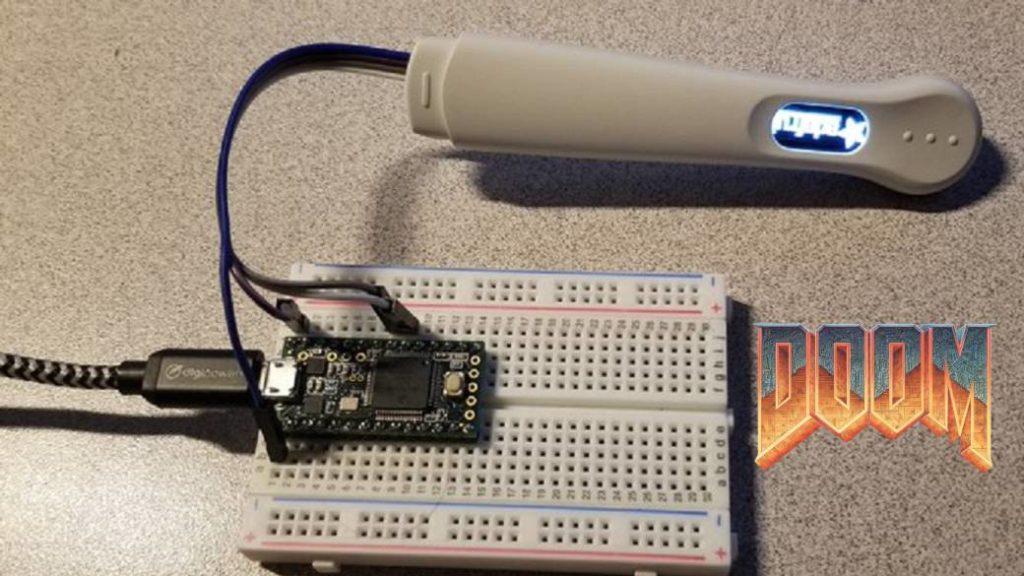 It is a title that has appeared on countless platforms, which is why it has always been in the crosshairs of jokes.

They said that The Elder Scrolls V: Skyrim kept coming out on every new device, to the point that Bethesda herself joked about it at an E3 conference. The day has not yet come when his role-playing video game can be played in a refrigerator, but another of his titles has been seen in an even more unlikely place, a pregnancy test. This is Doom, the shooter developed by id Software and published by Bethesda. An engineer has managed to make a video of the game work on the device’s small screen, although he has not yet managed to make it really playable.

“You still can’t run Doom,” Foone Tuning explains on his Twitter account. “It’s going to be tricky even if I cheat and connect it to a computer. But I am able to show a video on it, which is … quite similar? We will have to wait, therefore, to enjoy this timeless classic on such a peculiar platform. In the meantime, it is probably easier to turn on the console or PC and start the game from there.

people suggested it should show Bad Apple.
CAN DO! pic.twitter.com/ha2ve6BmSK

Doom and Doom II are updated on all platforms

As a sign that the best platforms for playing video games are neither refrigerators nor pregnancy tests, there is the news that Doom and Doom 2 have just been updated to add important news. In addition to wide-screen rendering support on PC, players will be able to access deathmatches in split-screen multiplayer 3.0. The mobile versions will add touch control and the Switch, PS4 and PC versions will now open to motion control.

The most recent title in the series, Doom Eternal, is also preparing to receive its first major expansion, The Ancient Gods Part 1.