You are here: Home / Bethesda Softworks / Doom Eternal on Nintendo Switch will be "a little later" than the other versions 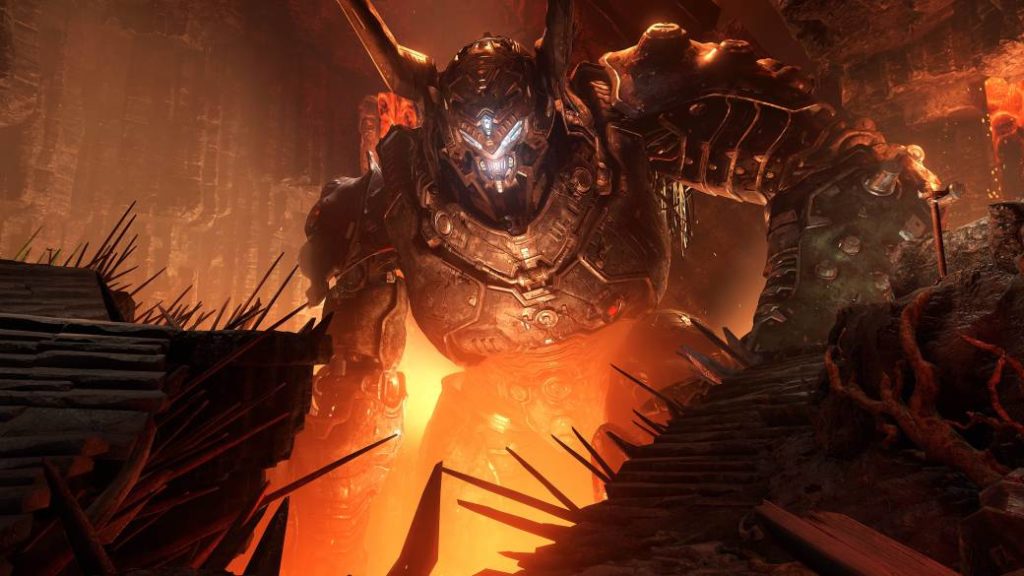 Id Software is focused on completing the development on other platforms, but they will give Panic Button the time they need.

The launch of Doom Eternal was scheduled for 2019, but id Software and Bethesda made the decision to delay it until next March 20. That is the date when it will be released on PS4, Xbox One and PC. However, the Nintendo Switch version will go on sale later, as was already known. The developers have not specified anything more concrete, although they point out that the delay will not be long compared to the other versions. They want Panic Button, responsible for adapting the game to the hybrid of Kyoto, have enough time to polish the experience to the fullest.

In an interview with Nintendo Everything, Marty Stratton, executive producer of Doom Eternal, stressed that the game will arrive on Nintendo Switch "a little later" than the other versions. “This is so simply because we want to finish it on these platforms and give Panic Button – our partners in this – the time they need to introduce the improvements in the Switch version. It won't be a huge delay, but we haven't announced any launch windows yet. ” The manager emphasizes that they are “fantastic partners”, since he considers them “platform masters”.

According to Stratton, the team was delighted with the 2016 game adaptation. "Playing on Switch from the beginning to the end was one of my favorite experiences," he says. Like other players, it highlights the portable component and thinks that with Doom Eternal they will achieve the same, offering a similar experience on the Nintendo console.

The developers of id Software have not gotten rid of crunch. It was Marty Stratton himself who has sincere in the media. According to his words, the members of the study were subjected to this practice during long periods of the past year 2019. Even so, the manager points out that they take into account the conciliation, so they established several groups with the aim that people I could rotate. Even so, he wields, many employees have incurred crunch on their own, with the aim of creating a round product.

In FreeGameTips we have been able to try Doom Eternal for several hours. We recommend you take a look at our final impressions.