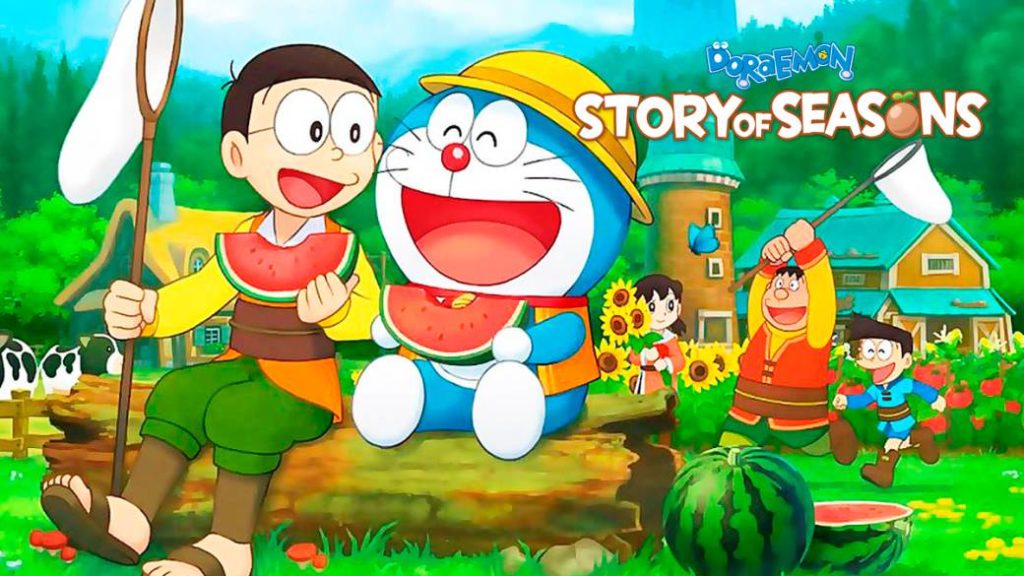 Nintendo Switch hosts a new farming simulator but this time based on the popular Doraemon manga. We analyze the new Marvelous.

The crossover that nobody imagined is already among us, specifically on Nintendo Switch. We talk about Doraemon Story of Seasons, an agricultural simulation video game in which Nobita, Doraemon and their friends are the absolute protagonists. The title, developed by Marvelous, is included within the Harvest Moon franchise despite not making use of its name due to problems with the license, so you can more or less tie up ends on what we will find once we enter the cartridge in the Nintendo hybrid.

Launched in June in Japan, Doraemon Story of Seasons arrives in our country translated into Spanish with the sole purpose of making us lose hundreds of hours of our lives just like any other farm simulator, only here that goal is proposed through a adventure led by one of the most famous groups of Japanese manga.

The plot of Doraemon Story of Seasons is no wonder at the level of creativity but the truth is that all of it is excellently spun with the mechanics of the game. Nobita and Doraemon find a strange spiral-shaped seed that, when planted, is born from it a gigantic tree that they had never seen before. This fact triggers a strong storm that displaces our group of friends towards a town that does not know where a strict norm is governed; Children must work. Doraemon has a thousand and one magical cachivaches! You may think, but it happens that he has lost most of them during that strange journey. Lost in that strange and beautiful place, the kids look for tasks in which to help the people while they investigate how to return to their home. 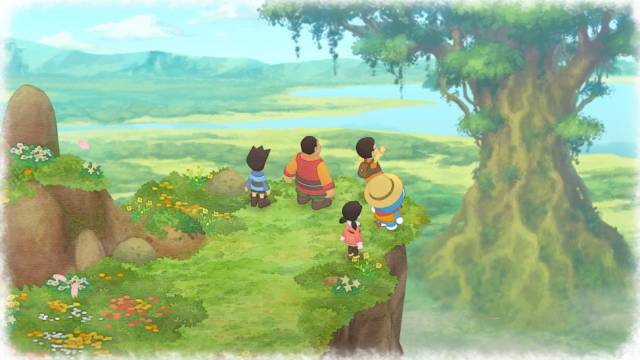 This small summary of the adventure that is to come is offered to the player during the first half hour and after this time, but not before explaining the basic concepts of agriculture, the user can take the controls of Nobita and begin to forge a future in Natura, the town they have gone to. Styling, harvesting, removing bushes, cutting firewood, feeding livestock, carrying out various tasks, gaining the trust of the locals, fishing or exploring the mine are some of the playable options offered by the adventure of the cosmic cat and his friend.

It is true that the genre of agricultural simulation is not that it innovates too much with each title that appears in the market and this is what happens in Doraemon Story of Seasons, which little or nothing has to offer in this aspect except playing seeing familiar faces. It adds, of course, a kind of machine that travels to the past where we can replay previous events with certain restrictions. However, that this does not throw you back, Marvelous is silent in the genre and always knows how to keep its users hooked to the screen with this type of games. 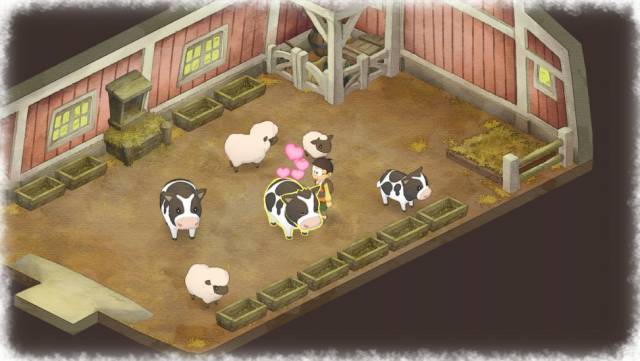 Although we only control the young man with glasses, we will have to interact a lot with his group of friends and help them with the tasks of the town. Suneo, Shizuka, Gigante and Doraemon work in key places in the environment so we will see them regularly and are part of the story. For example, Suneo lends a hand in the Natura restaurant so we go to him when we need to replenish energy and Doraemon performs tasks for the town hall, a key building to thrive on the farm.

Due to licensing issues with the Doraemon brand, some characteristics of this type of videogames have been omitted, such as greater social interaction with the people of the town or marriage, something that pleases users of titles such as Stardew Valley. Nor is the player offered too much help so that on more than one occasion trial and error make an appearance although this is common in the genre.

Superb visual section but with obstacles

Not only is Doraemon and company marrying this proposal presented brilliantly, but it is also generous when it comes to the player visually. Everything on the screen does exceptionally well. Scenarios drawn by hand to the flag of details, good animations of the environment, a vivid and very well chosen color palette and even a very nice minimalist design for the interface, but the developers should correct some points that we did not like too much. 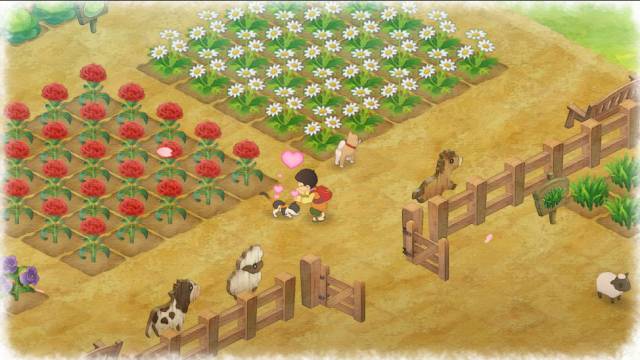 In the first place, a white frame of considerable proportions has been added to the Nintendo Switch video game that detracts from what happens on the screen. It is true that with the passing of the hours we forget that it is there but the game remains spectacular. On the other hand, Doraemon Story of Seasons has a filter of piggy paper – the one used to paint with watercolors – that, once again, does not show off the excellent scenarios we move around with ease. The colors go out, the details are lost, the filter stands out in the characters and, in general, Marvelous' laudable work in the artistic is in the background when in fact it is the most striking of the title.

Another downside that we can blame for the video game is that although the protagonists are faithful to their homonymous work, the secondary characters do not reach the same level of quality in terms of drawing and it shows. It does not influence the gameplay at all, nor are they frightening to look at, but it shows that they have not been designed by Fujiko Fujio, the duo that created this group of such famous friends. To this we must add that Doraemon Story of Seasons does not have too many facial animations so it will be customary to see conversations or actions carried out by the characters of the game showing them as if it were not with them the thing. 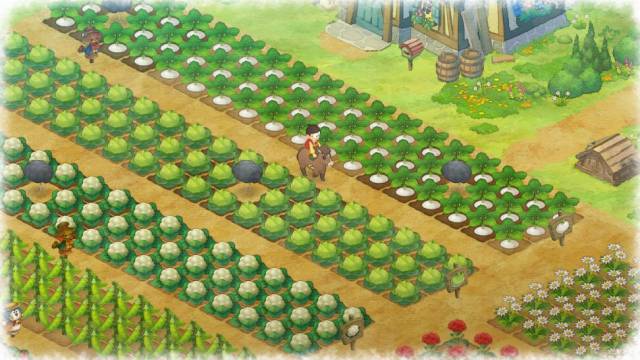 In the sound we have nice melodies very well selected and audio in Japanese, although we do not expect great conversations because only onomatopoeia will leave your lips – closed. Our recommendation on this last point is to silence the voices because each action we carry out is accompanied by a rather loud scream that can bother you.

Doraemon Story of Seasons offers an almost infinite duration as we enter an agricultural management that surprisingly suits the cosmic cat's license very well. It is not a bad game at all although it has small defects – easily salvageable – that, if solved by updating, we would be talking about a proposal that is more prominent in the genre. It does not innovate too much, but it has enough tools and some additives – like the time machine – that entertain its own.

It meets the expectations of what a good game is, has quality and does not present serious failures, although it lacks elements that could have led to higher levels.