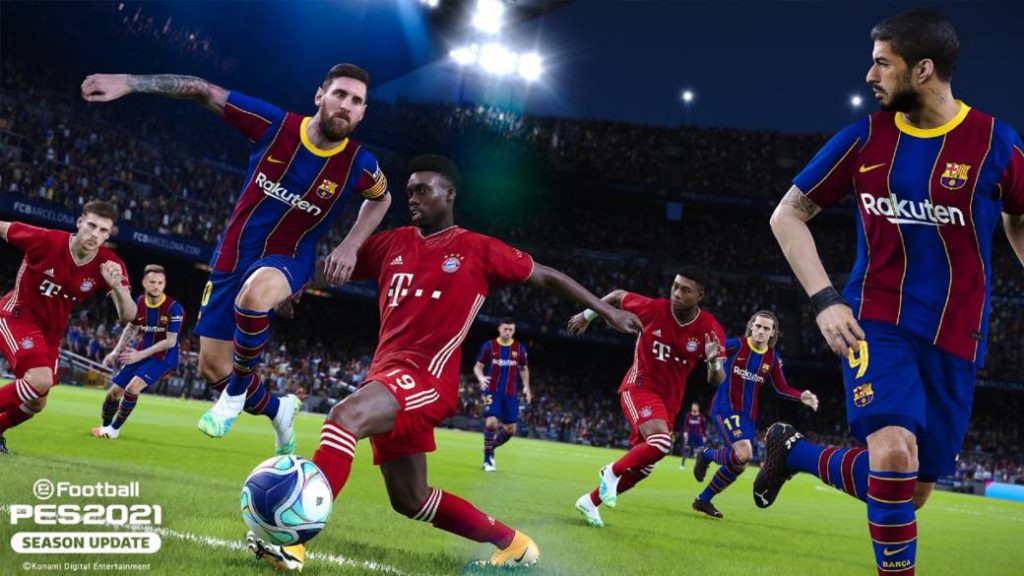 PES 2021 is a content update that will be released as a standalone game on PlayStation 4, Xbox One, and PC at a reduced price.

That Konami needs more time to build a new generation Pro Evolution Soccer experience is something that the Japanese company has already recognized. The studio is working on that version, so this year they have opted for a different option. The company has announced in a press release that eFootball PES 2021 Season Update will be released on September 15 on PlayStation 4, Xbox One and PC (Steam). Since it is a content update, it will be sold at a reduced price, 29.99 euros.

This new edition will include all the features of the previous installment, as well as an update of players, squads and teams (except for Inter Milan and AC Milan, as they have lost their licenses). In addition, the exclusive UEFA Euro 2020 mode will be added. Coinciding with the 25th anniversary of the saga, Konami invites soccer lovers to return to their soccer simulator as they prepare for a future marked by Xbox Series X, PS5 and the computers of new generation.

“As the foundation for the future of the eFootball PES saga is laid, it is important for us to review our journey to continue to strive to improve every aspect of the game,” says Jonas Lygaard, Senior Director Brand & Business Development at Konami Digital Entertainment BV According to the manager, “PES 2021 will offer players an award-winning game for its gameplay as well as the latest data from the season, as well as equipment and totally exclusive content, at a very attractive price. I want to thank the players and our community for their support during the transition towards the implementation of the latest hardware and a new engine that will redefine soccer simulation. ” And it is that eFootball PES 2022 will abandon the Fox Engine and will opt for the Unreal engine.

All editions and extras