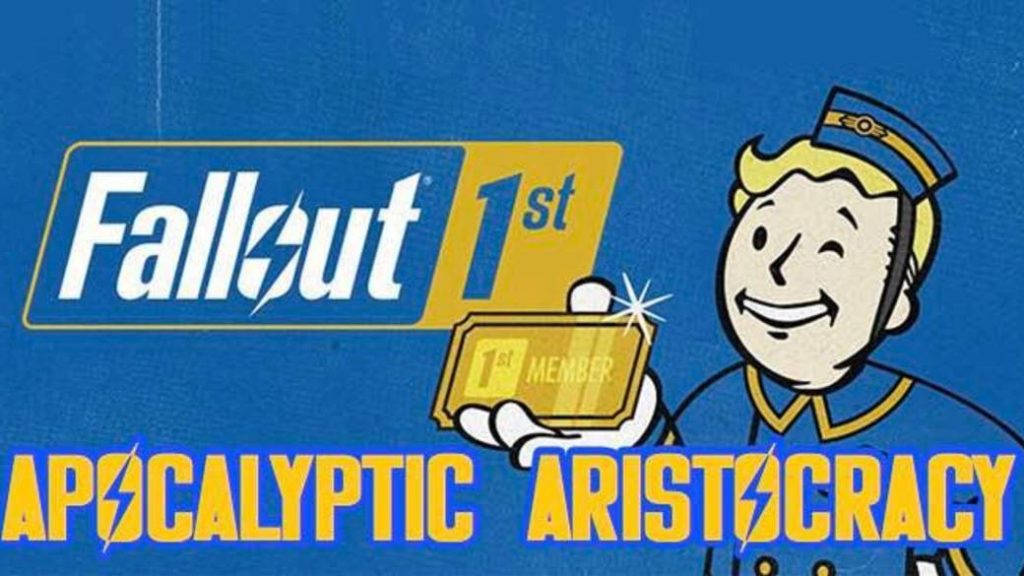 The paying members of the Bethesda title had been subject to attacks within the game, but they have organized to defend themselves.

Becoming the main target of the populace should not be too funny, not even in a video game like Fallout 76, which once again offers us a new rocambolesco headline. After the Fallout First service was released, which provides various advantages to its subscribers (although it has started with numerous errors), attacks against the virtual characters of these players followed. However, some of them have come together to form "The Apocalyptic Aristocracy."

As we reported on FreeGameTips, some Fallout First subscribers were attacked by base game players. One of them narrated it this way: "They beat me up when I decided to get Emote Mothman in Vault 51. At least 5 or 7 people dressed as a bear have not stopped hitting me with punches." The organization of aristocrats was born as a joke, but little by little, the group has been growing. According to VectorZarak, its founder, the call to defense attracted 100 people in a few days, but thanks to word of mouth, there are already more than 440 members in its ranks.

The Fallout First announcement was received among critics, as one of the premium options, private servers, was one of the most demanded features by the players. This, together with the mistakes, caused the lameness and fueled the creation of a parody website that is still active today. David Chapman, author of the site, said in an interview with BBC that he would like to mediate between Bethesda and the players.

Fallout 76 is available on PC, Xbox One and PS4. After starring in a much discussed premiere, the game has been updated with new content, including a battle royale mode, but the company prepares an ambitious free expansion that will introduce narrative and NPC. However, Wastelanders has been delayed until early 2020.