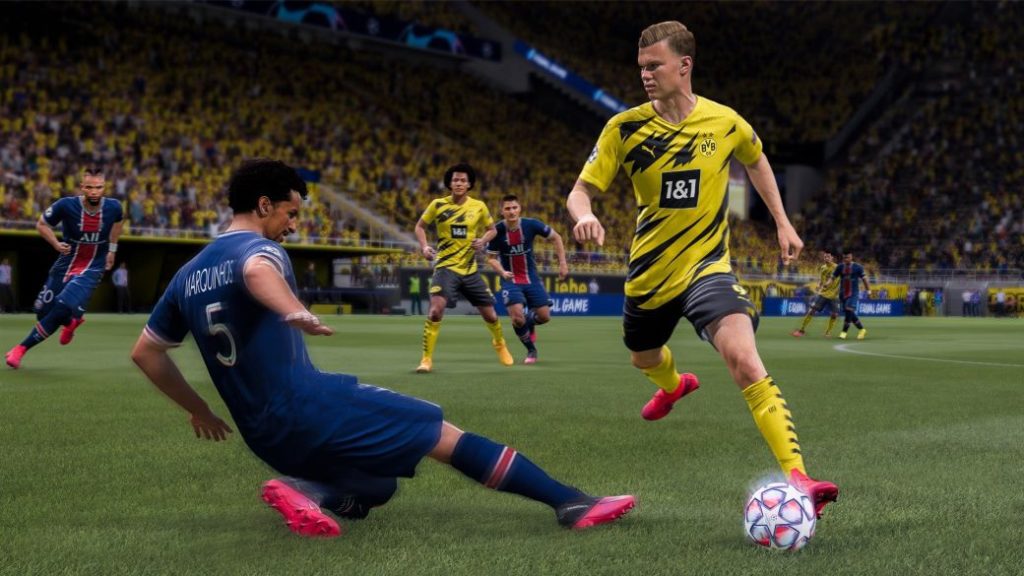 With the arrival of the new generation, Season 2 of FIFA 21 also begins, although we will have to wait until the beginning of December to be able to enjoy it on the new consoles. Meanwhile, we can go up levels and get rewards such as typical envelopes or new Background cards at levels 15 and 30.

In this way, until we reach halfway, we find prizes such as a Jumbo Gold envelope at level 7, a Gold Players envelope at 9 or a theme for the stadium at level 12. Once we have reached level 15 we can choose a Background card among these three: Andres Tello (Benevento), Jeong Woo Yeong (Freiburg) or Aidoo (Celta de Vigo), all of them on average 82.

From there, the path begins to reach the maximum level, 30, in which there will be three other Background cards: Iago Aspas (Celta de Vigo), Alessio Romagnoli (AC Milan), both with an average of 86, or Naby Keita (Liverpool ), this average 85. But they are not the only news that arrived yesterday at FIFA 21.

Get your pick of Tello, Aidoo, or Jeong at Level 15 as well as a choice of Iago Aspas, Romagnoli, or Keïta by reaching Level 30 in the new Season 2 of # FUT21, starting today. pic.twitter.com/FM8ULLFam1

As the headline reads, the first Icons in Template Creation Challenges are now available. One of them is the Portuguese Luis Figo (90), while we also find the Argentine side Javier Zanetti (88) or the Dutch goalkeeper Edwin van der Sar (87).

To get them, you have to complete a total of 8, 7 and 6 challenges respectively, and as would be expected in these cases, we are talking about quite expensive challenges for the most part. For example, in the case of Figo it will be necessary to create two average templates 87 and 89 without going any further.