You are here: Home / Reports / FIFA 21: the season is preparing on PlayStation 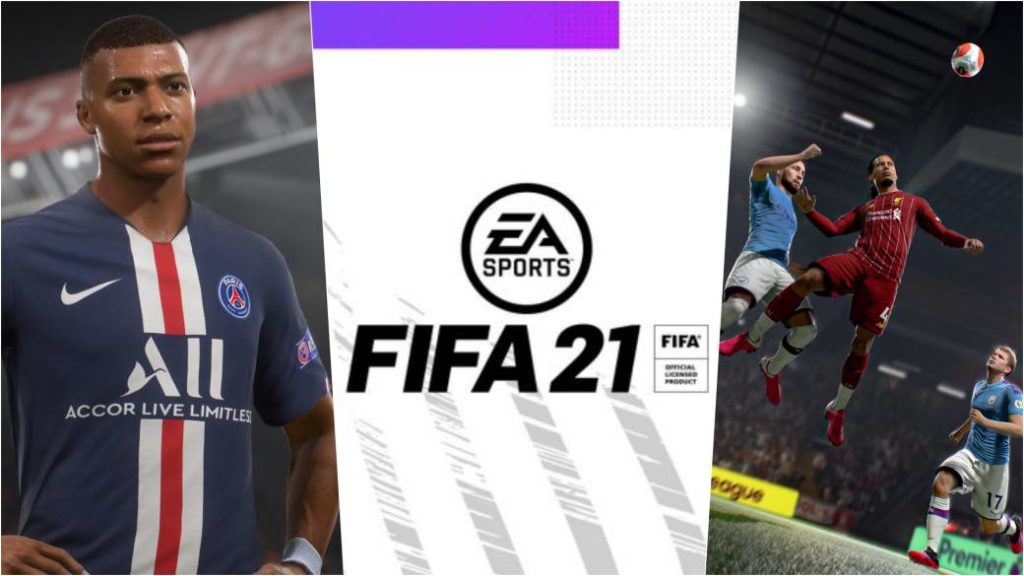 The 20/21 football season is preparing with the future arrival of FIFA 21. Learn about the bonuses you will receive when you book it on the PlayStation Store.

The last flicks of the atypical 19/20 season is leaving us a sweet transition to the new stage of sports video games. With the next generation of consoles on the horizon, titles like FIFA 21 are preparing their artillery to be part of the digital leisure of soccer lovers in the last half of 2020 and 2021.

Therefore, at FreeGameTips we bring you the reasons why you should reserve it through the PlayStation Store. With just a few clicks you can prepare for what is to come in the month of October, as well as having succulent extras that extend your experience in its main game modes. We connect with leather for another year.

FIFA 21 has several alternative editions to your standard copy. Among all of them, the Ultimate Edition stands out, the most complete way to start playing from next October 6, three days before its official launch. With it you can mainly obtain exclusive content that improves your first steps in Ultimate Team, its star mode.

If you pre-order the issue before August 14, you will receive a non-transferable FUT 21 pledge item. This card is part of the Ones to Watch collection, a reverse side that includes players under the age of 30 who have been traded during the summer market. The most important transfers are chosen during the trading period; Being a live upgradeable card, its stats vary as they stand out on the field of play. They are moldable, to say the least. 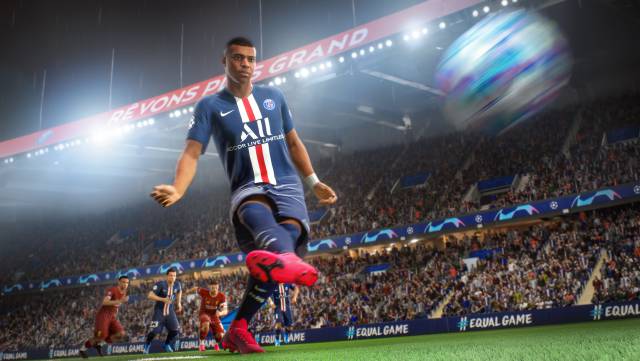 You can pre-order FIFA 21 Ultimate Edition + Temporary Bonus on the PlayStation Store for just € 99.99. If you are a member of EA Access you will have a discount of € 10 on the purchase, so it stays at € 89.99. By doing so from the PS4 digital store, you can download the game in advance to start playing from the moment it is available.

You will find the full content of this edition below:

It is worth noting the importance of obtaining such a number of envelopes over a wide period of time. These envelopes include all players whose base bib number is Unique Gold, that is, those that shine in gold. You can have the possibility of expanding your template if it suits your needs or send them directly to the transfer market. Whatever your choice, you will receive a performance according to your interests. 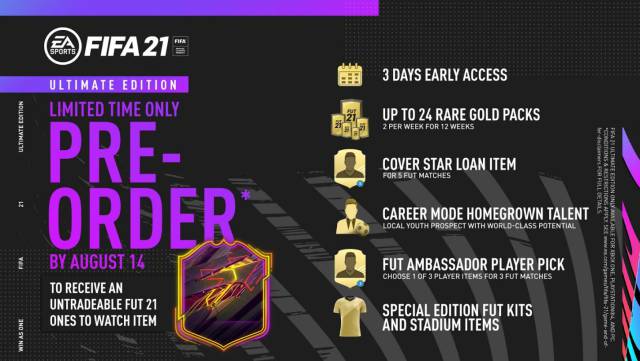 FIFA 21 Ultimate Edition content along with the bonus until August 14.

Along with the players, consumable items and cosmetics for the club are included. Consumables are essential to maintain the stability of your team, since they range from being able to shorten injury periods to increasing the contract of your players. Specifically, if you get a gold contract, you can get the highest possible renewal in the game. You will receive the envelopes at the rate set by the description; You will know you have unopened new ones from the ingame store inbox.

On the other hand, the momentum it offers during the first few days is always good for winning victories and increasing the portfolio. During five games we can align the player who stars on the official cover. For the moment the chosen star has not transcended; Eden Hazard did the same last year. Having a world figure makes a difference. We can not forget that the transfers extend to the FUT ambassadors, stars chosen for the advertising campaign of the mode. Among the available trio, you can receive the loan of one during three games. 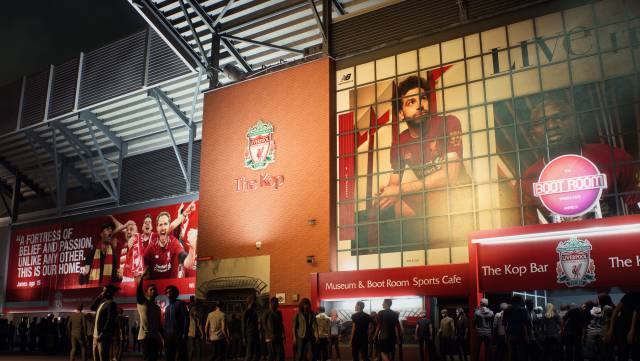 Those 3 days of early access allow you to participate in a pre-inflation market that it will suffer once it reaches the mass public. The fewer offers, the cheaper the prices and the better opportunities you will have to form a competitive team for less money than usual. Leftover money that you can invest in improving the visual aspect of your team, either by buying the shield you want, uniforms, typhos, local stadium … With the edition you will receive several extra items, although at the moment it is unknown what they will be.

Not enjoying Ultimate Team is missing out on much of FIFA’s annual appeal. It is the way in which a different way of understanding football revolves; Millions of players gather to collect the deck of players who will be part of their team. Like when you collected the LaLiga cards, with the exception that those cards come to life in the virtual environment.

An ecosystem of diverse experiences coexists within FUT under the same game modality. You can face both equipment controlled by the machine or with real users through the internet. Squad Battles is the front door for newbies. In it you can play against outstanding teams of the week, but being able to control the difficulty of the AI. Your results will dictate what skill range you are in at the end of the seven days of the cycle, which will bring you rewards according to what you have achieved. 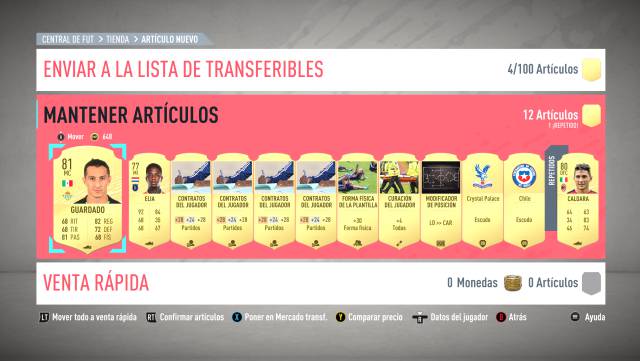 Photo: FIFA 20 | Get consumables to upgrade your equipment.

Divisions Rivals offers a similar cycling experience of skill ranges and better rewards, except that you pair up with other human users in real time. You will advance in divisions if you meet your victory goals, so you will always play against people who play the same way you do. The most enthusiastic will go to the FUT Champions mode, an exclusive tournament in which only those who have managed to obtain the necessary coins by playing Divisions access.

Among other competitive modes, there is also time to play light-hearted matches. The friendly FUTs recently joined the franchise, allowing you to play without consequences with your friends, either locally or online. The game modes go beyond the classic rules: from a ball that gives you more speed to a game without rules, through others without games and more versions designed for fun. 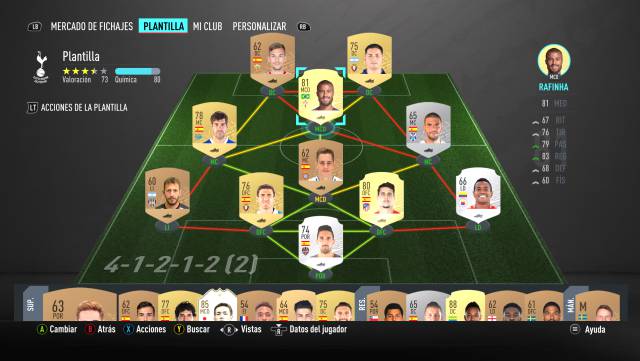 Photo: FIFA 20 | Manage your club to improve relationships between players.

Forming a team in Ultimate Team is completely different from what you can do in career mode, for example. Here are certain stats that influence player behavior. Chemistry comes into play, a factor that improves the relationship of players who share sections of the field of play. As if it were a row, your eleven is connected by lines that determine how the players get along with each other.

The nationality, the team, the league in which they play and whether they are placed in their natural position are taken into account. As if that were not enough, they must play a minimum of ten games with the same coach, which will create a bond of loyalty. On the bench, it is convenient to select a manager from the same league in which we focus, since it will improve the way in which consumables behave.

You couldn’t enjoy the Ultimate Team offer and all other online modes in FIFA 21 without being a member of PlayStation Plus. Beyond the possibility of playing online with your friends, the subscription allows us to obtain new games at no additional cost each month. From June 29 to the end of August, the company celebrates 10 years of PS Plus. A celebration that began by offering the four titles available during the month of July: Rise of the Tomb Raider, NBA 2k20, ERICA and Nubla 2. Download them now and they will be yours forever as long as you keep your subscription. 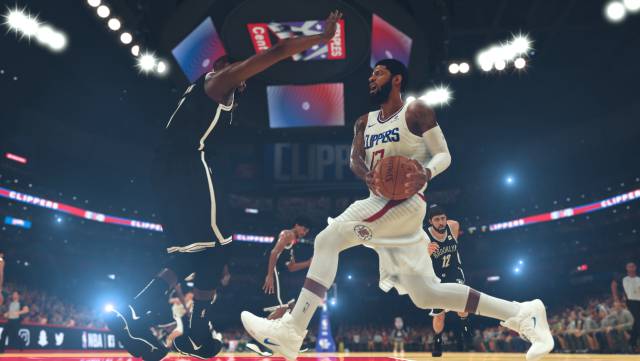 NBA 2K20 is one of the free PlayStation Plus games in July.

Along with the main functions, you are also allowed to share your favorite games with your friends thanks to the Share Play function. As a member you will have access to exclusive downloadable content for the most popular multiplayer games of the moment, such as Apex Legends, Call of Duty: Warzone or Fortnite. And those to come.

If you decide to make the jump to PlayStation 5 in late 2020, you can get the version for the new generation by buying the PS4. Double Version: pay once and access both editions. The process is as simple as purchasing FIFA 21 and activating your copy on your new console before the launch of FIFA 22. 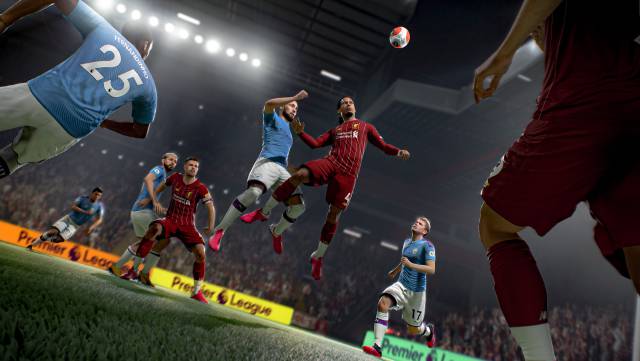 Take it easy, the progress you make in Ultimate Team and VOLTA mode will migrate to PS5. The only thing you will lose will be the advances in online seasons, cooperative seasons, career mode and Pro Clubs. Therefore, everything you achieve within FUT on PS4 can be brought to your new platform.

We follow the example above. If you pre-order FIFA 21 Ultimate Edition on the PlayStation Store, you can get the PS5 version once you buy the console before the launch of the next FIFA. The news that the future of the video game will incorporate are unknown, although we will know more in the coming weeks.