Nintendo had for some years what for her would be her final fantasy. It was called Final Fantasy VI and it was released for the Super Nintendo. From there, the Japanese company Squaresoft decided that the seventh installment would be released for the new Sony machine; PlayStation. The rest is history, as they say.

Fortunately, the relationship between the creator of one of the most important video game franchises with Nintendo did not have a bitter end. After nine years of back and forth, the developer returned to Big N hardware with Final Fantasy Crystal Chronicles for Gamecube. A title far removed from what we know as the purest Final Fantasy, yes, but not without magic and wonderful moments. Now it comes back remastered for Nintendo Switch, we will tell you how it did it.

Final Fantasy Crystal Chronicles is a fairly unusual title, at least for the time it appeared. It also had multiplayer but making use of Game Boy Advance portable game consoles, which made the proposal even more strange than it already was. Despite how different it was from its older brothers and that to be able to enjoy it 100% you had to have friends with Nintendo laptops, the game had its legion of followers.

And is that Crystal Chronicles is a story of overcoming through a journey full of dangers to protect friends and family from a death that constantly stalks; the miasma. This fog of strange origin devastates the world where the four main races of the game live; the Clavates, the Selkies, the Liltys and the Yukos. Its mere presence shortens the life of the inhabitants and the only protection against it are crystals that feed on myrrh. 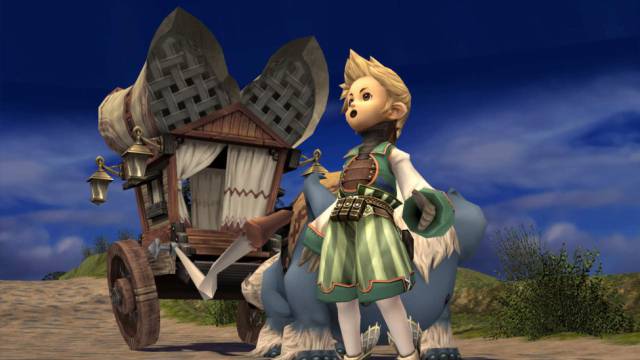 Every year, the myrrh deposited on the crystals is consumed, which means that each town must send a retinue of heroes to refill them. However, this liquid capable of preserving life in the world is very difficult to obtain; Only one drop of myrrh can be obtained from each tree that produces it every several years.

The miasma itself not only shortens the life of everyone who comes into contact with it, it also attracts the most diverse monsters, so the crystal legion in charge of revitalizing the crystals must be a shower in combat; And this is where you come in

The years take their toll

The video game directed by Akitoshi Kawazu – one of the founding fathers of Final Fantasy – cannot be said to be a bad game but it is true that today and with some experience accumulated on the backs of millions of players, the seams can be seen easily. It was not a too complex title nor did it require too much skill at the controls, it was a fairly discreet action rpg that, as the final icing, was tremendously slow. However, this slowness, the entertaining diary entries, the excellent soundtrack by Kumi Tanioka and Hidenori Iwasaki, the fantastic settings and the graphic muscle that accompanied this epic made Crystal Chronicles not fall into oblivion. 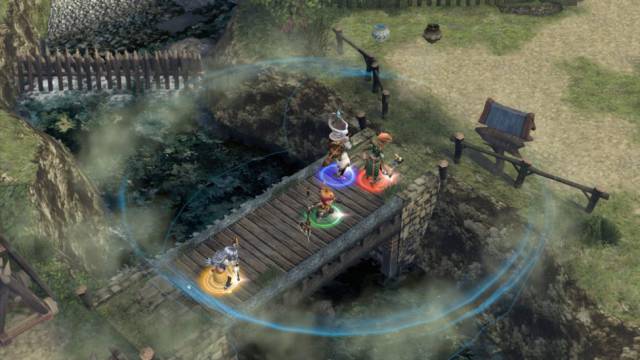 With a couple of buttons left over to attack enemies, cast magic or buy in the shops of the towns. It was very simple in practically everything, except in that of gathering friends who met all the requirements, of course. To know more details about its gameplay, it is best that you stop by where our colleague Francisco Alberto Serrano told us in his day what Final Fantasy Crystal Chronicles was like in detail.

Now, seventeen years later, the game continues to fall in love with its virtues but we see much more the shortcomings that were barely appreciated in the past. Some of them were the little variety of enemies, the fairly predictable movements of the same or their attack routine, that the game was designed to get the most out of it in cooperative or its concept. All these points, unfortunately, are more easily visualized with this remastering for various reasons.

One is the huge variety of genres we have today, the fresh ideas they bring, and how lackluster Crystal Chronicles is in comparison. On the other, we have an online mode that, although it facilitates multiplayer, does so with several basic errors that may not please everyone. Finally, the graphic section has improved, yes, but with nuances and with questionable performance on Nintendo Switch, the version to which we have had access. 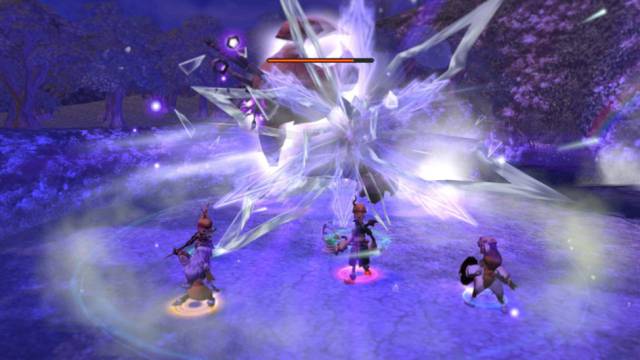 And it is that the video game has received a facelift with which it adapts to the new resolutions to reach a basic Full HD. This implies that most of the textures manage to give the hit but unfortunately there are others that not so much. Everything looks much better, of course, but the game feels somewhat empty and simplistic, they have not added an extra stone or left less. There are more drawbacks such as long loading screens or that the game has quite alarming drops in framerate at times when geometric loading becomes a bit complicated.

What’s new in this version

Final Fantasy Crystal Chronicles Remastered Edition comes to Nintendo Switch and PlayStation 4 consoles but also to Android and iOS mobile devices. To celebrate the return to the ring of this classic Square Enix has added a few novelties that will delight everyone who enjoyed the original.

The first of these is the addition of new dungeons and equipment for advanced players who want to add a greater challenge to the adventure. These new adventures are starred, of course, by new enemies for the occasion. They also have new musical themes to match the soundtrack of the original. Musical catalog that by the way has received a new recording of its main theme and new voices for the characters —in English—. 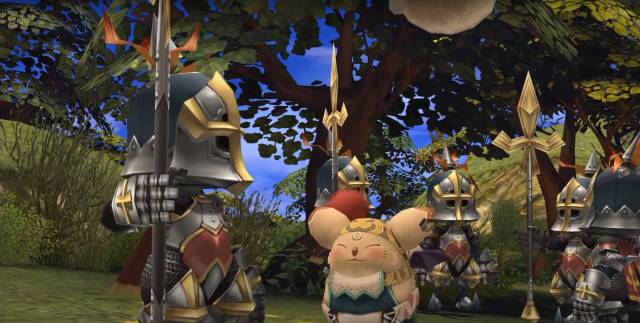 An option has been added to mimic the appearance of other characters through the Moogle race – or Moguritos. Talking with them during the adventure, they will wedge us some postcards and give us crystals that allow us to carry out this transformation. Also the possibility of combining magic with other players to create powerful spells or the famous online mode.

We are going to stop and talk about the online multiplayer addition for a moment because although the experience in general has been good, there is a too thick deposit in the background that has not finished convincing us. For example, we want to search for a group through the internet but the dungeon needs to start —with us inside— until a player appears to accompany us. Spoiler: it may not even appear. And, in the event that players appear, a team hero must always carry the crystal so it is unusable most of the time. In addition, all progress made in the dungeon will only count for the one who has logged in. This prevents a friend from advancing in the game together, something quite cumbersome given the importance of multiplayer in the title. And one last piece of information to add to this paragraph is that the players who join your game must see yes or yes the story cinematics, emails from Moguri received, possible reply etc … 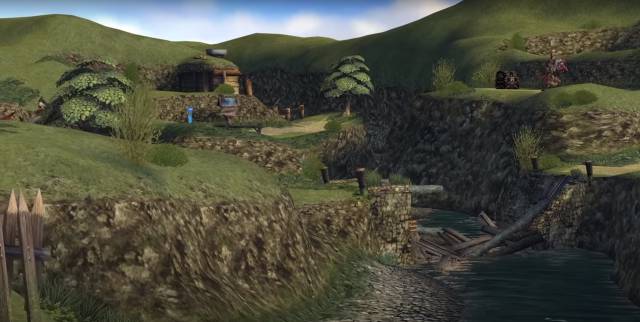 The games that we have carried out using the network of networks have worked great although in most cases it has been difficult for other players to join our group to carry out dungeons and not the other way around. Group that by the way dissolves once you finish the dungeon in question. On the other hand, there is a kind of list of friends with which we can add players with whom we have enjoyed the session and that, at a certain point, we can quickly invite or join their created games.

And the latest noteworthy novelty is the possibility of enjoying multiplayer games with users from other platforms where the game is available. That is, what is commonly called crossplay. A Nintendo Switch user can enter a dungeon with both hybrid and mobile players or PlayStation 4. There is also a free version called Lite that allows you to exploit this function and others throughout the first three incursions of the game.

Final Fantasy Crystal Chronicles Remastered Edition is a set-up for current platforms without too many pretensions. However, the word remastering fulfills it and also adds new content and other improvements. It feels a bit old both the playable mechanics and in terms of graphics but now, seventeen years later, it is not what it intends. If you were left with the desire to enjoy its multiplayer because you do not have friends who own a Game Boy Advance, the purchase is almost mandatory, as long as you are satisfied with the decisions that have been carried out to add the internet to the equation. It is still as magical or more to walk through its settings as in the past.