You are here: Home / PS4 / Fortnite – Deadpool is joining today 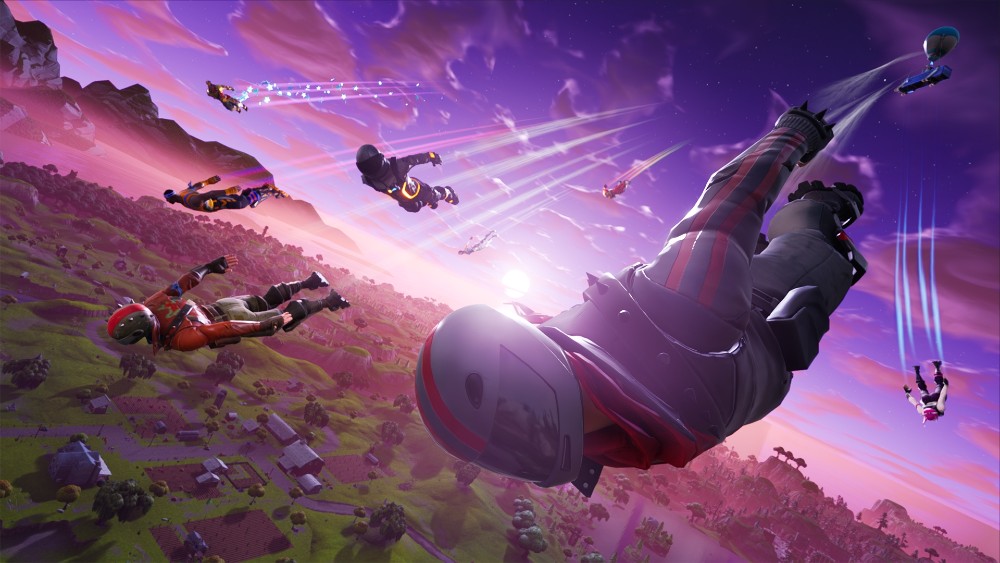 After numerous hints, Deadpool finally made it to ‘Fortnite’ today, of course with the delay. Epic Games tells you how to unlock the anti-hero.

You can unlock Deadpool by completing the mercenary’s challenges in week 7: Find two of his Akimbo pistols and bring them to him. Deadpool also has something for you if you just want to party. DJ Deadpool has a reward for tepid – the newly mixed freestyle lobby music!

“You’re probably thinking right now:” Hey, I have Deadpool. I have the freestyle remix. But that’s just not enough Deadpool for me. ”Don’t worry, we won’t let you down this time either! Do a few test turns with Deadpool’s “Fleischhammer”, fly on his hang glider “Drachenhorn” (aka “Donnerflimmern”) through a rainbow or dash around with his far too cute scooter emote! “

With the “Deadpool” outfit, you can then be on the road as the notorious mercenary with the big mouth. The outfit is now available exclusively in the Battle Pass from Chapter 2 – Season 2.