You are here: Home / News / Fortnite: Thor and Galactus would be in the Season 3 event; filtered the first details 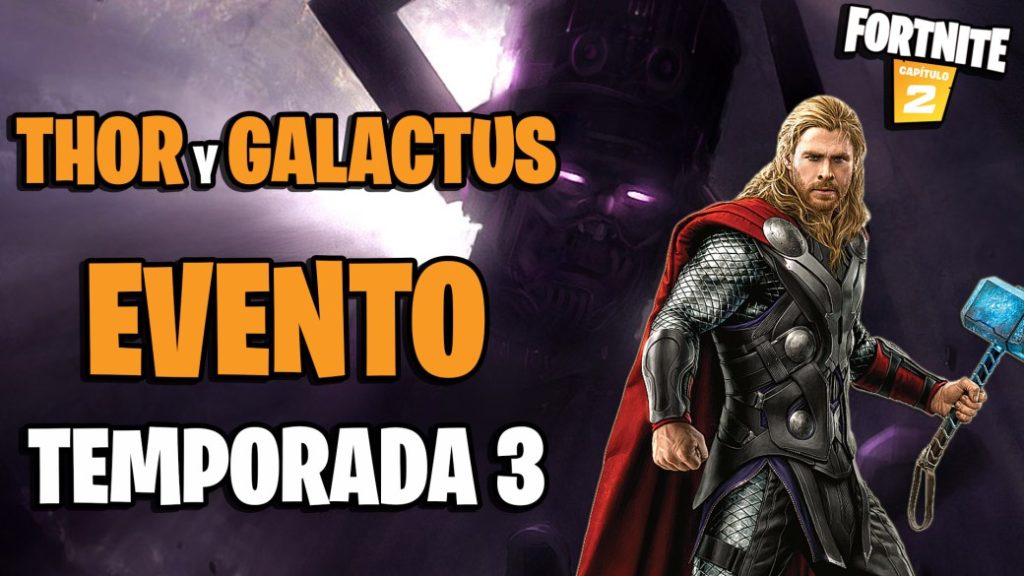 With Fortnite patch 13.40, it has been leaked that Thor and Galactus will have something to do with the event at the end of Season 3. We tell you everything.

With the arrival of patch 13.40 on Wednesday August 5, 2020 in Fortnite Chapter 2, the data mining community has started leaking files and data from what we assume will be the event of the end of Season 3 of the Battle Pass. Among these files have also been found Thor and Galactus, from Marvel. We tell you everything in depth just below:

Fortnite: Thor and Galactus leaked as part of the Season 3 event

Among the new files added to Fortnite Battle Royale through content update 13.40, we have been struck by an audio that refers to “HighTower”, which is the code name for this event. You can listen to this audio in full here:

Among the Fortnite Battle Royale patch 13.40 files, there is an audio of an event, whose code name is “HighTower”. Will it be the Season 3 finale event? #Fortnite pic.twitter.com/Asn2O3ZwS0

The thing is not there. Searching further among the game’s files taking this code name as a reference, other dataminers such as iFireMonkey and FortTory have found some marks that would remain on the map during —or after finishing— the event:

The “Hightower” event will leave markings on the map that look like this: pic.twitter.com/xUvOyKBRBN

[keep in mind that this is not the actual location where these will be, we had to use this location to get it in-game] pic.twitter.com/768uoXFoCM

These icons are marks very similar to the ones Thor leaves when traveling through the Bifrost. In fact, in the trailer for the skin of Captain America in Fortnite, it left a similar mark behind him, implying that he had reached the island of the game through it.

Out of the Captain America Trailer. Looks the same pic.twitter.com/R4m47ps6a2

But be careful, because the thing does not end there; When passing the audio file of the event through a spectrogram, we have a very curious image that reminds us of Galactus, a Marvel character.

The sound file image of the event on a spectrogram, in detail. Galactus? #Fortnite https://t.co/RBFzhhGIhH

Additionally, in-game comics have been leaked featuring both Thor and Galactus:

This is what the Thor and Galactus comic looks like in-game. # Fortnite https://t.co/Ni9j1UoePj

We also know that during the event a huge crack will appear about The Authority:

As part of the “HighTower” event, a crack will appear in the sky above The Authority. # Fortnite https://t.co/BUT1HHfGjY

This is all that is known, so far, about the Fortnite Chapter 2 Battle Pass Season 3 finale event. According to the game’s Battle Pass tab, this season would end on August 27, 2020, although Knowing that there are references in the files to twelve weeks of challenges, this end date – and therefore the event date – will surely be later.