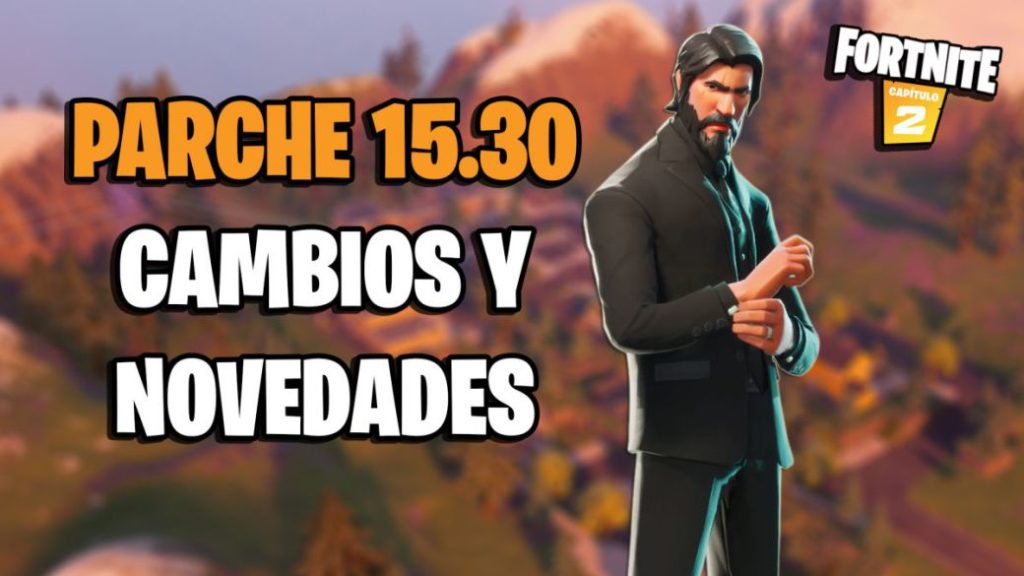 We tell you what are the most important changes and news of Fortnite Battle Royale patch 15.30. New content update.

Fortnite patch 15.30 arrived on Tuesday, February 2, 2021 and brought with it many changes and news. Here are the most important improvements in this new content update for Season 5 of the Battle Pass of Fortnite Chapter 2, such as the new The Command Contract mode:

As you know, Epic Games does not publish patch notes as such; instead, we have to access their Trello, where they post what issues they know are currently in the game, and which of them will be fixed with each patch.

Changes and fixes in Fortnite’s Save the World mode

Mobile fixes and changes in Fortnite

As usual, Fortnite patch 15.30 brings with it new items in the form of skins, pickaxes, wraps, hang gliders, and much more:

A look at the two new skins from patch 15.30. # Fortnite # FortniteSeason5 pic.twitter.com/7TOKsh0gkv

Fortnite Patch 15.30 has added new exotic weapons to the game. They are as follows: Quad Burst Launcher, Splash Cannon, and Frozen.

Patch 15.30 has brought the missions of Week 10 and Week 11 of Season 5 of the Fortnite Battle Royale Battle Pass. They are as follows:

His description is as follows: “The best hunter in the galaxy wants to show why he holds that title. Challenge other players to see who is able to earn credits faster. Eliminate the targets set by the contract to earn additional credits and eliminate Specially branded hunters for high-level loot. When the Mandalorian enters the game, he will try to hunt down the player with the most credits. Getting to the top might be easy, but can you stay up there? “.

Fortnite Patch 15.30 has brought a new named location to the map. It appears to be a zone of the Mandalorian:

With Fortnite patch 15.30, new achievements also arrived, all of them focused on the MTL The Command Contract:

I forgot this morning, but with patch 15.30 came six new achievements for the MTL The Command Contract. # Fortnite # FortniteSeason5 pic.twitter.com/vxoDBCIz8u