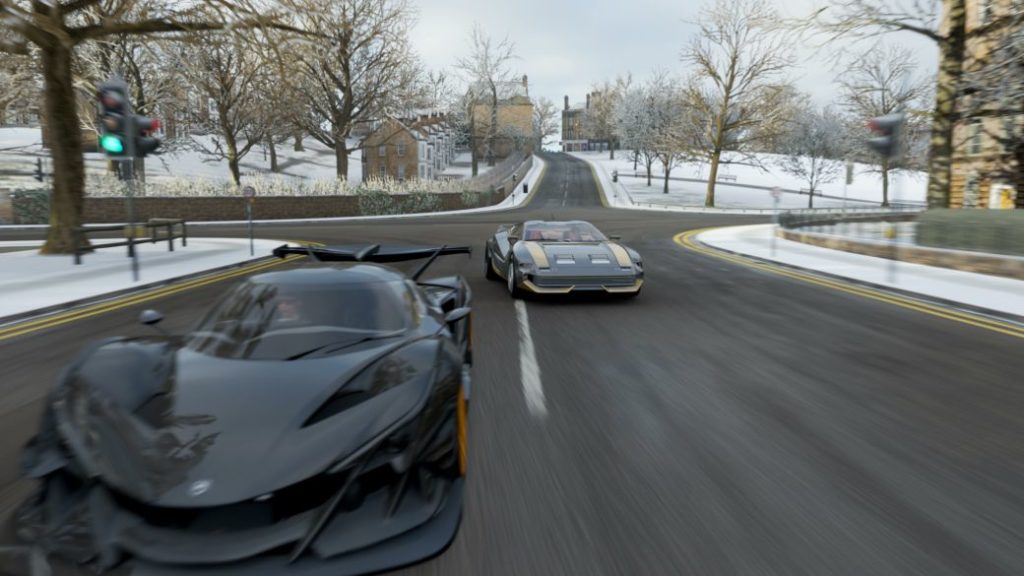 The journalist Geoff Keighley is about to open a new edition of The Game Awards, an event that, as usual, will bring us new announcements about video games, in addition to the traditional awards ceremony. One of the titles that will be present is Forza Horizon 4, or at least that’s what the official Twitter account of the video game has dropped. Everything indicates that the announcement will be related in one way or another to a collaboration with Cyberpunk 2077, more specifically with the appearance of one of its cars in the Playground title.

And it is that Forza Horizon has started by repeating a follower who has published a screenshot in which the name of one of the vehicles of the CD Projekt RED title appears, the Quadra V-Tech car. Playground Games has published a gif of Westworld, HBO’s cyberpunk series, with a message: “It doesn’t look like anything to me.” Next, they have asked the players to be very attentive to The Game Awards 2020 gala, which will begin at 00:30 (Spanish peninsular time). At the same time, images have already been leaked.

At the moment, the expected Forza Horizon 5 has not been announced. Not in vain, Playground and Panic Button have teamed up to publish the new generation version of the fourth installment, available from the launch on Xbox Series X and Xbox Series S. In addition , the game has not stopped updating throughout these months. The most recent novelty is Super7, a challenge editor that has come to the video game for free for each and every player. This tool works in a similar way to the path creator, with the difference that it allows us to design skill sections.

Forza Horizon 4 is available on Xbox One, Xbox Series X, Xbox Series S, and PC. Of course, it is also part of the Xbox Game Pass catalog.