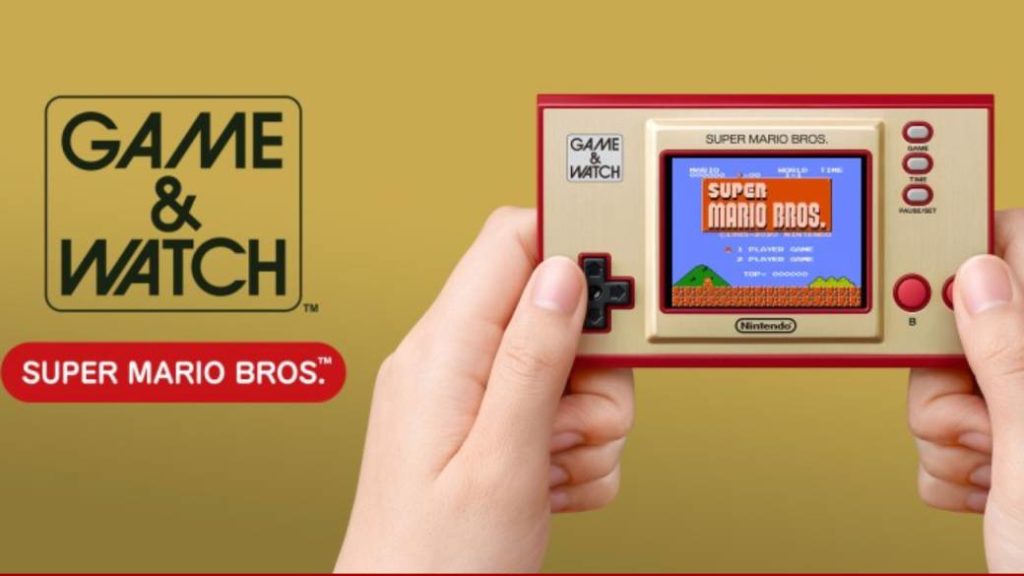 The console will continue to function as a clock and will incorporate various Mario games into its guts, as well as other secrets to discover.

Retro is back, or rather, retro has never gone away. Let them tell Mario, who has been crushing enemies nonstop since the eighties. His platforming adventures have never gone out of style and are still available on the market. This is the case of Super Mario All-Stars 3D, a compilation that includes three of the great classics in three dimensions (Super Mario 64, Super Mario Sunshine and Super Mario Galaxy). Also, if you haven’t had enough with Super Mario Bros. 35, Super Mario 3D World and Mario Kart Live: Home Circuit on Nintendo Switch, wait to see the new Game & Watch: Super Mario Bros.

Nintendo has announced this new device as part of Super Mario’s 35th birthday, a year complicated by the coronavirus, but one that has not forgotten the most famous plumber in video games. This new collectible is inspired by the Game & Watch consoles of the eighties, the forerunner of handheld consoles and the GameBoy. As reported by the Japanese in a press release, 43 million units were sold worldwide. They included a game and could also be used as a watch (hence its name).

Live an authentic trip to the past! Game & Watch: Super Mario Bros. will be available in stores starting November 13.

How is the new Game & Watch?

This specific device mounts a modern control crosshead and comes with several classic video games in its circuits, nothing more and nothing less than Super Mario Bros., Super Mario Bros .: The Lost Levels (known in Japan as Super Mario Bros. 2) and a special version of Ball starring Mario himself. In homage to the machines of yesteryear, Game & Watch: Super Mario Bros. will retain its functionality as a watch. There are 35 details to discover, “including some starring Mario’s friends and foes.” We won’t have to wait long to get hold of the console: it’ll be out on November 13.

This Mario anniversary has also featured an original video game within the saga. Paper Mario: The Origami King went on sale last July.