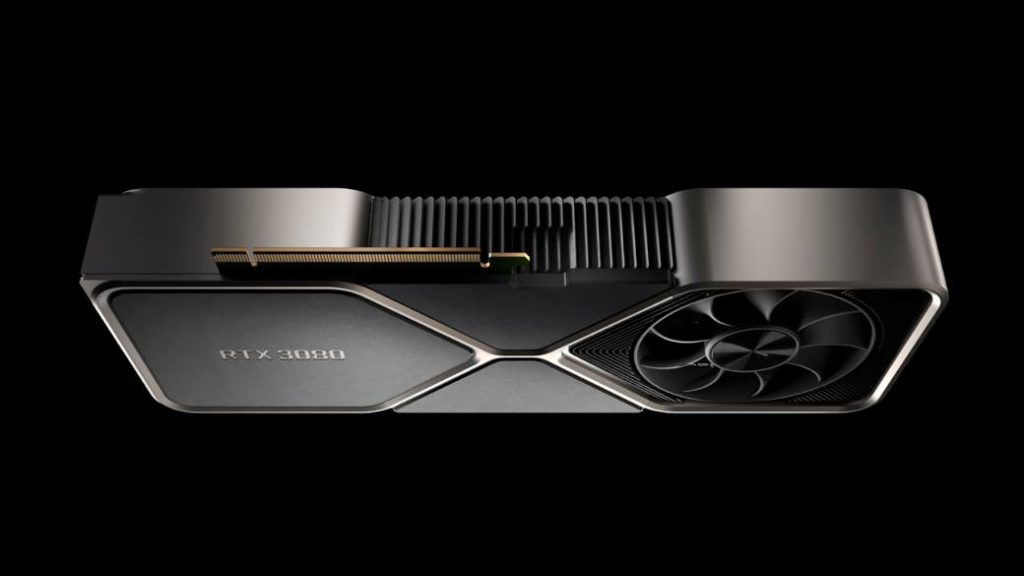 After the presentation of the GeForce RTX 30 Series, the Californian company NVIDIA gave us the opportunity to test the new GeForce RTX 3080 Founders Edition graphics card and we were pleasantly surprised, since this piece of hardware nevertheless innovated in terms of structure, it is capable of achieving outstanding performance results, achieving next-generation visuals.

We develop the Reviews with the following PC

The parameters we selected were to take to the extreme all the games we ran in 4K resolution with HDR active, Ray Tracing to the limit in case of having this function and activating the DLSS in case the game gave a performance lower than 30 FPS without This function. All games were installed directly on the SSD to see load speeds and were played for at least 30 minutes each, sampling the most complex parts.

We opted to develop the Reviews in 4K resolution, since when doing a test with Horizon Zero Dawn on a Z35 Predator monitor with 2560 x 1080p resolution with everything in ultra, we obtained a rate of 150 FPS, 47 FPS above the GeForce RTX 2080 Ti, without taking into account that in the latter the graphic configuration was inferior in several of its sections.

However, we left the games that had their own benchmarks as is and obtained the following results: 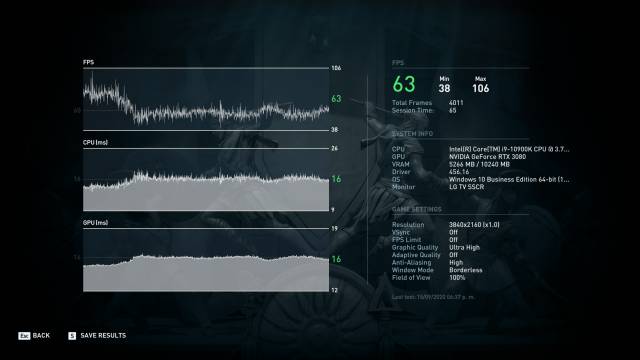 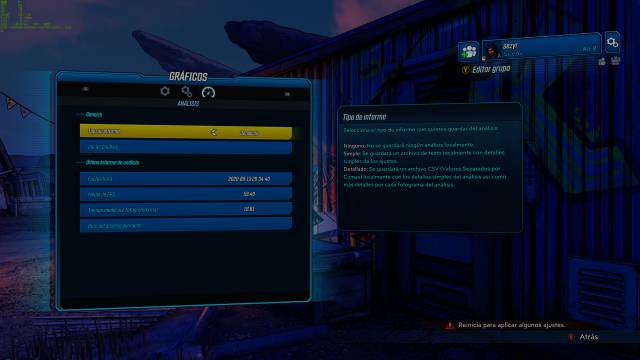 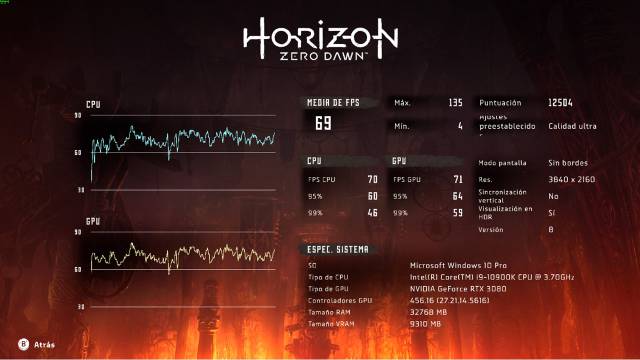 Shadow of The Tomb Raider 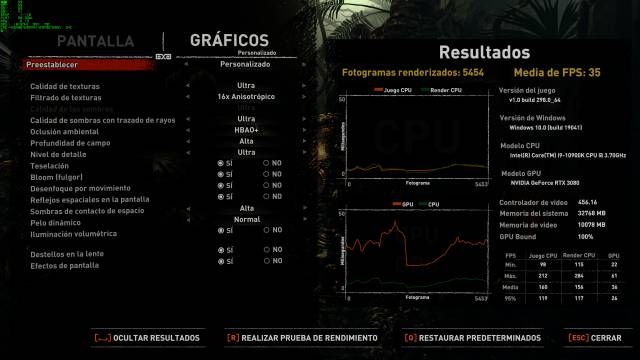 The games we evaluated without their own benchark were: 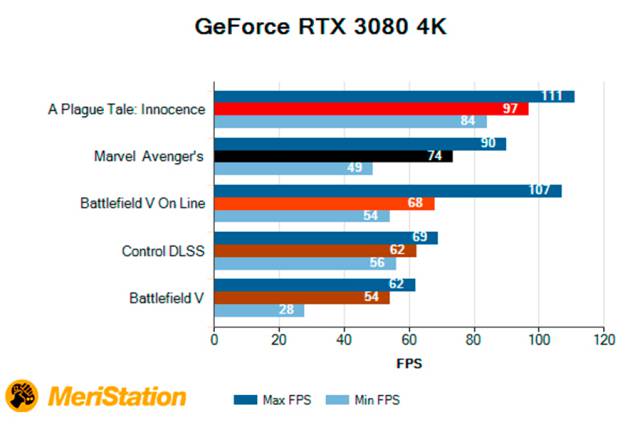 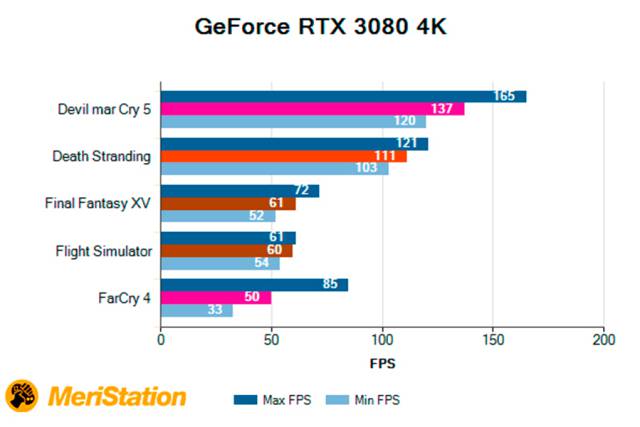 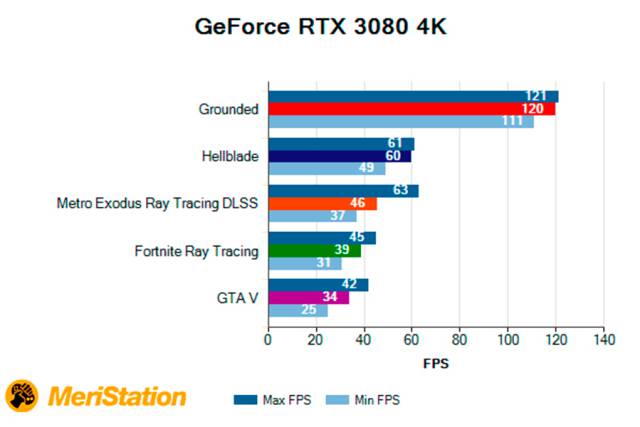 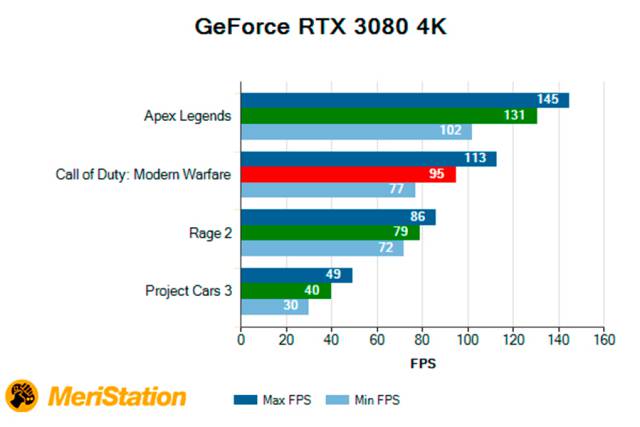 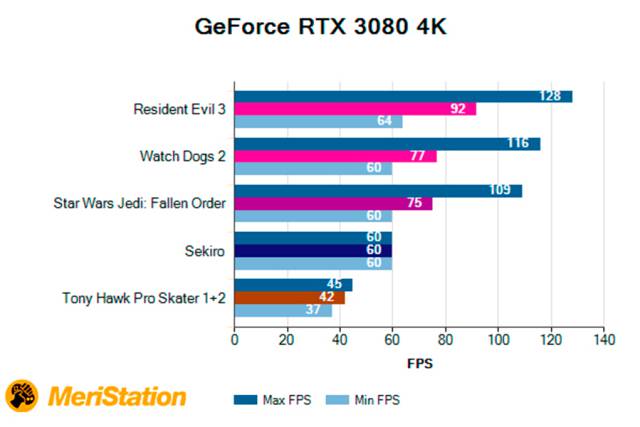 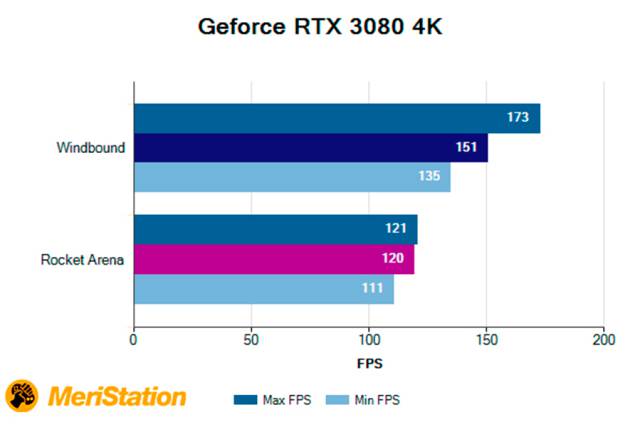 Something that impressed us about the tests is that the card did not exceed the critical temperature levels of 93 ° and the fan makes almost no noise.

It should be taken into account that this card will integrate NVIDIA RTX IO technology, which will considerably improve loading times.

However, we also ran a number of Full HD video rendering tests in Adobe Premiere, achieving timings of 1 fraction of the time the video lasted. For example, a 5 minute video, he rendered it in less than 1 minute. Same case with After Effects renderings.

The GeForce RTX 3080 is for those who want to experience 4K gaming in most major games at 60+ FPS with all settings in ultra and some cases with Ray Tracing. However, the large number of additions focused on the generation of content such as the Omniverse Machinima and the Nvidia Broadcast, as well as the reduction of latency times with the NVIDIA Reflex, makes it one of the best GPUS of this 2020 that can be contemplated, both by competitive video players, and by those who like to stream or videos. Taking as a reference the price with which it debuts, which is far from its predecessor, the GeForce RTX 2080 Ti, it is undoubtedly a great option to consider for the new generation of video games that is to come.