You are here: Home / News / Héroes de Papel will edit Studies, a collection on videogame research 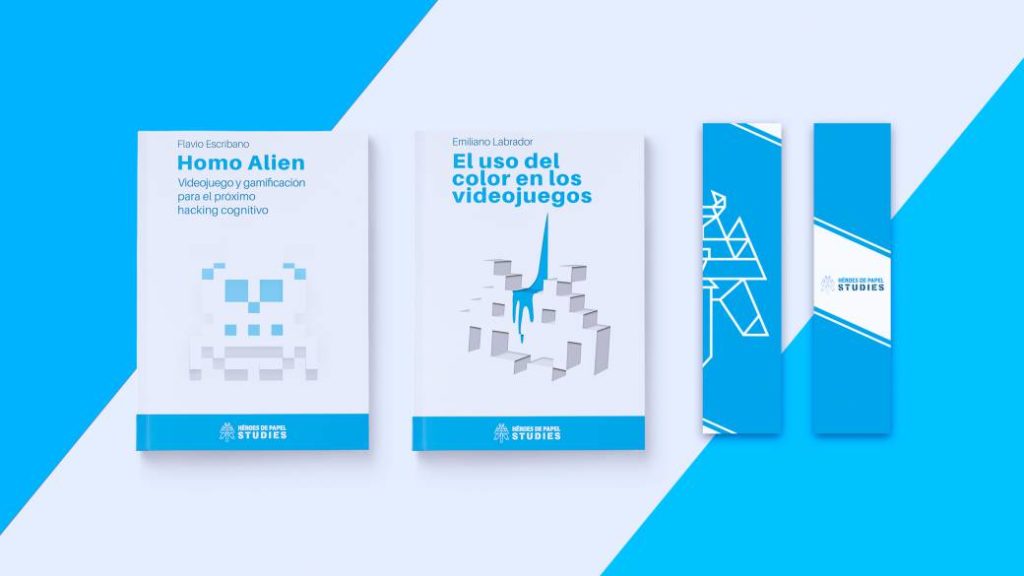 Homo Alien: Video Game and Gamification for the Next Cognitive Hacking and The Use of Color in Video Games are the first books in the collection.

The Héroes de Papel publishing house has uncovered Studies, a collection with which they will try to make known the thoughts and works of researchers who are professionally dedicated to researching video games. The first two books in the collection are now available: the first of them analyzes color in video games, while the second delves into the phenomenon of gamification. The intention is to continue publishing new essays of this type in the future, as confirmed in the press release.

According to the publisher, video game research has grown in recent years. The fields have been opened and professionals have placed the magnifying glass on different approaches, such as philosophical research on ontology in games, metrics seen from psychology or education, etc.

We present STUDIES, our new label dedicated to the academic study of video games, in collaboration with the Autonomous University of Barcelona (@UABBarcelona) and @incomuab. Next, we present the first two titles, AVAILABLE FROM TODAY: pic.twitter.com/0E7vlOzJC3

A space for researchers

“As there are many and very good professionals, students and academics who are dedicated to studying this medium, it made sense to make their thoughts and works known,” they say from Héroes de Papel. That is why they have closed an agreement to publish a collection supported by the Institute of Communication of the Autonomous University of Barcelona (INCOM-UAB) and the Observatory of Communication, Videogames and Entertainment (OCVE). This collection is also endorsed by an international scientific committee made up of researchers from different universities.

Flavio Escribano (doctor at the Complutense University of Madrid and head of the research team at the GECON.es Foundation) is the author of Homo Alien: Videogame and gamification for the next cognitive hacking. “Gaming was never such a powerful artifact as it is now that it has merged with digital technologies and spread as the most shared digital meme virus in human history in video game form,” he reflects. On the other hand, Emiliano Labrador Ruíz (for years professor and coordinator of the Master’s degree in multimedia creation and serious games at La Salle Campus Barcelona-Ramon Llull University; currently at Everis as a user experience and gamification consultant) reviews in his book, The use of color in video games, all the necessary aspects to understand the concept of color, its use and the way in which this aspect can be analyzed in a video game.