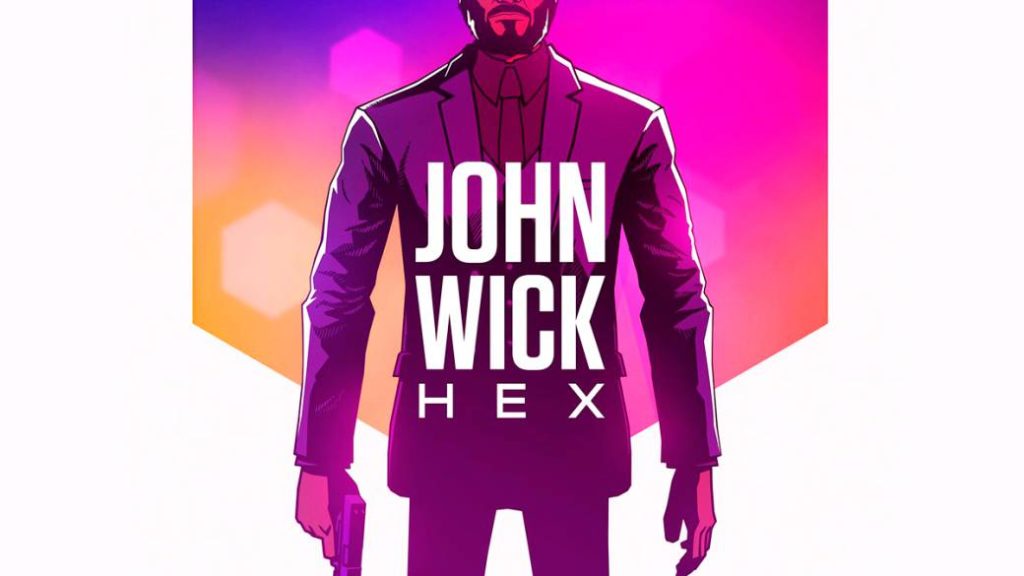 Baba Yagá debuts in the video game with a title far from the genre that is presupposed: the strategy.

John Wick staggered the foundations of action cinema in the last five years. The trilogy starring Keanu Reeves showed that now, more than ever, it is possible to offer a sober, at the same time elegant, festival of bullets. His jump into the world of video games was a matter of time. Already in the past titles such as Max Payne touched slightly with the philosophy that the film moves to the choreographies. 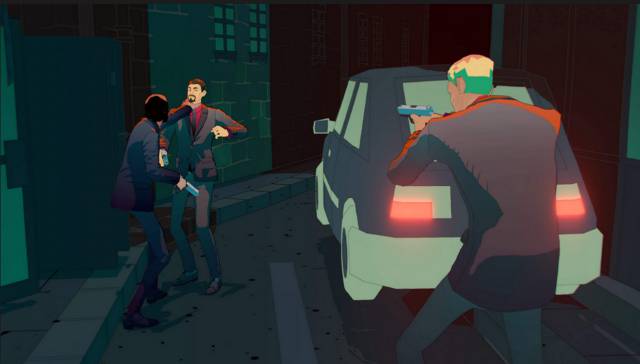 The third installment is an example of knowing how to do in the genre of the third person shooter, achieving an unmatched mix between realism and playability, Rockstar Games label. While everything pointed to this, Baba Yagá debuts in the digital industry from a completely different perspective: the strategy. But it is not done by anyone. Behind John Wick Hex is Mike Bithell, creator of landmarks such as Thomas was Alone and Volume. Little joke.

Time is your weapon

It may sound strange to conceive a title of the saga in a genre so unfit for the versatility seen on the big screen. If you are not habitual of his proposal, we talk about a character who acts with speed and determination when his life is threatened. Master of all types of weapons, is the closest thing, as we said before, to the detective of Remedy.

Therefore, Mike has devised a system in which the player can see himself in situations similar to the original concept. Play over time, as simple and level as managing every thousandth that our actions require. Because in the battle not only accuracy is measured, but also what movements are required at each moment.

Time stops when we remain motionless. During those moments, we can think about what action to take regarding the situation in the area. All the time spent on our decisions will be reflected in a bar at the top of the screen. Whether walking, flipping, shooting … everything will happen in a kind of real time with pauses, so to speak. 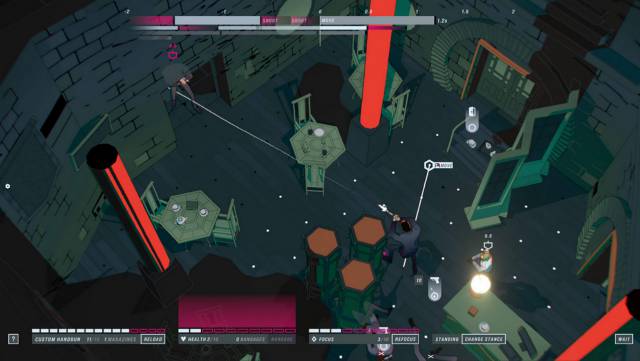 So that readers can make a mental scheme about how to play, it works similarly to the Super Hot concept. Time passes the way you want it to happen. During the first bars of John Wick Hex, you feel the awkwardness of the intermittent pauses due to ignorance of his mechanics. But once you overcome that barrier, you develop as quickly as the game allows.

Mike Bithell has managed to develop a style of play that few could have imagined when representing the murderer. In a matter of minutes you get a perspective of the scenario that you could barely know how to take advantage of in the beginning. For example, something that is usually quite useful in a confrontation is the possibility of rolling, as it allows you to take advantage of low coverage in order to suffer ambushes. In doing so, we will not only spend more time, but it also requires crouching, something that already consumes more thousandths. 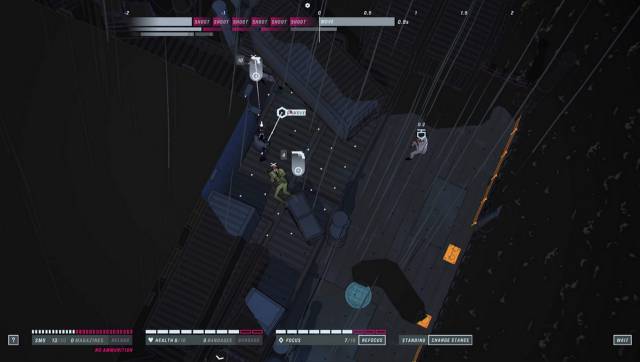 The range of possibilities goes beyond our body. We will be able to attack the enemies by surprise, even make them keys, in order to snatch the weapon they carry with the maximum possible ammunition. Although we carry a gun at the beginning of the levels, we can exchange it for the ones left by the opponents once they are knocked down. We can only have one at a time, so, more than ever, another aspect comes into play to consider within the Hex ecosystem: the improvement of the character through the use of the coins obtained on the map.

In the plot, we are involved in a prequel that will put us in notice of the events prior to what was seen in the cinema. It will be through comic strips where Keanu and the rest of the main team dispatch their dialectical discrepancies. They are few moments, everything must be said, that they try to maintain a slight interest in the events that happen during the playable part. 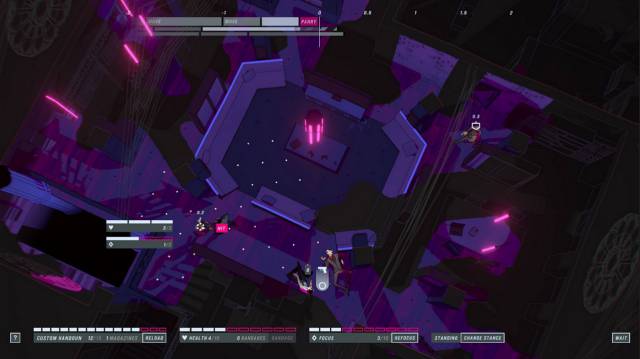 That comic style permeates the entire game. The main problem on this side lies in the poverty of the animations. At the end of each game, we are presented with the way we have developed through the use of cameras scattered around the stage. The alleged spectacularity of all decisions is marred by how abrupt the actions are. Some more tact was lacking in this aspect, although it does not affect the playable base at all. John Wick Hex remains a creative rock, including a more than correct soundtrack.

Our passage through him has taken us about ten hours to complete, being generous. It is true that from the second half the difficulty increases considerably; It requires an adaptation as fast as you can. Sometimes we have felt, especially on that other demanding side, that he does not quite know how to place the player in a balanced combat. 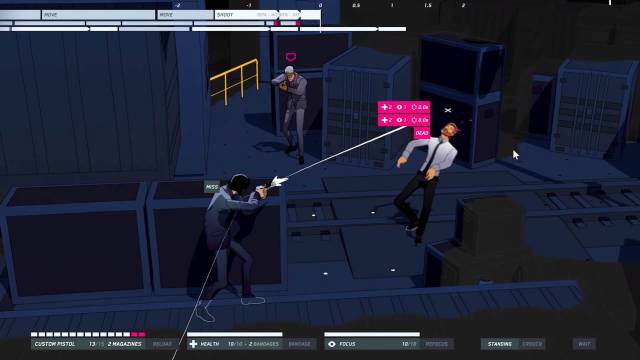 We explain ourselves: sometimes there are meetings that are resolved early, which allows you to go looking for the exit point to the next level. The problem is that this point is blocked until we have resolved all the fighting. Suddenly, more enemies appear out of nowhere in an unresolved way. We expected more from its level design, not all maintain the coherence that is presupposed to them.

John Wick Hex proposes a groundbreaking version of the killer that we all know on the big screen. That game over time reminds us of the system patented by Super Hot, with the difference of being in front of a genre as different as that of the strategy. It works on paper, it also works in practice, but we miss some more consistency in the levels from the second half. Not everything is up to par, especially because of the failure, often, of enemy regeneration points.