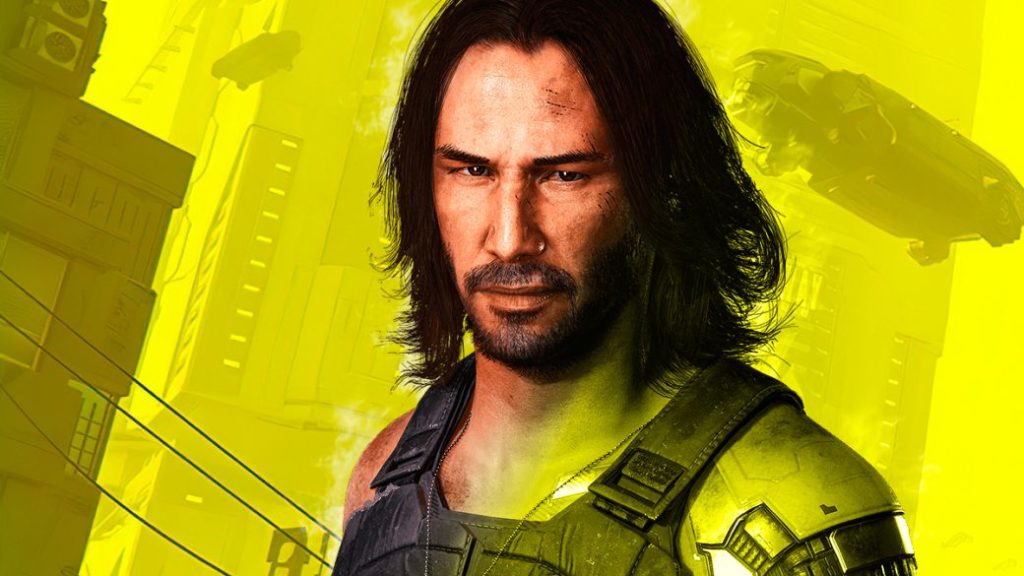 We break down the most iconic character of Cyberpunk 2077, Johnny Silverhand, the anti-establishment rocker played by Keanu Reeves in the title of CD Projekt

Video games don’t have an odor feature in place yet, but we’re sure Johnny Silverhand smells eighty percent of tobacco and twenty percent of alcohol, at least most of the time. It has rained a lot in the streets of Night City since the famous actor who plays John Wick triumphantly announced that he was going to give life to one of the most iconic characters in Cyberpunk 2077. Although the game has not come out on a technical level like everyone else we would have liked it, those of us who have been able to experience this world of implants and neon lights know that the true magic of the title is found in its history. Although it does not perfectly complement the mechanics of CD Projekt’s work, the narrative is based on an internal struggle to survive in a society that treads on all who do not live in North Oak to continue advancing towards an uncertain future. This existentialism and the feeling of constant injustice led Johnny to be and act in a concrete way, and we are going to reel it in the following lore hunters.

This article contains traces of spoilers for Cyberpunk 2077, including the ending of the story. If you intend to complete the game, we advise you to do so before reading the following lines. 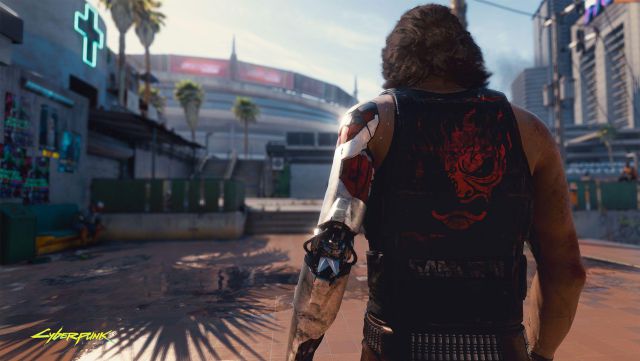 From the dens of Night City to cyberspace

“Add justice to people’s mathematics, make room for yourself in the way of the rebel”, sang Johnny Silverhand in one of the best known songs of his band SAMURAI. Not even the fifty years that have passed since his death have been able to erase the trace of his passage from the asphalt of Night City or from the memory of the people: there is not a single person who does not know his story. At least the official story. Johnny Silverhand is a gray character, like most of those who manage to survive in the city of neon, who leaves no room for heroes while the villains remain the entire court. So how did Johnny stand out in that ocean of injustice filled with people screaming in rebellion while drowning?

If cyberpunk has any chance to reconnect with its roots, it will be in a place like Night City.

Before being the best known face of the SAMURAI gang, Jonny was another soldier in the war that took place in Central America in 1990, which was aimed at stopping the drug trade in the United States. However, the Americans lost the fight and withdrew until 2003, when the Second War in Central America broke out in which they ended up invading Peru, Venezuela, Colombia and Ecuador. It was during this second conflict that Johnny lost his organic left arm and the famous silver limb that gives it its name was implanted.

At that time a journalist named Johansson revealed that both war conflicts had been nothing more than movements led from the shadows by the four most powerful corporations to plunge the country’s political landscape into chaos and gain even more control over it. In addition, the government granted authorization to large corporations to use soldiers as guinea pigs, which led to them experimenting with drugs and cyber-implants in their bodies. How could it be otherwise, many soldiers deserted at that time, including Johnny. 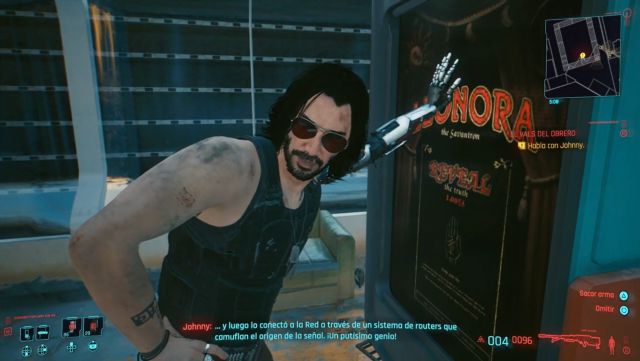 Renamed Johnny Silverhand and hiding his past as a deserter, the character founded with his friends the band SAMURAI, which in a very short time went from playing in seedy clubs to being known around the world and having a contract with Universal. The intention of the band was to make people aware of the control of the media, large corporations and the government through their protest music. However, the paths of Kerry, Nancy, Denny, Johnny and Henry took different directions in 2008, when the keyboard player pushed her abusive husband from an eighty-third floor. This led to her spending seven months in jail and SAMURAI splitting up.

Give yourself time. Ideas will come. Life will shake you, make you roll, maybe embrace you. Music will find you

Johnny and V, in unison

For his part, Johnny made his solo debut and was accompanied by Kerry on some of his tours. But of course, the DBS record company was not going to miss the opportunity to get a slice of his solo career. For this reason they threatened to reveal his past as a deserter, something frowned upon by society. But Johnny, with his rebellious spirit, was not going to be intimidated by an abusive corporation. For this reason, he spoke of his vision of the facts about both war conflicts in the lyrics of his first solo album, Sins of your brothers, which he signed with Universal. Johnny used his voice to tell the truth about the wars in Central America, opening the eyes of many, many people and changing the general opinion about the deserters. Thus, Silverhand took his place in the global universal panorama as an artist who moved by his own principles and not by money or fame.

But the forces Johnny challenged with his simple existence were too powerful for a mere rocker. One night in 2020, after arguing with his girlfriend Alt, he witnessed how she is kidnapped by thugs who left him lying on the street on the brink of death after a brutal beating. The corporation that planned everything was none other than the great Arasaka, and its target was the netrunner Alt, creator of a program that allowed them to copy the brain of the netrunners while killing their physical body, which left Silverhand as little more. than collateral damage.

Trade meat for chrome, live a BD fantasy, whatever, but at the end of it all, it’s the code you abide by that defines who you are

However, Johnny was never one to stand idly by. He assembled the Atlantis group, an organization of cyberpunk rebels labeled a terrorist by the government to infiltrate nothing more and nothing less than the Arasaka Towers to rescue Alt. The raid was a success, but it only served so that Johnny saw Alt die with their own eyes. Legend has it that he simply turned around and left, assuming the mission had been a complete failure. Driven by a thirst for revenge, Johnny enlisted a few years later in the ranks of Militech to deliver the final blow that would end the Fourth Corporate War. During the famous coup, he discovered that Alt’s consciousness was locked in Arasaka’s computers, and while it was time for the netrunner on his team to upload its consciousness to cyberspace and thus free it from the control of the Japanese corporation, Johnny ended up dying from a terrible shot by Adam Smasher. As we know, his story does not end there, since it will end up being part of V’s consciousness in the year 2077, but among the rocker’s fans there remains the hope that Silverhand is still alive and their illusions are fed back with each appearance of new rumors, as if his unmistakable corpse has been seen in a cold room. However, if we have completed the story of Cyberpunk 2077, we know that the character’s lifeless body is found abandoned in a sad dump on the outskirts of the city. 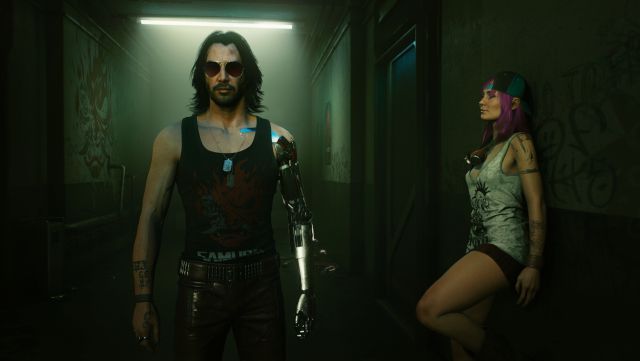 Johnny is a better character than person. Knowing his conscience from V’s point of view, we come to understand his motives and his actions, although many times we do not share it. Of course, blowing up big corporations, exposing a government that uses its citizens and soldiers as a bargaining chip, and the dictatorship of the proletariat are all tempting concepts, but Johnny exists beyond his ideology. The rocker is a drunk who has shown in more than one flashback that no matter how much he loved Alt, he treated her fatally on more than one occasion. He had the talent to stir consciences, but he also signed contracts with major labels that allowed him to reach the peak of fame. And last but not least, it broke Rogue’s heart continuously and without much thought.

Friendship… has a price. It can destroy your life and become a burden. Doing a friend a favor for old times can end very badly

However, those who knew him first-hand were still by his side, and we are sure they have their reasons. When Johnny’s “ghost” shows up at Kerry’s luxurious mansion, his first reaction is to turn him green and then to offer his help. The same goes for Rogue, who despite her feelings is willing to risk everything to help her old friend. Johnny is a gray character, but the best characters are. He has iconic moments, like drawing his famous weapon during a gig or blowing up the Arasaka tower itself. In addition to the perfect embodiment of the concept of cyberpunk rocker, Johnny is faithful to his principles, his utopian ideology awakens in those around him the need to fight against the system, and when a friend really needs something from him he is able to challenge the most powerful corporation on the planet if need be. Johnny has managed to be a figure beyond the iconic Keanu Reeves breathtaking. 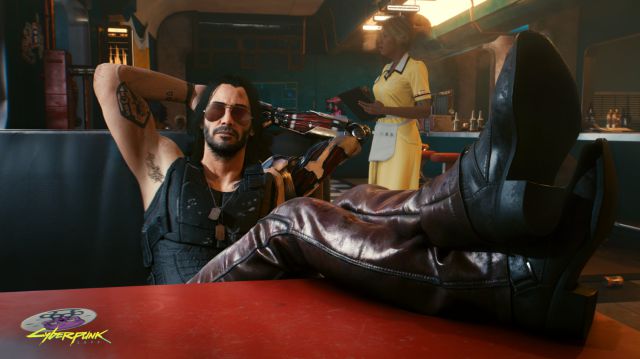