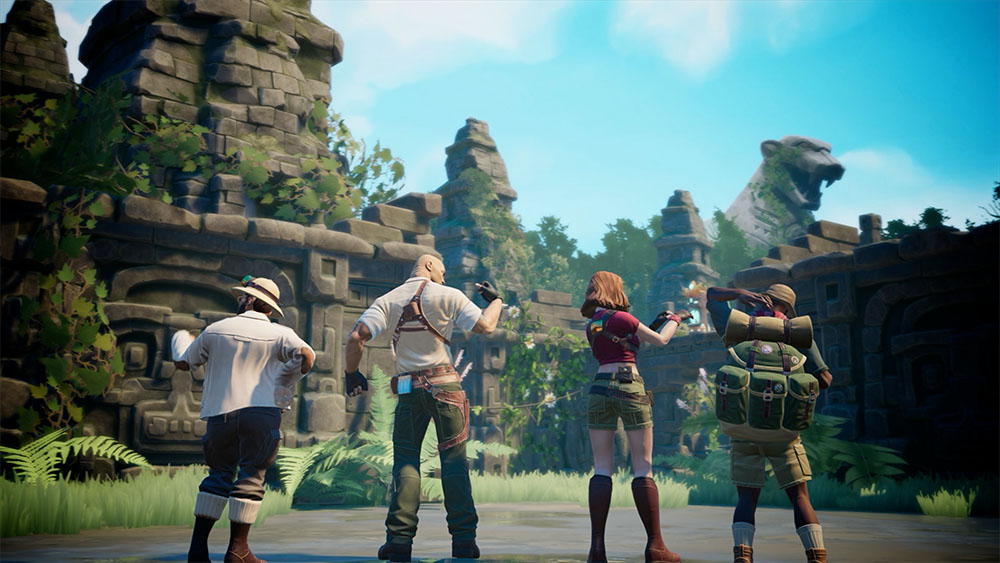 Players can follow in the wise words of their intrepid leader Nigel and plunge into this new 3D action adventure. In the roles of the greatest Jumanji heroes, including Dr. Smolder Bravestone, Ruby Roundhouse, Franklin "Mouse" Finbar and Professor Shelly Oberon fight through hordes of deadly predators and exotic, dangerous creatures.

In the event that players need help, they can team up with their friends and fight enemies online and in split-screen mode to save the world and find the precious Jumanji gems. Together or alone, they go hunting for the Jumanji tokens, evade life-threatening traps in the catacombs, or fight their way through the winding streets of the city.

The online multiplayer for PlayStation 4 will later be supplemented with a patch released in November. In addition to the digital version, there is also a physical version, which contains the original board game figures as a special highlight.