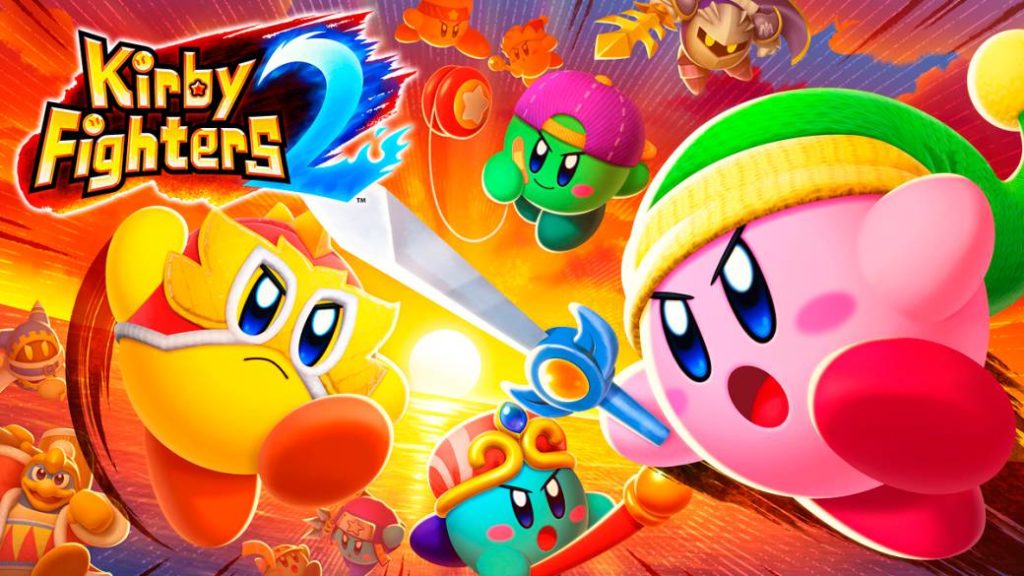 Kirby is back! Nintendo’s pink and animated sphere comes to Nintendo Switch with the continuation of a video game that appeared in the stereoscopic of the big N and that, luckily, comes with some other improvement that brings a better quality of life to the software.

The carefree fighting game has been launched at a very succulent price and despite being a minor title it is capable of entertaining us for a good amount of hours, especially if we get the taste to smack each other with players from all over the world. Here is the Reviews of Kirby Fighters 2 for Nintendo Switch.

Kirby up in the soup

Kirby Fighters 2 is neither more nor less than a fighting game for up to four players in which the absolute protagonist is Kirby, the famous pink ball from HAL Laboratory. So protagonist is that of his 20 selectable fighters 17 are the same Kirby dressed in different suits with powers. To know what Kirby Fighters 2 is like, you have to take the example of Super Smash Bros. since this is more or less the game mechanics of this new downloadable title. Two or more fighters – up to a maximum of four – cakes in a stage with platforms and dangers through a simple control. 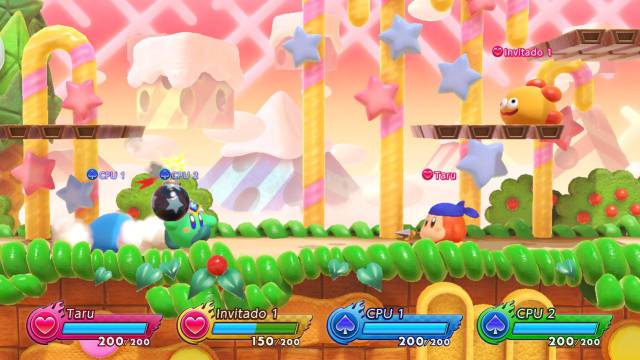 Obviously, and who is the protagonist, simplicity reigns a little bit in Fighters 2, and even the video game’s purchase page makes it clear that the program is suitable for all ages given its simple game mechanics. However, that does not prevent strategy and combos from making their place in the title, at least in certain moments of the main adventure, higher level of difficulty or online mode.

The game modes that are going to offer us fun are several; Fighting, Online, Local Multiplayer, Story Mode and Solo Mode. Online and local multiplayer are clearly focused on being enjoyed with more people, both on the same console and locally with more than one hybrid or using the internet. Online battles work wonderfully well, although we must clarify two things. The first is the more than obvious need to be subscribed to Nintendo Online because otherwise we will not be able to access this mode. The second is that on many occasions it will be quite difficult to find players in this mode so take courage before trying. Both modes allow a total of up to four players simultaneously. 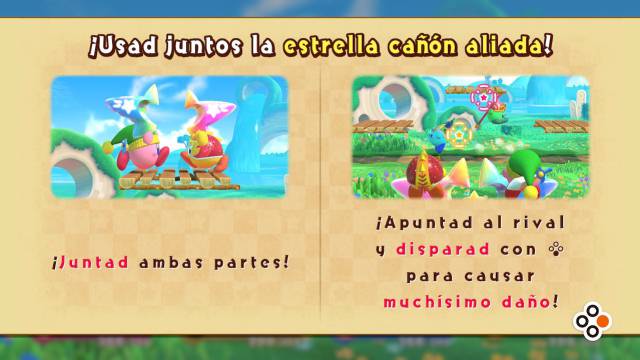 In single player options we have Solitaire Mode which is, although it has another name, the arcade mode of a lifetime. It has three different modes and the difficulty in each fight is increasing as well as the number of opponents. To give this mode a bit of excitement there is a personal ranking of times so we always end up going to this mode to have quick fun at the cost of outdoing ourselves.

The last mode – there is another but it is the usual Training – is History. Don’t expect a plot worthy of a Nolan movie as it is much more basic than any Kirby platformer. Basically we must ascend a tower full of floors until we fight a duel against King Dedede, but not before fighting against iconic bosses at the end of the classic video games. The grace in this way is that we can do it alone or with a friend, the latter always choosing companions from among the roster of fighters such as Waddle or Gooey. Another peculiarity of this mode is to equip yourself with a kind of medals that enhance the attack, life or speed, among other statistics, of your fighting team. 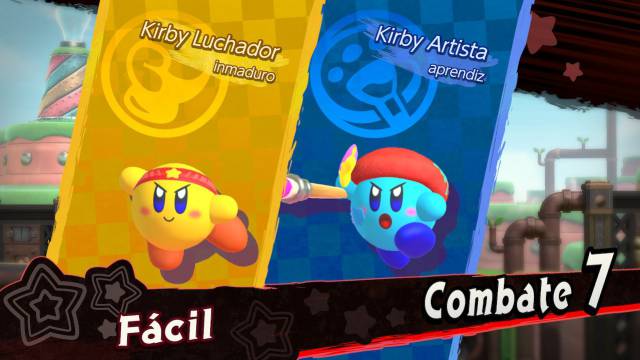 Finally, with each battle we gain experience that is used to level up and obtain bonuses, new characters, hats or scenarios in which to fight. Come on, there is a game for a while, although it is quite simple in general terms.

Made in HAL Laboratory

With Kirby Fighters 2 one can expect technically what is typical of a game from the central saga, that is, pastel colors, a good finish on the models and funny animations and situations. And that is exactly what we find. Although the video game makes it clear that it does not squeeze the circuitry of the Nintendo Switch, the truth is that what it shows does it quite well. 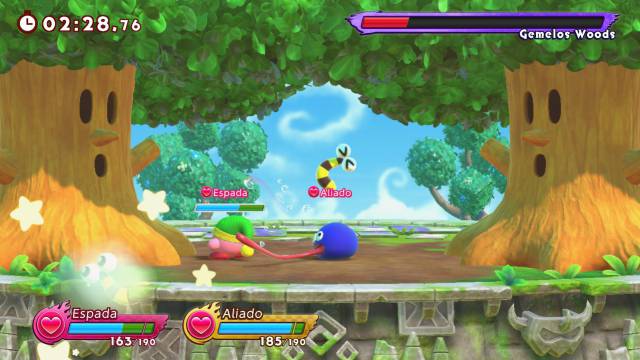 To this must be added that the game goes like a shot at an impeccable 60 frames per second, very fast loads and a soundtrack full of remixes of the original saga — along with other melodies. Little more can be asked of a game that barely reaches 20 euros in price.

The experience on the laptop, if already on the desktop is excellent, you can imagine it; magnificent. It is also a video game that lends itself a lot to being played in this mode since it is possible to complete the “arcade” mode in just five or six minutes. Without a doubt, a highly recommended purchase in every way.

While Kirby Fighters 2 is a good title at a low price there are things that could be improved; such as greater complexity overall or a larger selection of fighters – such as Kirby’s enemies – for your enjoyment. It improves the previous version for Nintendo 3DS and is quite long, so there is no need to fear in it. It has also been launched at a very competitive price so if you want fun for the whole family you will make a good purchase with it.