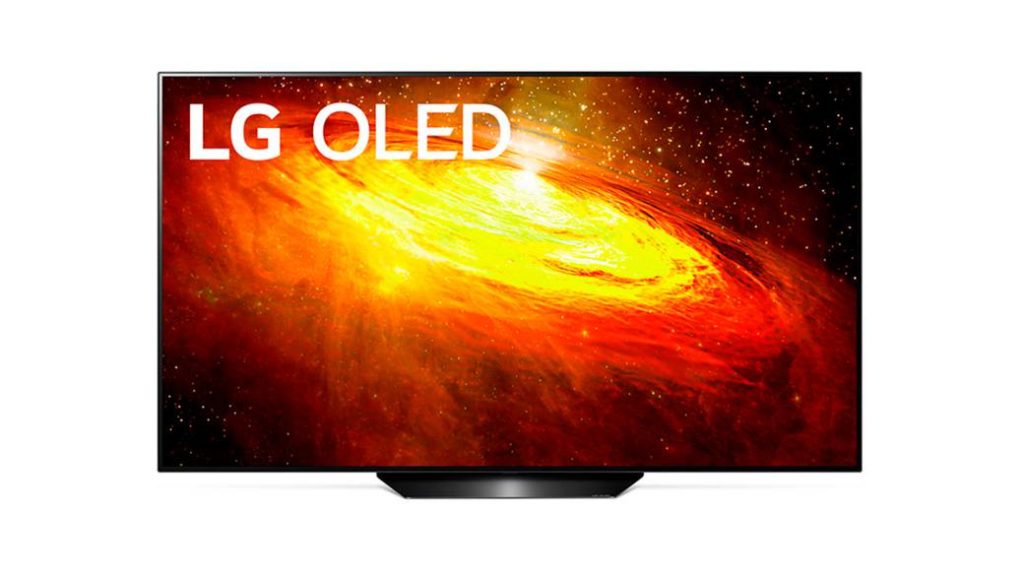 A good choice even for using the latest graphics cards

We are close to the launch of the new generation consoles, either the PlayStation 5 or the Xbox Series X / S these will come with an HDMI 2.1 port, which translates into being able to access up to 120 frames per second. This is where the LG BX OLED comes in, which we evaluate in its 55-inch version, although it can also be found in 65 ”.

This Smart TV has a support that goes right to the center of the screen that allows it to be placed on bases or furniture that support its weight of 19.9 Kg. The edges are so subtle that they barely stand out on the image. The rear is simple and allows seamless access to its two side HDMI and USB ports, as well as the two rear HDMI 2.1 4K @ 120 hz, optical digital, RF antenna, audio and composite video (with adapter included), simplink , analog audio output, LAN port and eARC. 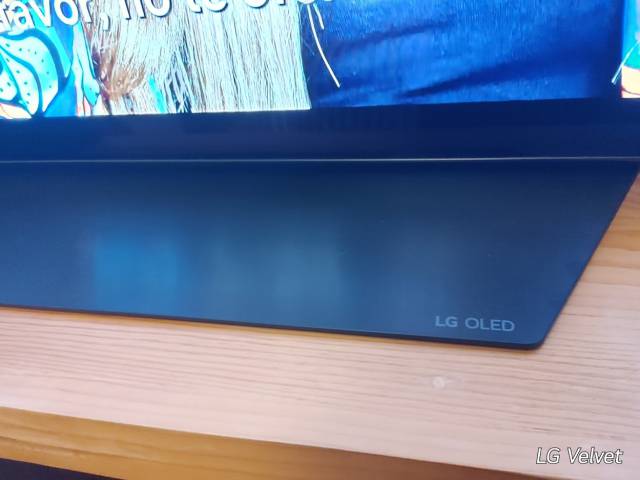 A robust point is that if used with NVIDIA graphics cards, G-Sync can be enabled and it even has a low latency automatic function that works very well with consoles like the PlayStation 4 or Xbox One X, the latter allows you to enable the mode Low latency, variable refresh rate and you can activate the 120hz function at 1440p resolution. 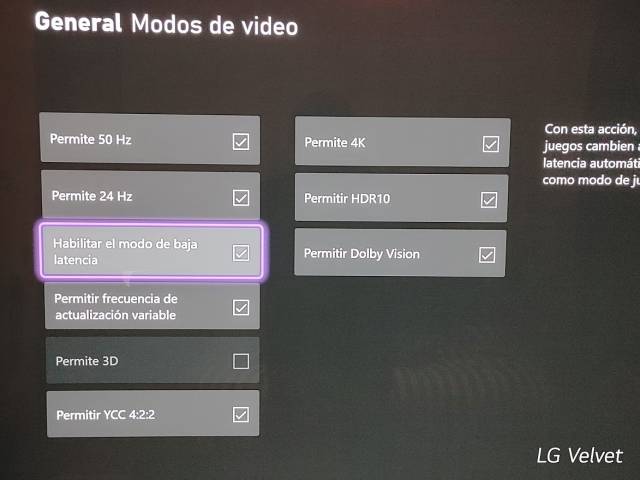 It is important to emphasize that it also has AMD Freesync Premium that allows up to 120 hz in Full HD, lowers the flicker effect and compensates for the low frame rates per second.

However, the TV has an immediate response mode for games that compensates for the lack of these functions in consoles such as Sony or the Nintendo Switch. This option is recommended for playing competitive titles such as Apex, Call of Duty or Fortnite. 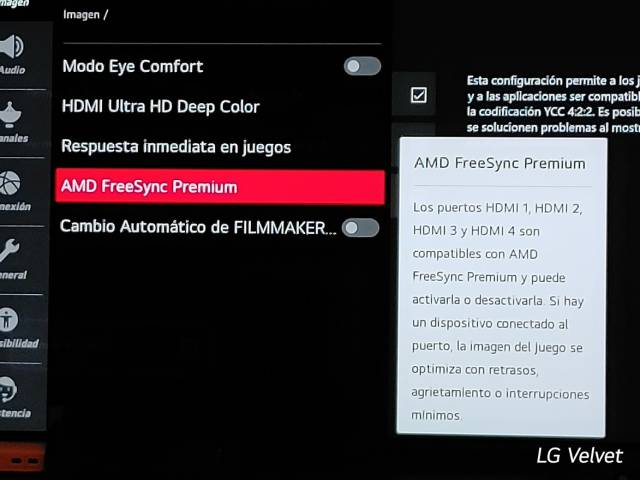 When used with the GeForce RTX 3080 graphics card, we found a flicker that changes the colors to a kind of green chroma if we try to play at more than 120 hz, although this is solved by disabling the immediate response function of the TV. Right in a digital forum organized by LG with the famous Vincent Teoh calibrator, we asked him about this detail and he told us that the brand is aware of it, so there will be an update soon.

The TV per se has 2.2 channels with a very good sound and is compatible with Dolby Atmos, as well as the AC4, AC3 (Dolby Digital), EAC3, HE-AAC, AAC, MP2, MP3, PCM, WMA and apt-X codecs. . The only format that was left out is DTS.

In the evaluation we connected it to a Sony STR-DH790 Home Theater and without problems we were able to control it through the Arc port, achieving the encoding of the contents with Dolby Atmos.

The available modes of the TV speaker are: Sound by artificial intelligence, standard with or without surround, cinema, clear voice III, football, music and game.

LG undoubtedly being the creators of OLED have found the right point to better reflect the content, be it games, movies and even sports. Its third-generation α7 image processor enhances fonts and makes them look smoother. The rescaling of sources in HD is good, although due to the resolution in some cases it can be seen to be grainy, but that will depend a lot on the source. The included picture options can vary in the same way depending on the content to: Standard, Vivid, Power saving mode, Cinema, Soccer, Game, HDR with effect, Filmmaker mode, Expert in bright or dark mode. It also relies on Dolby Vision IQ that adjusts the brightness, color or contrast according to the content and lighting conditions.

In terms of image quality, this Smart TV has a perfect contrast, as well as an excellent viewing angle. On the other hand, the panel avoids reflections in a good way, minimizing them like few panels on the market, although it should be emphasized that this is a television more suitable for rooms without so many light sources to better enjoy dark images. 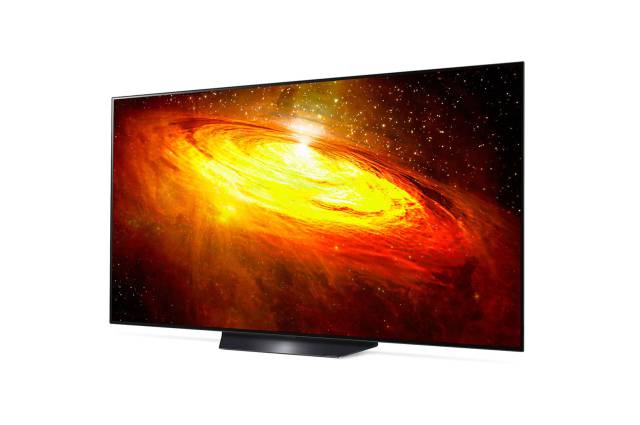 Its WebOS 5.0 interface manages applications without problem and access is extremely intuitive by its LG Magic remote control that can function as a pointer like a computer mouse. We send content from iOS and Android devices smoothly and we even synchronize our photo album. The interesting thing about the ThinQ concept is that for example you can ask it to show you photographs and this in turn synchronizes with Google Assistant to display them on the screen, as long as you have your account enabled. The best thing without a doubt is that you can coexist with the two assistants, for example with the microphone button you can have the Google button and with the Prime Video button Alexa. One of the applications that are undoubtedly appreciated is Apple TV, you only need to synchronize your account and you will be able to access all the content that you have bought or rented. 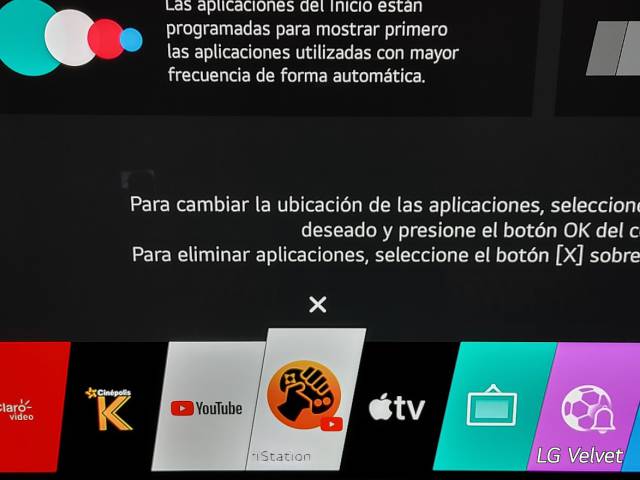 It also allows you to add direct YouTube channels to the menu, facilitating access to your liking.

LG BX OLED is one of the Smart TVs that offer the best features for the new generation of consoles. However, having G-Sync and Freesync Premium make it a great option even for PC gamers, especially since it allows reaching 4K at 120 Hz.