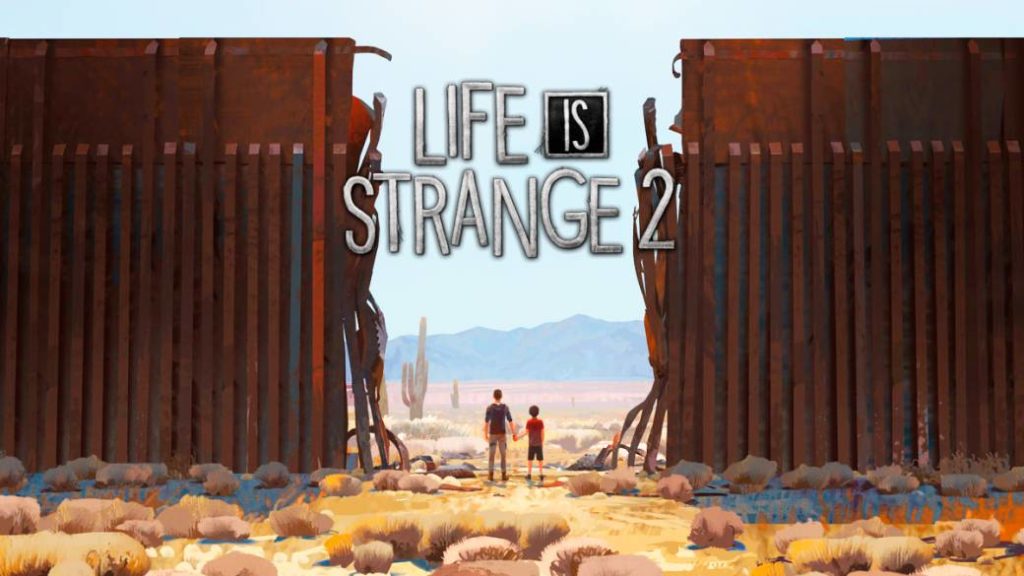 We analyze the entire season of Life is Strange 2 (Dontnod Entertainment) after the arrival of its fifth and final episode, already on PC, PS4 and Xbox One.

The story of the Diaz brothers, Sean and Daniel, began more than a year ago. Specifically, on September 27, 2018, the first of the five episodes that have formed Life is Strange 2 arrived. Now that the story is over and the long and complex journey of both brothers has come to an end, it is a good time to sit down and reflect on what this new installment of the Life is Strange saga has given itself. A season with a story and characters that have not captivated us as much as Max and Chloe did in Life is Strange 1 but it has still been a trip worth living. 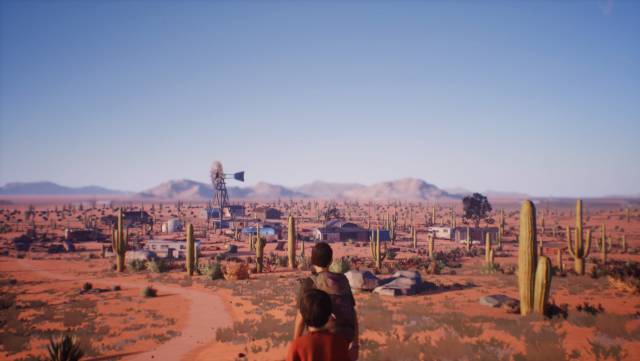 A road full of obstacles and potholes

Sean and Daniel's adventure did not start of his own accord. Due to a tragic incident that we lived in the first bars of history, both brothers were forced to flee from what had been their home until now. Towards the wild and unknown. To undertake a long and winding road that would make them grow and become adults ahead of time. It would force them to make difficult decisions in order to fulfill their most important purpose: to survive and achieve freedom.

All this is in our hands, as players. Throughout the five episodes we will embody Sean, the elder brother, and we must have the difficult mission of educating our little brother. This one, Daniel, is a very special child who has a mysterious telekinetic power. Just as in the first season of Life is Strange it was the protagonist who possessed powers (Max with his rewind of time), in this second installment it is the co-protagonist who has them, so that we can only indirectly affect in its use, correct or not.

This is one of the reasons why Life is Strange 2 goes around the concepts and mechanics we had learned from the first season. A few years have passed and things have changed in many ways, something that can be seen in the various aspects that make up the title. 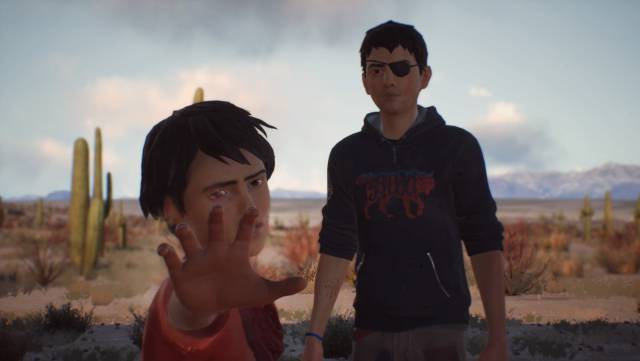 Another of the great changes that we can appreciate is that in Life is Strange 2 each chapter takes place in a different location. In an interview we conducted a few weeks ago to the narrative director of the title, Jean-Luc Cano, he told us that this idea of ​​the road-trip was something that was clear from the beginning. On the one hand, it was a greater workload for developers, since the development of each of the episodes was lengthened by not being able to reuse already designed scenarios. In order to avoid the crunch they could have reached, they decided to space the launch of the episodes as much as necessary in order to be able to do them with dedication and meticulousness.

On the other hand, in the playable, this fragmented and travel structure makes us meet different characters in each of the episodes. Few remain in the course of the total story and if they do it is through letters, conversations between the protagonists or memories. Therefore, it is more difficult to get to know and empathize with the full cast of characters, since the encounters with them are ephemeral and do not leave a mark as deep as they were left by Rachel Amber, Kate Marsh or Joyce of Life is Strange 1 and Before The Storm 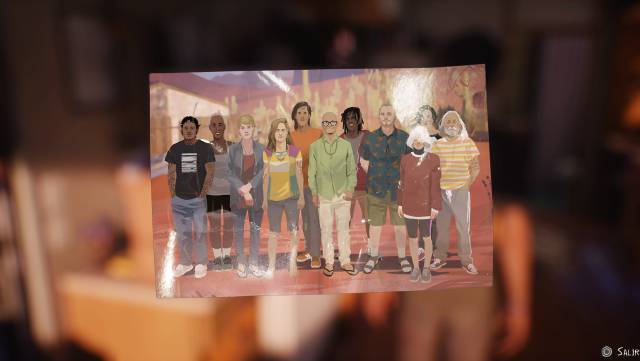 Something we should praise about Life is Strange 2 is the fact of dealing with important issues correctly. The one that is most present is that of racism. The protagonists are two young people of Mexican origin, so throughout their adventure they will encounter more than one intolerant and racist American who will try to make their lives even more difficult. The so-called Redneck (a term used in the United States and Canada to refer to the stereotype of a white man who lives in the interior of the country and has low economic income) will be another obstacle that they will have to face.

The goal of both brothers from the beginning is to reach Puerto Lobos (Mexico). In episode 5 they will be closer than ever to reach that goal but, once again, it will depend on us and our decisions that they achieve it or reach another destination. Specifically, in this final chapter we can see more than ever the issue of racism both in characters we know and in innocent questions of our young and innocent brother: "Why is there a wall in the south and not in the north?" . 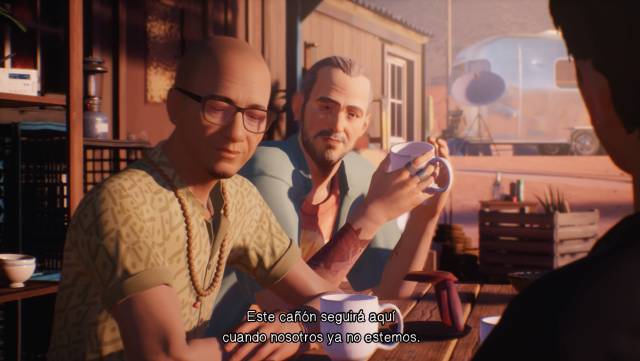 Another of the issues of relevance that is addressed in Life is Strange is the freedom of sexual orientation. In episode 5 we find a couple of middle-aged men who tell us how they decided to escape from their intolerant families and go to a new destination in which to find freedom. "Hopefully there are fewer intolerant people in the future" is a phrase that Sean pronounces and that can perfectly be applied to our current real situation.

From Dontnod Entertainment they have always opted for the representation and inclusion of various groups in their games. It is not only secondary characters, but the protagonist himself is bisexual and the decision of whether to have a relationship with a woman, with a man or with anyone rests with the players.

Other topics discussed are the difficulty of crossing the barrier between youth and adulthood, marital separations and the life of communities of people who want to live in freedom and outside society, among others. With all this a fabric of themes is composed that go beyond the videogame itself and cross its barriers to speak directly to the players and make us reflect on the current state of society. Everything that is right and what is wrong, in addition to how it could change if we all do our part. 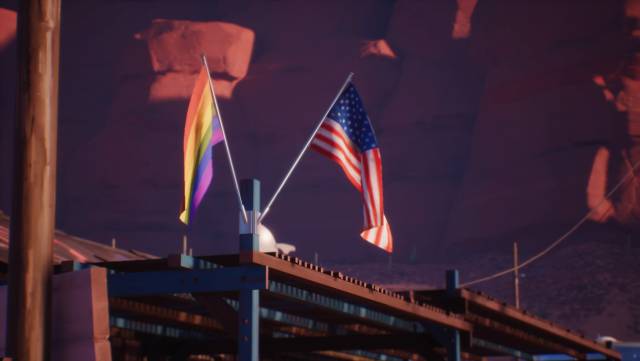 A somewhat ingenious gameplay that continues in the background

Life is Strange 2 gives more game apart from strolling through the scenarios, selecting one or another option for dialogue and making decisions. It is a narrative title, so the gameplay is still in the background and the screen time is much more inclined towards the side of the conversational and action scenes.

Even so, Dontnod continues to surprise with small and ingenious puzzles in which we can use Daniel's power to act. They are not complex, but interesting to provide agility to the plot. An example of this, in episode 5, is the moment in which Daniel offers us a treasure hunt for which we must follow a series of cryptic clues until we find the final prize.

Beyond these moments, present in each chapter, we have a series of collectible items that we can find if we explore the scenarios in detail. For this, the first three episodes have a more important weight in this regard, while the last two focus much more on the narrative part, something that makes them feel shorter in terms of duration. In fact, from the moment of starting with episode 5 until finishing it, only about 2 hours will pass. Therefore, the total duration of the Life 2 Strange 2 season 2 could be estimated at approximately 12 hours. 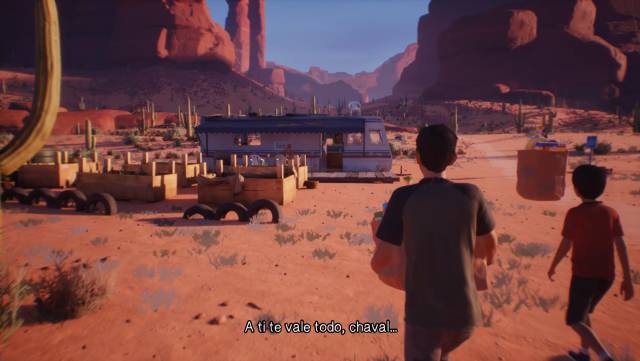 If we focus on the plot decisions that we can make, which will lead us to one or the other end, we see how throughout the 5 episodes we have not doubted at any time about what to do. As in Life is Strange 1, it was difficult to take according to which paths and decisions, in this second season we have been clear on how to proceed. This can be a personal perspective since, as we have mentioned above, we empathize more with the story of Max and Chloe than with Sean and Daniel.

Even so, Life is Strange 2 is consistent with each of our steps and the range of outcomes it offers is greater than expected. There are not only 2 endings, but depending on how we have educated Daniel (an essential pillar in the game) we can choose to see one or the other scenes before the credits begin to roll. Therefore, this final decision is only up to a certain point in our hands and not everything depends on Sean. 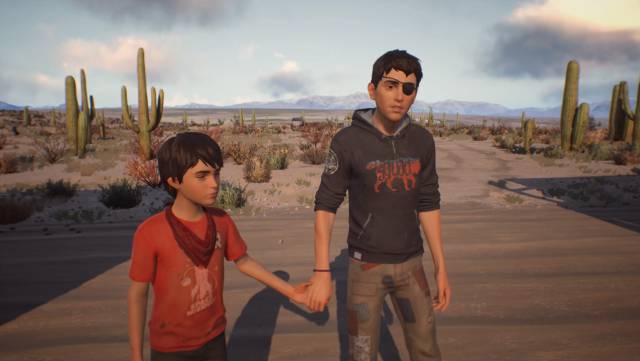 We will not go into greater detail so as not to gut any relevant detail, but we will say that the end we obtained is happier than expected and therefore the dramatic burden is diluted and everything that emerged from us was a smile. Given the hardness of the road, it is something that is appreciated. Despite this, after seeing the names of the team that developed the title pass and the message “Thank you for playing”, we could not help feeling that there are issues that remain open and they are not treated suitable.

The most important of them is why does Daniel have powers? At no time in the game are the characters anxious to try to discover why those powers have appeared. They are treated with a strange normality that makes us think that they are an added secondary resource to give epicity to the story, live more action scenes and contribute some paranormal element to an adventure that in case of not having them would be very mundane.

For all this, Life is Strange 2 has lights and shadows, something that makes it a recommended title for anyone who wants to live the exciting story of two brothers who just want to turn the page after a tragic event. A trip full of great moments and aspects that can be improved, but that will undoubtedly become part of our memories as players.

The fifth episode of Life is Strange 2 allows us to reach the end of the story of the brothers Diaz, Sean and Daniel. An ending that will change based on our choices during all the chapters and that presents a range of possibilities that goes beyond just 2 outcomes. Even so, these endings do not carry a dramatic load as powerful as the goodbye of Life is Strange 1. As for the highlights of this second season, we find the treatment of important issues in our current society such as racism and Freedom of sexual orientation and thought. By meeting a wide cast of characters and visiting multiple scenarios that will change in each of the 5 episodes we will not empathize so much with them, but they will allow us to enter into different communities and ways of living that will make us reflect. As for the playable, it is still in the background, so the narrative is the section that has more weight. A well written narrative that makes up an interesting story and worth playing … and lived. 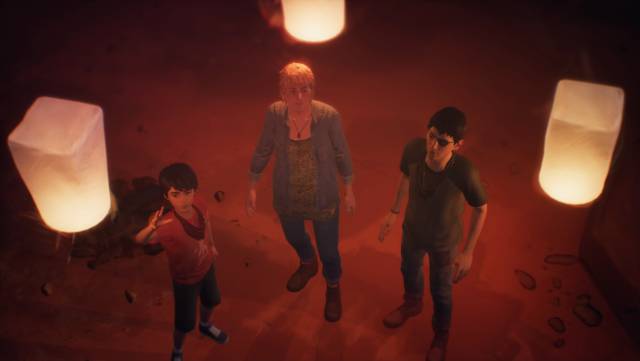