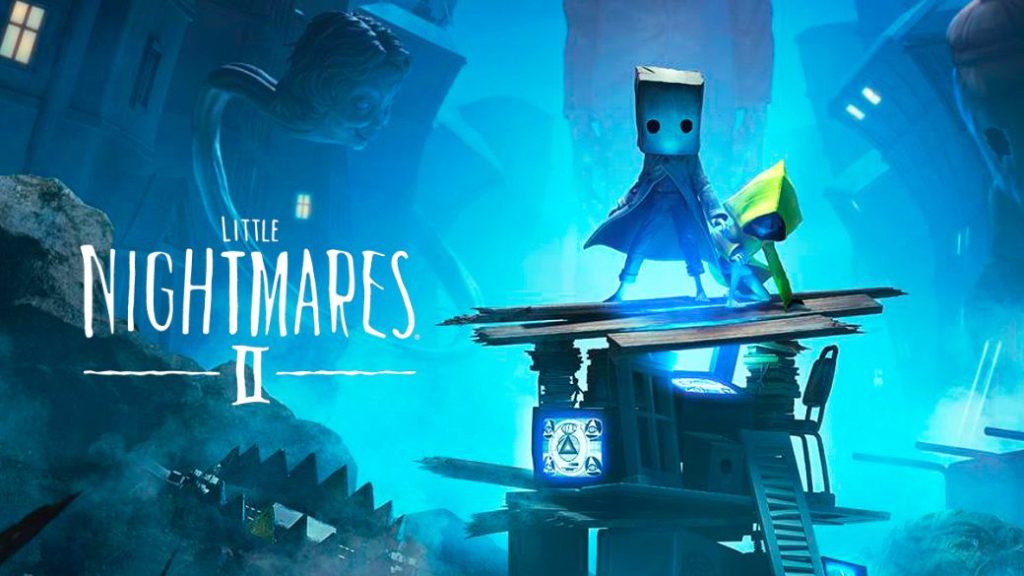 We analyze Little Nightmares 2, a long-awaited sequel that will allow us to enter a new suspenseful adventure full of mystery and a lot of tension.

Since its official presentation at Gamescom 2019, Little Nightmares 2 managed to create great expectations for what would be a story full of haunting secrets. Introducing different novelties in gameplay and mechanics, although staying a bit clumsy, and with a double duration of its previous installment, we will once again enjoy an imaginative and surreal world, where fantasy comes true and we will have to escape from this nightmare. This time we will handle Mono, a young man trapped in a world distorted by an evil transmission and who will be helped by a girl in a yellow raincoat. Developed by Tasier Studios and published by Bandai Namco, Little Nightmares 2 will be available on February 11 for PC, PlayStation 4, PlayStation 5, Xbox One, Xbox Series X | S, and Nintendo Switch.

Introducing ourselves back into this world of terror and charm is much better in company. This time we will not handle our previous protagonist, Six, but we will be in the hands of Mono, a young man who feels trapped and wants to discover the disturbing secrets of a signal tower, to which he feels attracted. Composed of little nightmares, we will have to travel from one place to another to find out what is happening. Little Nightmares 2 is told without narration and without dialogue, but with gestures, signals and a lot of adrenaline. Mono and Six seem like two complete strangers, but no, they know each other more than they think, and both will be able to perfectly combine each action to advance without any fear.

In moments of stealth she will be by our side, but if we want to trust that she will stay with us, we can take her by the hand. Being a very important novelty in gameplay, Six will become our guide, there will be occasions that will take us on the right path to climb, run and / or hide, having help that sometimes is more than necessary. But that’s not all, we can call her and intuit if our option is correct or not, she will help us to jump to open doors, climb boxes or pick up objects, in short, we enjoy sharing this adventure with her. 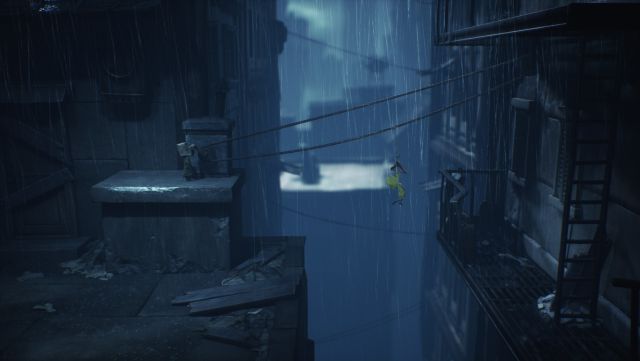 A chilling adventure full of puzzles

If the Little Nightmares series stands out for something, it is for knowing how to create a real nightmare and make you immerse yourself in a world full of unnatural things that undoubtedly attract attention. This time they have done and achieved it again, the world of Little Nightmares 2 is a clear nightmare and a place where we will not be safe. Like its predecessor, this sequel will have five levels and each one of them very well themed, playing with each object related to the place and getting us to admire every corner we pass through. For example, we will be immersed in a school in which we will have a very peculiar teacher and some deranged students, but the place stands out for everything that surrounds us. Creating dark and sinister places, we cannot leave behind another place like a hospital, all full of scattered bodies, beheadings and some more surprises that will be waiting for us.

Like the first installment, in this title we will continue to play laterally, but in three dimensions, with the use of the camera being absolutely essential for running, jumping or solving a puzzle. The handling of the character remains the same as the previous one with the jump and grab function, although sometimes they feel imprecise and their playability becomes heavy when having a character that sometimes does what he wants. However, our mission will be to find a way out and escape as soon as possible without being seen, for this we will be encouraged to interact with our surroundings, turning each area into a puzzle. We will have to explore each place and find the object that will help us, whether it is getting a key, dragging a stool or moving a crank. There will also be more elaborate puzzles having to pay more attention to achieve the solution. It becomes such a varied and detailed video game that it manages not to feel repetitive or boring, on the contrary, each puzzle is different and easy to figure out, so it does not present a great difficulty. 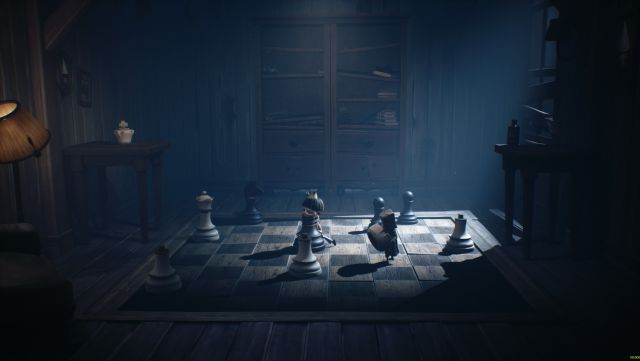 We have entered this nightmare with the consequence that we are not alone, we will have different enemies of the most peculiar and with a characterization that is quite surprising. A hunter who chases us with his shotgun, a teacher with a kilometer-long neck or a “doctor” who climbs like spiders will be waiting to give us a not so good welcome and trap us in his arms. The peculiar thing about Little Nightmares 2, like its predecessor, is that we do not face them directly, but rather that we will play with stealth to go unnoticed and thus get away from them as soon as possible. But in this installment they have wanted to add something new regarding the fighting, since we can face very uncomfortable little enemies who also want to catch us. 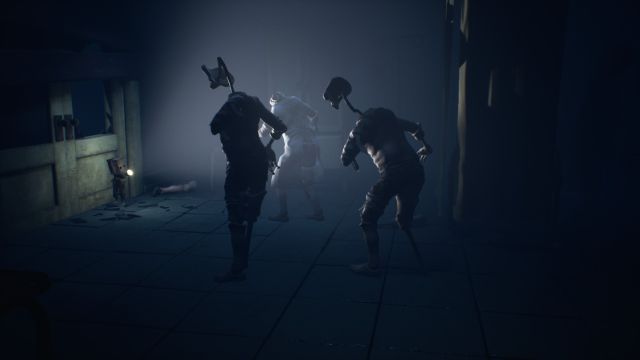 There will be combats that we will need an object, be it an ax or a pipe, to end them, but we will also have an encounter with enemies that will play with light and shadows. We will have a flashlight that we can use and it will be very useful, not only to focus the path, but also so that the enemies stop chasing us. The game shows very little margin of error in the confrontations, which if the first blow is bad we will already be eliminated and we will have to try again. However, the combat is not what stands out the most in this video game, but the races towards our escape. Just as stealth is very important and to go unnoticed even more, there will be occasions when we will have to escape from enemies by jumping obstacles, taking into account the path and being skilled and fast at the same time. What are we calm? Don’t worry, we will soon be able to experience a moment of intensity and adrenaline running without looking back.

Unlike other occasions, when we pick up an object that we will have to use later, it will not always be necessary to drag it around, but instead we will have a kind of “imaginary inventory” where the object will be stored and only with the proximity it will be used. In this installment we will also have collectibles: the hats and the dysfunctional vestiges. The hats that we will find we can use and change the aesthetics of our character, and the dysfunctional vestiges are a kind of memories / traumas that will be located in certain locations and with the proximity they will be activated. By creating great expectations, it was expected that this new installment would last much longer than the previous one, but in practically about 6 hours, you can finish it, unless you are looking for collectibles that may take a little longer. 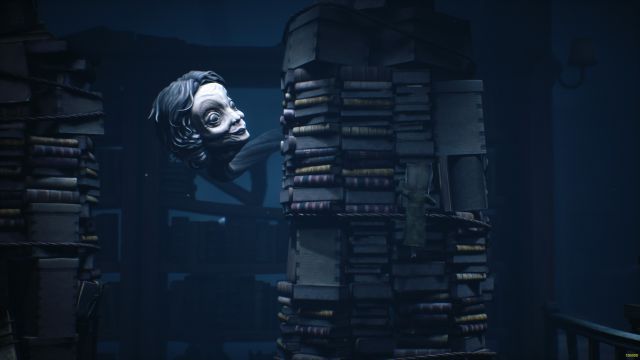 A haunting environment with guaranteed scares

The atmosphere of Little Nightmares 2 maintains the essence of a chilling and disturbing nightmare, where the tension is remarkable thanks to all the animations that each enemy presents. Its design will continue to mix the surreal with the ridiculous and creative, managing to sterilize some very unpleasant and deformed characters, as well as a protagonist full of desire to escape from there. The animations between both characters will also be essential and very well created. In addition, it also uses each object around us to make it the protagonist and participant of the scene, creating very detailed and gloomy spaces. The places are dark, full of tension and at times it will play with the light and the shadows, causing an uncertainty of what will happen next. This environment would not be like this only because of its appearance, but also because of the music and sounds. Music will play a very important role, accelerating in moments in which we are pursued by an enemy, being necessary to solve a puzzle and, above all, to fully enter this terrible nightmare. It will have a partial control on us, causing a lot of tension and some guaranteed scare. 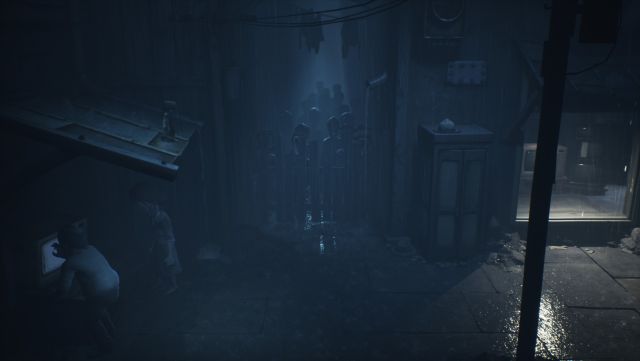 Little Nightmares 2 continues the adventure of this nightmare in a unique way, managing to exceed your expectations by introducing different novelties. The detail of including a second character adds novelty and a very differentiating feature with respect to the first installment, in addition to including different aspects of gameplay. Facing some enemies, having usable objects or even having different skins to change the appearance of our character, makes it not feel the same as its first part. However, its duration is not very long, an aspect that disappointed me thinking that I could continue in this adventure a little longer. The controls are still a bit clumsy, causing a feeling of helplessness when the character continues to do what he wants, in addition to not having much margin for error in combat or escape. Even so, this sequel turns into a nightmare like you’ve never experienced it before, keeping its essence and its world full of unique creatures, where it will provide us with an unforgettable, unique experience with moments full of tension.