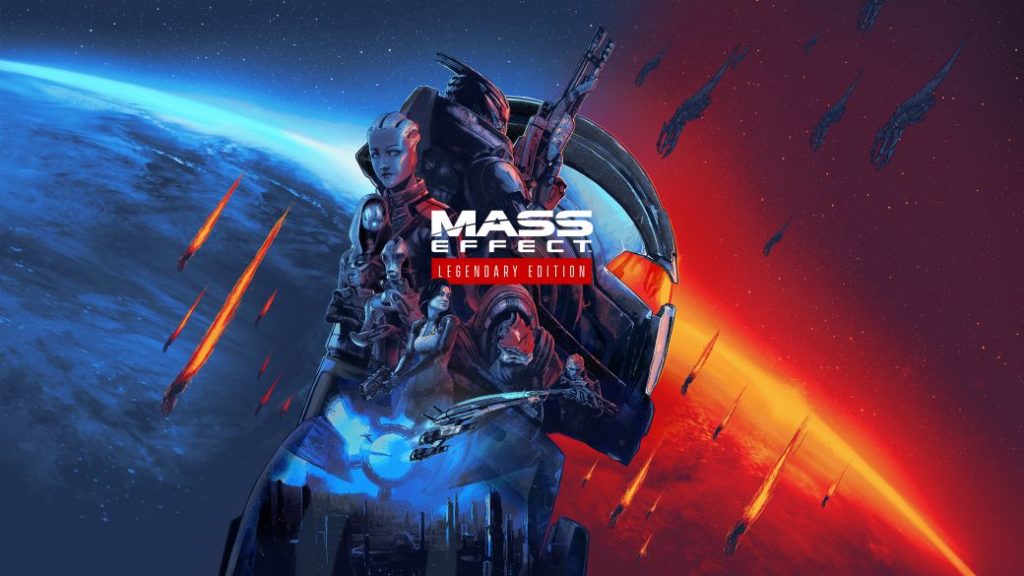 We know the first details of the improvements that will accompany the BioWare trilogy in Mass Effect Legendary Edition. More than 40 DLC, 4K and HDR.

Mass Effect is part of the collective memory of those who lived the journey of an icon of the Xbox 360 and PlayStation 3 generation. Tali, Liara, Garrus and Wrex are just a few names on a team that shoots straight into the hearts of fans. Almost nine years after its conclusion, the trilogy returns to the front page through a package that serves as a tribute to his figure. We have already seen what it looks like and what improvements we can expect in the Legendary Edition.

Mass Effect Legendary Edition: what additional content does it include?

Launching on May 14, 2021, Commander Shepard will return with one goal: to offer an updated and comprehensive starting point of the experience lived in all three games, especially with the return of N7 at some point. of the present generation.

The digital presentation we attended was led by three key pieces of the project, such as Mac Walters (director), Crystal McCord (producer) and Kevin Meek (set and character director). The singing voice was taken by Walters, who said he felt “excited” to have worked to bring back the saga that he himself saw born. 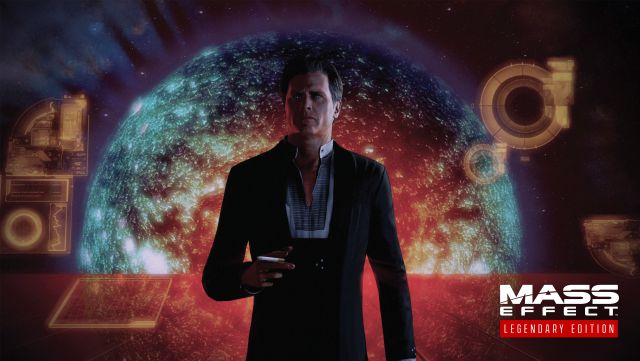 The director says that the decision to remaster the trilogy was something that the team weighed for years, but it was not until 2019 when they got the green light, which he says was “the key year” for this Legendary Edition. A small team at BioWare started building on two ideas: bring it right to PS4 and Xbox One, and improve everything that has to do with the visual.

“It was a personal adventure,” explained Walters to the professionals present. That graphic thrust that I alluded to reaches the modeling, lighting, special effects, shaders, shadows … everything, absolutely all the techniques behind the scenes. Textures are repeatedly spoken about, unzipped and improved compared to what was seen in the originals. The result is especially appreciated in the characters. The tattoos on Jack’s body are more legible than before, or the snake effect on Thane’s skin, now more detailed. 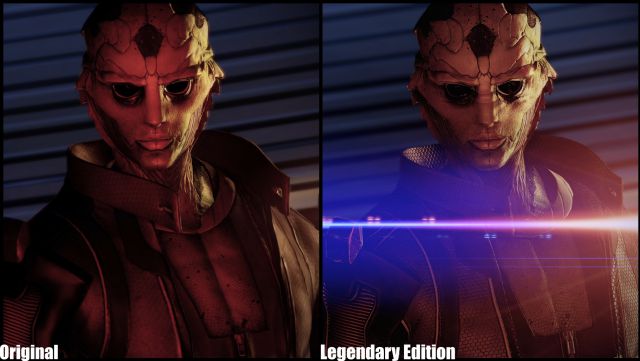 The team points out that the remastering will offer 4K resolution and HDR. On the other hand, PS4 Pro, Xbox One X and the new generation will be able to run it at 60 images per second, so we extract that in the basic models it will be blocked at 30 fps. PC users will have support for high refresh rates and ultra-wide monitors (21: 9), in addition to the desired function for controllers. No changes have been made to the graphics engine: all three are still running under Unreal Engine 3.

We can expect a revamped character editor from the first installment. The study underscores that the default Shepard seen in Mass Effect 3 will become the main face for the entire trilogy. Contrary to the alternative versions of the first two games, now the male Shepard will coexist with the same Shepard defined from the beginning. Customization options have also been extended with an expanded range of hairstyles and skin tones. 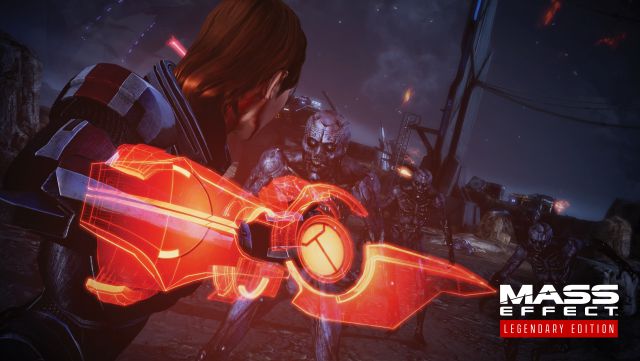 The level of graphic changes is difficult to assess with the quality of the streaming of the presentation, something normal if we take into account the limitations of today. The changes, only in the visual plane, allow us to improve the memory we had of the first ones, but it remains to be seen how it looks natively. Walters and the other companions repeatedly insist that we wait to see him live to assess the work.

Mass Effect 1, beyond the aesthetic

One of the most important moments of the afternoon fell on the figure of Mass Effect. 2007 is too far away, and Walters himself assures that they did not balance the combat design very well, halfway between the ARPG and the pure third-person shooter. The trend was clearer after the sequel; The game needs changes that improve the experience at the controls in the middle of 2021.

“We did not want to do a remake,” say those responsible. For them, it was vital to find a balance in which to make modifications “while staying true” to the original. Mass Effect will continue to be the Mass Effect that we already played in those years, only adapted to smooth over certain rough edges. 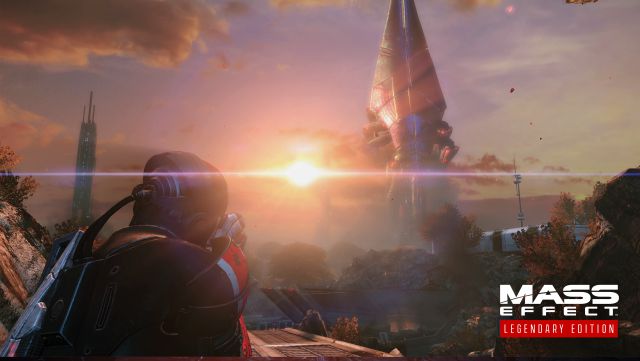 Before entering playable matter, we are shown several examples of the changes made at certain moments of the levels. Eden Prime, for example, has gained in depth; from that tube of nature that gave access to the main part of the map, gives way to a scene much richer in details. In comparison, it is closer to the graphic muscle seen with the Unreal Engine 3 improvements at the conclusion of the trilogy.

The distribution of the main missions will be the same, only with a range of nuances that expand the richness of the environments. The objective? Design the scenarios “as we would today”. During the few fragments in real time, we get the feeling that the camera has moved away from the character a bit, which broadens the perspective with respect to the back of the character. The interface has been modernized, despite having a similar layout. 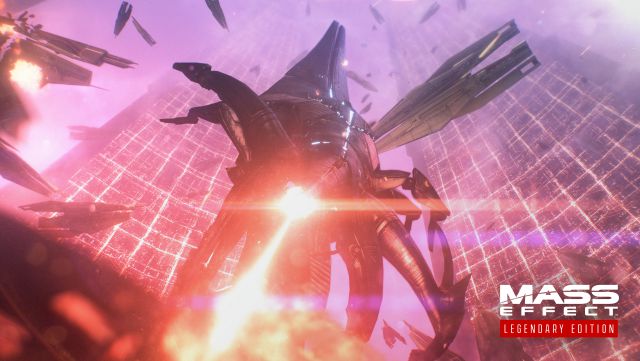 “What happens with the elevators?”, You ask. Of course, loading times have been drastically reduced during these transitions through the Citadel. Those conversations between the group will not be lost, as BioWare will maintain the space. You will now have an option to skip the trip in case you don’t want to waste time. The improvement is noticeable; In the comparison shown, the time is reduced to just 14 seconds of load, compared to almost a minute in 2007. Skip it or experience the true essence of Mass Effect.

We would have liked to know more about the playable improvements introduced. The footage shown to us focused on small clips from sandboxing. The gunplay will be improved in terms of the correct functioning of the shooting aids, at least in part. As you aim your sights across enemies, the center of the screen will rub against your weapon, helping your shots hit the target. It will also automatically aim at the opponent’s body as soon as we press the aim button near it. The idea behind the weapon enhancements lies in tasks “balancing” and “making each weapon and manufacturer have a unique feel.” 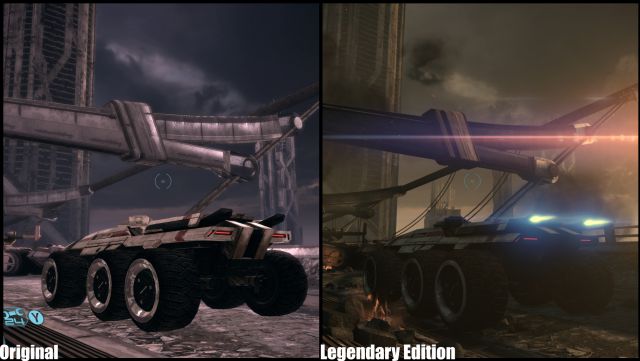 The changes reach the Mako, to which speed boosts, alternate control scheme, camera shake on difficult surfaces and an update on physics have been added. We do not know if it will be similar to the Hammerhead of Mass Effect 2. So far the changes that were shown to us. From there we are promised “much more” in a list full of points to discuss. We highlight improvements in the artificial intelligence of the enemies and companions, greater consistency of the autosaves, the elimination of the restrictions of weapons and the penalties of aiming according to the chosen class, improvements in the encounters against the bosses, adjustments of the experience to achieve the level 60 without the need for New Game + and reduction of the difficulty / frequency of the minigames, among others.

What does Mass Effect Legendary Edition include?

Mass Effect Legendary Edition brings together all three games from the original trilogy remastered for today’s technology. In addition, it has more than 40 additional content, including those related to the story, the promotional ones and limited editions (weapons and armor).

Are they three separate games? How are they installed?

The three titles will be unified in the same launcher. Once you install Mass Effect Legendary Edition, when you start it you will access a menu in which to choose which one to play. Although it did not transpire, on the screen we saw a button to uninstall content; it seems that we can choose what content to install on the hard drive.

At what framerate and resolution does it work on the console?

We know that the bundle will run at 60fps on PS4 Pro, Xbox One X, PS5, and Xbox Series X | S. Therefore, we extract that in the basic models of the last generation it will do so at 30 fps. During the presentation we are told that it is “remastered to 4K”, although we do not know specific data of each version. It has HDR function.

Does it include Mass Effect 3 multiplayer?

No. Mass Effect Legendary Edition is focused on the single player experience. Walters explains that there are still players enjoying the multiplayer of Mass Effect 3, so they would not know “how to honor them” if they move the update to that type of content. He also acknowledges that it would take too much work and that it would detract from the main focus of the remastering.

Has new material been added? Any deleted scenes?

BioWare did not incorporate any unreleased or scrapped items during the original developments. Mass Effect Legendary Edition focuses on content that we all know.

Is Mass Effect a remake? What about the elevators of the Citadel?

No, it is not. It has improvements that polish playable rough edges, but beyond the graphic update the game remains exactly the same.

The tours of the Citadel elevators from Mass Effect are intact. They only added an option to skip the entire scene once the loading time has expired.

Does it make use of next-gen enhancements like PS5’s 3D Tempest audio?

The PS5 and Xbox Series X | S versions work via backward compatibility. In the case of 3D Tempest audio technology, it will not use. We do not know if it will take advantage of the DualSense.