You are here: Home / Capcom / Memories of Dino Crisis and the wishes of a remake 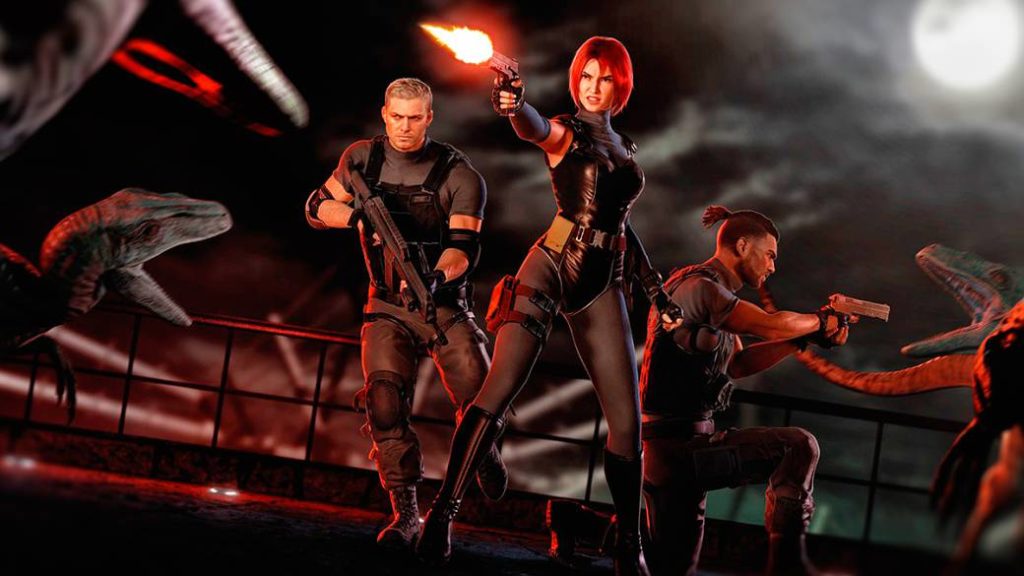 Capcom fans are in luck, as one of the strategies communicated by the Japanese company is to resume the launch of inactive franchises. According to its annual report, Capcom wants to look at its jewelry chest, something logical if we see the success obtained with Resident Evil 2 Remake. Given this news, players have not wasted time giving them ideas and, since then, there are many rumors by fans about what titles could see the light. With the 20th anniversary of Dino Crisis (1999) all the alarms were raised about a possible remake. Although for now, nothing concrete. Could they be back? We do not know, but we do know what we would like.

Gather dinosaurs in a survival horror, what can go wrong?

After the success of Resident Evil in 1996, Capcom was eager to diversify with a new survival horror that at the same time could attract Resident Evil fans; That's how Dino Crisis came about. The game came out for PlayStation, Dreamcast, PC and had obvious similarities to what was experienced in the Spencer Mansion. But with a new kind of bestial and prehistoric enemy.

The Japanese company knew very well what he was doing, taking into account the great success of the genre and knowing that dinosaurs have never really lost their appeal: their popularity was growing over the years with the emergence of the "dynamism boom" from Jurassic Park as early as 1993, and later many more games added to this genre; Bermuda Syndrome (1995), Lost Eden (1995) and Turok (1997), among many, who surely marked some kind of influence on the title. And it is that the dinomania is a trend that will always be with us: you only need to see the enthusiastic reception by the public with Jurassic World or other video games of the genre, such as Primal Carnage or ARK: Survived Evolved. Yes, we can't help it, we like dinosaurs.

Dino Crisis: the beginning of a saga

Dino Crisis narrates the mission of Regina, a special forces agent (SORT) signed to investigate the development of military armament in Ibis Island and subsequently find Dr. Edward Kirk, a well-known scientist who was killed 2 years ago in An unfortunate accident. As the game progresses we realize that Kirk is involved in a murky research project that could end human life and even the entire planet thanks to a new energy source called "the third energy." The use of this technology manipulated space-time, and with it, transferred some other prehistoric dinosaurs in the present, which eventually devastated the island and killed everything that was put before them.

The game, despite adopting many of the mechanics of Resident Evil (1996), how the inventory (somewhat more confusing), the health system and the puzzles among others, departed from Capcom's most famous horror franchise by introducing angles of dynamic camera and using its own engine in real time with 3D rendering. Today he does not keep the guy as Resident Evil as well, but it is not difficult to keep a good memory of him because of his proposal, even if some puzzles were abused and sometimes he was not as agile in development as the saga that was inspired .

Seeing the success of the first title, the franchise was launched with its second installment just a year later, Dino Crisis 2 (2000) under a much more complex plot compared to that of its predecessor. The game came out in this case for PlayStation and PC. In this installment, a city has disappeared during the development of the third energy project, and the survivors now have to endure some rather hungry and ruthless resident dinosaurs. So Regina and her squad are sent through a time portal to rescue all survivors there and for having. Dino Crisis 2 was a more action-oriented title, with a considerable expansion in the variety of dinosaurs, and considered by some to be even better than their firstborn, although unfortunately, everything fell apart with Dino Crisis 3 (2003).

There has not been a new addition to the series since Dino Crisis 3, an Xbox game that was poorly received for its treatment of the camera in the game and for some cumbersome jet-pack controls, which ultimately made the title a proposal expendable that relegated the series to a state of latency from which it has not yet recovered. In Dino Crisis 3, we are in the year 2548, when a ship known as Ozymandias loses its orbit and all contact with the earth, so an Elite team is sent to investigate its possible whereabouts. And not to say, since what they find on the ship is a surprise, a fleet of mutated space dinosaurs … Yes, space dinosaurs … We still do not understand how the company did not think that mixing dinosaurs in a spaceship was not a good idea. The underdeveloped story and an improved gameplay led the game to failure.

In recent months we have closely followed a new version of Dino Crisis with Unreal Engine 4. Team Arklay’s is a team created by fans that is developing this unofficial remake. In this first preview of Arklay's show us gameplay from a third-person perspective, some of the first environments, the arrival of Regina to Ibis and ending with one of the most iconic moments of the title, the scene where Regina faces a T- Rex At first glance, wanting to know more about this project is not lacking, and it is a good starting point to dream of a remake. Another thing will be to see if Capcom will allow the team to finish this project, and on the other hand, for fans, see if we will have any playable demo that is tangible.

Will it be possible in the future to have a new Dino Crisis face lift by Capcom, completely modifying its graphic section, including improvements in playability and respecting its personality? Resident Evil 2 proves yes. And those dinosaurs of the late 90s with today's machines would be a real reef. Or so we wish at least.