You are here: Home / Capcom / Most Anticipated Games of 2021 and Beyond: Resident Evil 8 Village 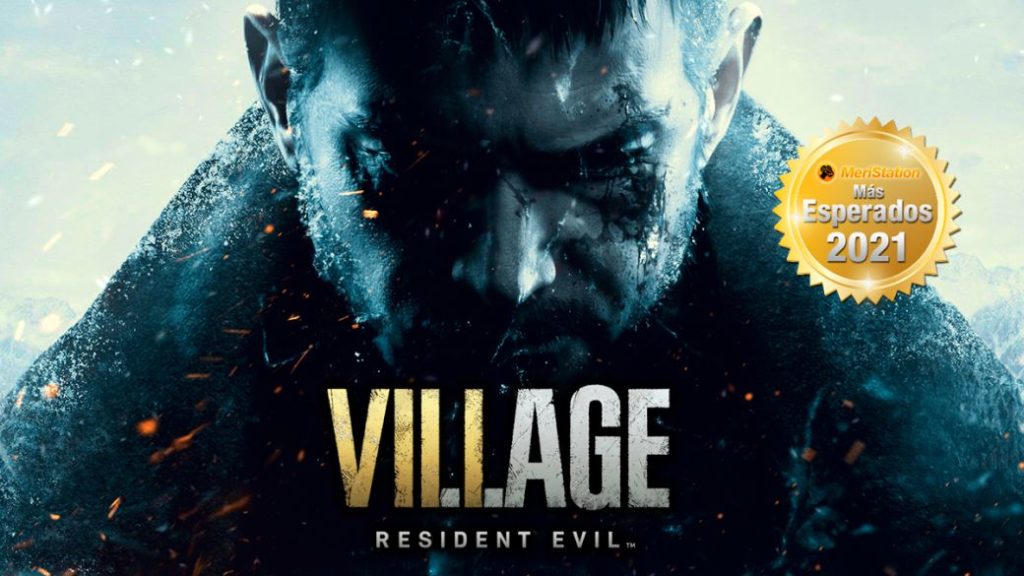 This 2021 will be the protagonist of many launches. In this article we review what we already know about Resident Evil 8 Village and what we want to find.

Considered one of the most anticipated releases for this 2021, Resident Evil 8 Village is being an expectation of what it can become in this terrifying saga that precisely this year turns 25. The video game was announced on June 11, 2020 at a PlayStation 5 reveal event, and as a result of that moment and throughout the months, various images, videos and the occasional small gameplay of what It will be the eighth installment of Resident Evil. Capcom will launch it for PC and for the next generation consoles: PlayStation 5 and Xbox Series X | S, with the aim of creating an innovative survival horror experience like never before, and in addition to becoming a sequel to Resident Evil 7 and conclude its entire story.

After the success they have had with the remakes of the second and third chapter, they do not want this new installment to remain at the gates of a great game, and after a development of more than three years, they want to achieve a video game that attracts all the attention of the fans. At the moment there is no specific release date or whether there will be a demo or not, but if they have wanted to show us more content about its development. If this is your saga and your game of 2021, stay and discover what we already know and what we want to find in Resident Evil 8 Village.

This new and eighth installment of Resident Evil follows the plot lines of Resident Evil 7, takes place just a few years after the events that occurred in the fearsome Baker house where Ethan Winters was the protagonist. We return to take the role of Ethan in the first person and totally confused when the well-known Chris Redfield appears, unleashing a series of events to which an anguished Ethan seeks answers to Chris’s shocking actions, which we will finally find him in a mysterious village that it was once peaceful. We move to Europe, specifically to a town with new enemies and old nightmares, with which we will have to deal in this hostile environment presided over by a huge castle where part of the game will take place, since it will also take place outdoors and included in caves and forests. 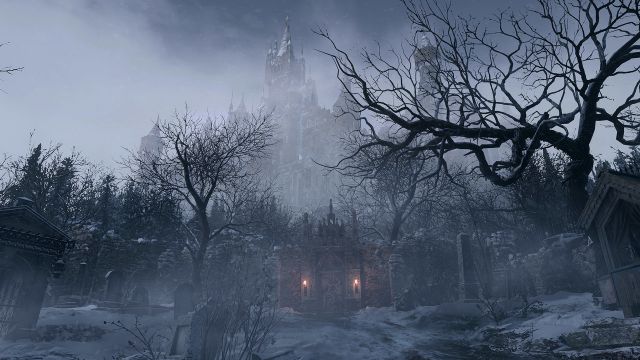 It is not entirely clear why or how it happened, but Chris Redfield, a playable character since the first Resident Evil and who has since become a recurring character, on this occasion has decided to take on an antagonistic and uprooted role in his life. happy. We have seen him more robust and melancholic than in the past, as well as threatening and leading a life much different from the one we are used to. On the other hand, the occult will play an important role in Resident Evil 8, but there won’t be any kind of magic. Instead, there is a cult that worships the monsters created by the Moho, an infectious fungal super-organism that will curiously cause players to hallucinate if it alters the air.

In this very Gothic environment, we have been able to observe on different occasions a mysterious symbol that makes several appearances in the trailers: a mixture of fetus and face with branches and feathers. A symbol that has sparked different speculation among fans about its meaning, and that Capcom wanted us to pay attention. It is probably an important part of the game and has a connection to the Umbrella Corporation. 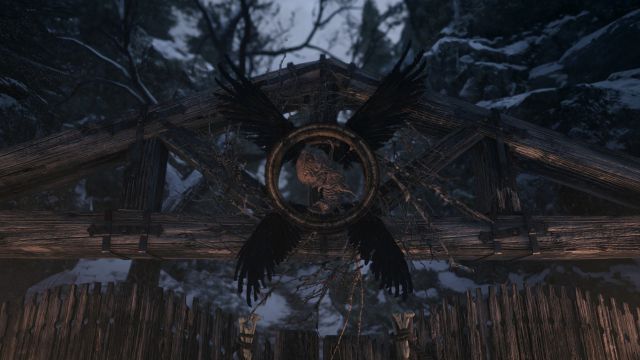 Each encounter will be a personal fight

As the developers well explained, each encounter is a personal fight for survival against terrifying enemies, which will force us to monitor the environment and constantly search for resources and enemies in unknown territory. What this installment intends is to give a greater focus to combat and exploration compared to Resident Evil 7, since the town itself where we are located will be just as important as a character, it will be considered another living being, a place with a life of its own that it will often keep us on edge as we discover all its secrets. In every detail shown we have been taught that there will be a large number of new enemies, including the expected zombies, but also novelties such as pale humanoids, werewolves and monsters that look like lickers from Resident Evil 2. 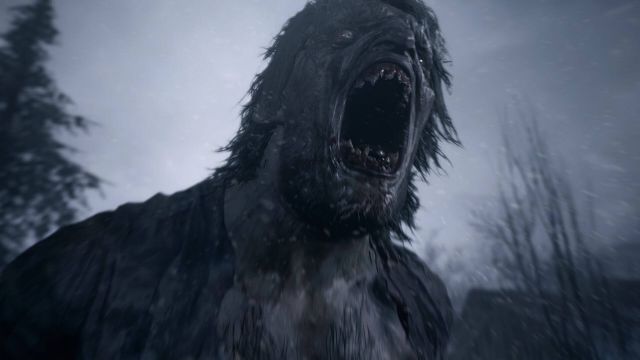 These enemies will have a great difference compared to the previous installment, since they move differently, and as there is more variety it will be much more complex how to face them, and even the paradox that some of the enemies go naked in completely winter territories. As with most of Resident Evil, we will take our inventory very seriously. Our protagonist Ethan will have a few weapons and some ammunition, so we will have to explore the surroundings and we will even be allowed to use furniture against monsters, among other things. It is very likely that we will have to be smart and careful to get out of the danger of this creepy village.

In this long and terrifying journey, players must fight for every breath while being pursued by the heinous, new and fierce enemies we mentioned earlier in a strange new snowy place. But between theories and details, it is worth highlighting the technical improvements that we will find. For now, they have talked about channeling the capabilities of next-generation consoles and detailed realism working with the RE Engine graphics engine, turning the technical section of Capcom’s games around and thus optimizing it much better, in addition to creating much better graphics. more realistic as it will be with Ray Tracing. However, the developers wanted to emphasize the incessant sense of fear that will increase with each desperate battle for survival, while the moments of calm and “silence” will leave players wondering what new horrors may reappear. 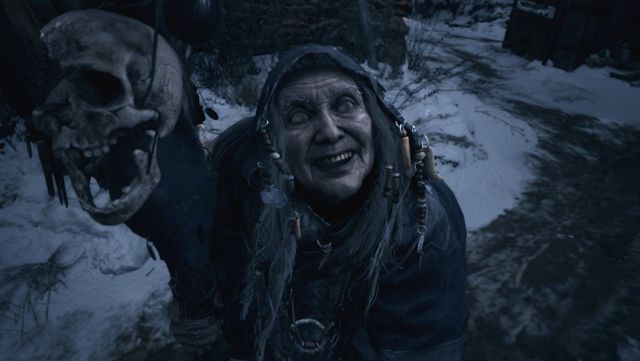 What we want to find in Resident Evil 8 Village

The atmosphere they achieved with Resident Evil 7 and what they caused with their gameplay, was without a doubt the essence of a delivery that many enjoyed from beginning to end. It is clear that what is most desired for this new title is that they maintain the line of their predecessor from all its aspects: tension, encounters with enemies and even puzzles. Some more variety of puzzles, with some difficulty, but with greater gratification when solving them. With regard to the story, we expect a Resident Evil that not only continues and we end the argument of 7, if not that they are able to close all the open ends and manage to finalize and clarify the entire story without ellipsis. As we also want to explain certain details that have been taught in the trailers such as, for example: will we finally see Mia? Will we face vampires? What does all this new environment mean? What about Umbrella? Can we handle more characters? 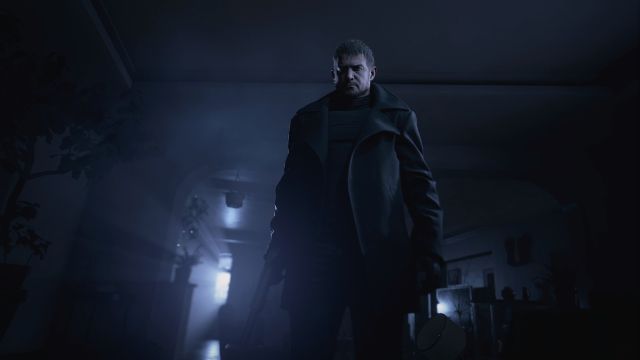 Despite the few details that they have wanted to establish due to technical improvements and graphic specifications, we hope to find that great leap in graphic capacity with the new generation consoles. Enjoy very well detailed environments, an adequate frame rate and a huge hardware upgrade that allows us to offer this generation jump that they promise with 4k with HDR, as well as 3D audio and haptic feedback. Unlike Resident Evil 7, virtual reality would be a very viable option, so we hope that it will also come out for PlayStation 4 and Xbox One.

Turning into yet another first-person survival game, we expect there will be a greater focus on combat, as well as more action alongside the classic Resident Evil save and inventory management. Greater freedom in exploration, more ability to escape and decide in encounters with enemies, as well as keeping collectibles. Last but not least, we hope that it will have a long and adequate duration for your campaign, that it does not leave us wanting more, but at the same time that they know how to adapt good content in a suitable time. In short, Resident Evil 8 Village aims to be the most different game in the series and with some characteristics that will make it unique. For now, we have to wait and continue enjoying the demonstrations that they are offering little by little, as will happen in the next Resident Evil Showcase this January 21 at 11 p.m., where they will teach us more information about this new installment, including a new trailer, gameplay and more. news. And now, for you, what do you expect from this new installment?