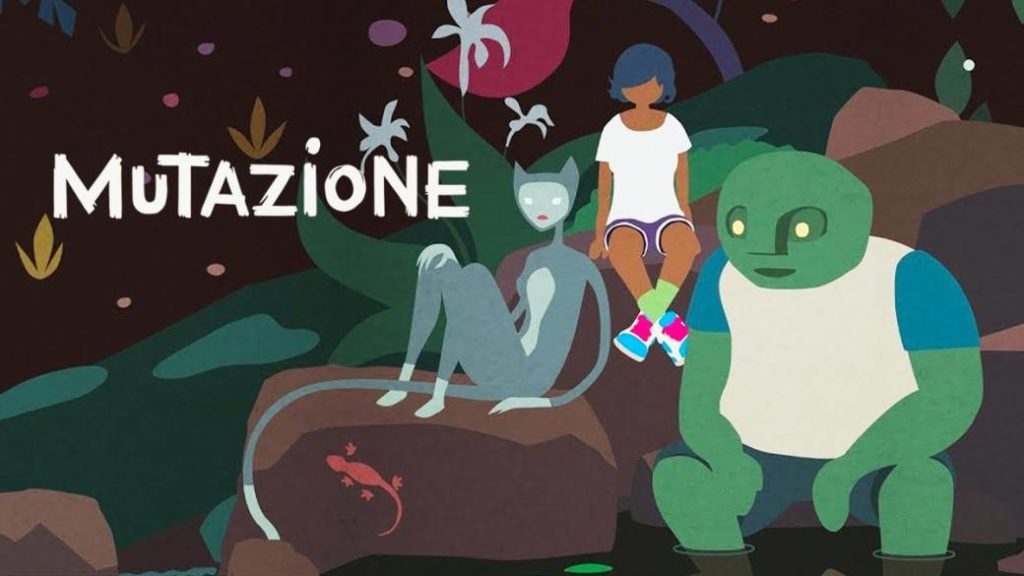 We analyze this little narrative adventure, which tells a story of characters and offers a mystery to solve.

Fertile lands, touched by the meteorite. Nature that dies, stone that breaks apart. Wilderness has left the fields, broken hopes. But in the darkest and darkest hour, the seed sprouts again. Caressed by the gentle rain and rocked by the warm melody of the wind, the seedling germinates and develops. Gradually, Mutazione regains color, life is reborn, survivors organize and return to live in a community.

If life is change, mutations are an inextricable reality. Every organism varies with time, cells are renewed, and in the deepest interior, chance modifies DNA sequences. Mutazione, the new work of Die Gute Fabrik, is a contemplative graphic adventure that intertwines the stories of very peculiar characters, where humans and strange mutants coexist in harmony.

The fungus, the Papu tree and the balance

You will have heard some that singing to plants reinforces their health and allows them to grow healthy. Therefore, the inhabitants of Mutazione do not hesitate to do so when they cultivate their gardens. These melodies are related to the natural cycle of this curious village in nature. The town was not always a town. In the not too distant past, concrete houses were built on trees, large supermarkets were popular and people were accustomed to urban life. The place was also a nerve center, as tourists flocked to savor the delights of this tropical site.

Everything changed more than 100 years ago, when the Lunar Dragon meteor entered the atmosphere and fell on the city. Many of its inhabitants died, and those who survived, developed mysterious mutations. Shortly after the incident, rescue operations ended, so the few people left alive decided to stay and build Mutazione, a beautiful community that stands on the tracks of destruction. Here and there the ruins of the old buildings are embraced by the brush; the beautiful landscapes, colored by plants and flowers, are guarded by a strange temple. 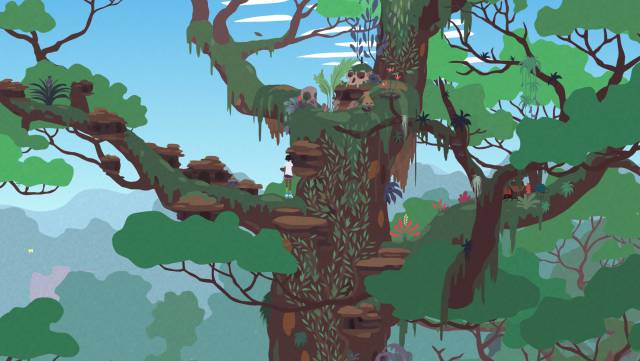 The years have passed and we reach the contemporary era. The scientist Nonno, who has lived in Mutazione for many years, has fallen seriously ill. His death seems close, so the neighbors call Gaia, the elder's daughter, who left Mutazione long ago. It will not be she who reaches the town, but her granddaughter Kai, only fifteen years old. In just over a week, you will have to deal not only with the little stories of the people who live in the village, but also with an adventure that will lead you to question the very foundations of their existence. What is the effect of the ancient Papu tree on the earth under its branches? Why does the fungus appear to be a threat capable of killing anyone who approaches its refuge? Your dreams will be truncated by chilling nightmares: a bird, a centipede, a house on fire.

Tung is a young man full of doubts. He dedicates his days to fixing the ship that his father left him before leaving Mutazione forever. His warm character sometimes reveals the anger and insecurities that nest inside. This is just one of the (few) characters that live in this place. All their history intersect, because each of the inhabitants enjoys a life in common. 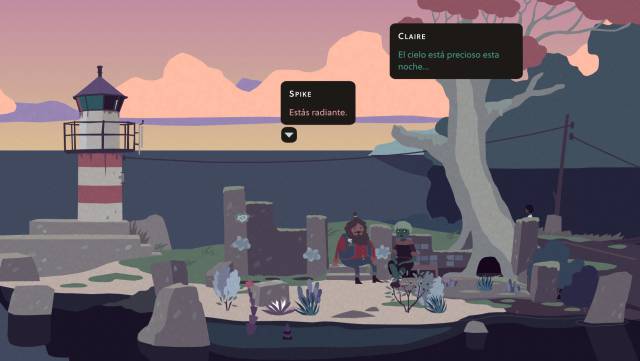 Meanwhile, Kai is a stranger. The neighbors try to welcome her as one more, but gaining people's trust is not always easy. Anyway, in Mutazione an unwritten law is strictly followed, which is to take care of the one next door, of people, of animals, of plants. Kai, as a newcomer, feels that it does not fit at first. He will have to talk, try to understand his neighbor and help him in everything he can.

Mutazione is a narrative adventure with a traditional graphic adventure control style. Its playable skeleton is based on conversation, on learning from small everyday stories. We do not say it, the developers themselves define it as a kind of soap opera, in the sense that all those peculiar characters coexist in an isolated world, so relationships are woven into that small circle. The young Kai enters her interior, talks and listens to the problems, the doubts and the small and innocent betrayals that are sometimes committed against her neighbors and friends. 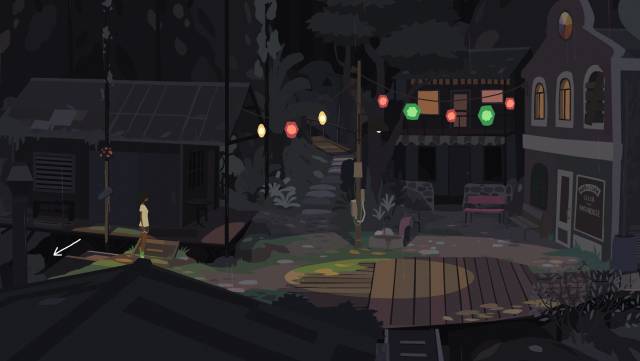 Die Gute Fabrik's work is about charm, but it lacks consistency. His five or six hours of play go by with hardly any playable variations, with an argument of calm rhythm, which does not mean that it is negative. However, not everything we are told is interesting or invites you to discover more. The aura of mystery, which appears in the supernatural parts of the script, makes us want to know what happens next, but the problems of the inhabitants are not always so attractive. In addition, the end of the story seems somewhat abrupt, since the whole argument is simmered. On the contrary, the end rushes forward in a matter of very little time.

The game structure is divided into the days of the week, which in turn are divided into different time slots. As a video game, Mutazione offers no challenge. It is based exclusively on conversations. That means that no puzzles have been implemented. Getting lost or stuck is not a real possibility. Kai's diary tells us exactly the next step to take. 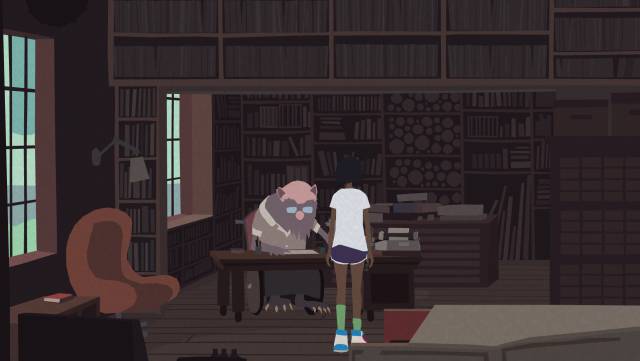 A garden for harmony

As something present in the plot, planting and caring for gardens is one of the available mechanics. In the scenarios – not too varied, on the other hand, because almost everything takes place in the same place -, the Kai can be done with many seeds. The different types of plants grow well or badly depending on the terrain. On the other hand, they respond to different songs, which allow them to grow.

In practice, setting up a garden in Mutazione is as easy as planting in the place indicated, where it can be fully developed. As it is intended for the story to continue, we will just choose the vegetables of a certain type to play the relevant melody and then pick the harvest that a certain character has asked us. It is missing perhaps a deep ground, that not everything is to follow dialogues. 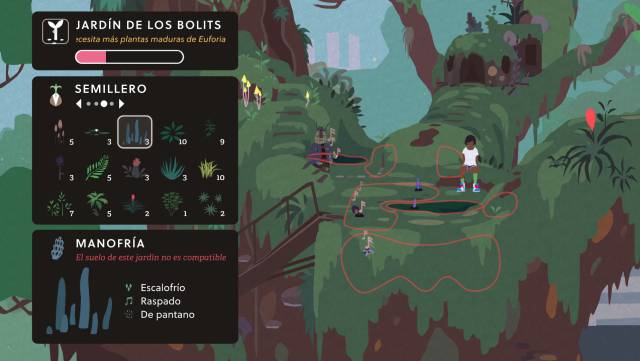 The beautiful graphic aspect hides a beautiful, sometimes sad, story of a very human colony that seeks its own place in the world. The most curious will want to pull the thread of each character, discover what is hidden, read the optional conversations and build the complete picture of what happens in Mutazione. For the rest, we have a good title that focuses on the little things in life, which in the end, are the ones that really matter.

Mutazione is a video game of small sips, of leisurely rhythm, thought to introduce the player in the dialogues of the characters that live in the village. The personal and intimate stories of the inhabitants lead to a mystery to be solved. It is a production of undoubted aesthetic beauty, with static planes of very dignified scenarios. Die Gute Fabrik has created a narrative adventure that does not demand skill from the player, since his focus is on the story, which evolves slowly, although the end rushes too quickly. The gardens, one of the main mechanics, feel somewhat wasted. All in all, Mutazione is a highly recommended title.