You are here: Home / Fellow Traveller / Neo Cab, Reviews, reflections on the present from the future 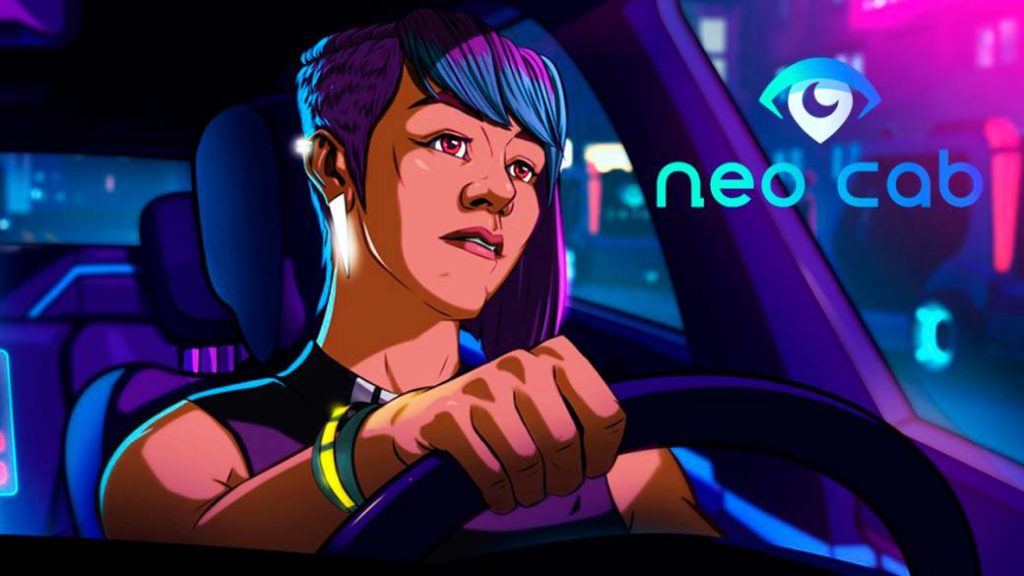 Change Agency takes us on a taxi to a future where the presence of large corporations, their collusion with politics and law enforcement and the indiscriminate use of our data paint a bleak picture.

It is when we look back when we realize that the future has arrived. Just 10 years ago, the first Android phones came to consumers, and even less so that social networks definitely invaded our lives. In a decade the internet has moved from the browser to an appealing environment, the use of internet in public spaces from a rarity to a necessity. The concept of privacy has changed forever and the next frontier seems to be the permanent connection of all the articles we use with the network to share all kinds of information. What awaits us in the future? That's what Neo Cab tries to answer.

The title of Change Agency presents the story of Lina, a village girl who moves to Los Ojos (a dystopian futuristic version of Los Angeles) to meet and live with her best friend. But things are going to get complicated soon for her and she will be forced to turn to her job while a bill that could ban human drivers puts her future job at risk. A situation that will gradually be complicated by forcing Lina to rely on the few contacts she has achieved in this oppressive city if she wants to put a little light on everything that is happening to her. 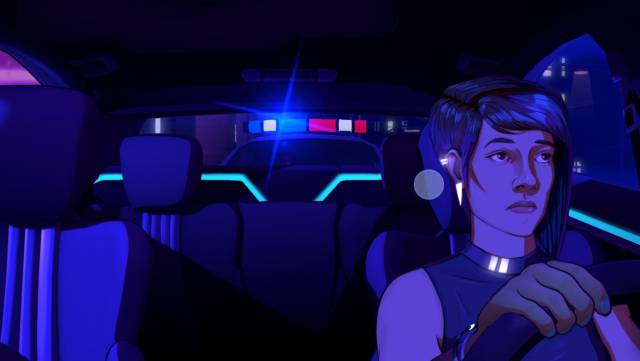 Between science fiction and the black novel

The main novelty that Neo Cab brings to the mechanics of choosing a conversation option from among those offered to us is a bracelet that changes color according to our emotions. The options offered to respond will depend on the mood we feel, and therefore reflected in this element. If we are angry, we can only select the most border options, for example.

The linearity of the game really only breaks at some key moments, in which we will be clearly aware that our decisions will have an impact in the end. But this linearity is not really a problem for the enjoyment of Neo Cab. This title is enjoyed to the fullest if it is understood as a good science fiction novel wrapped in a detective and mystery story. All this wrapped in a visual and sound atmosphere that enhances the narration. 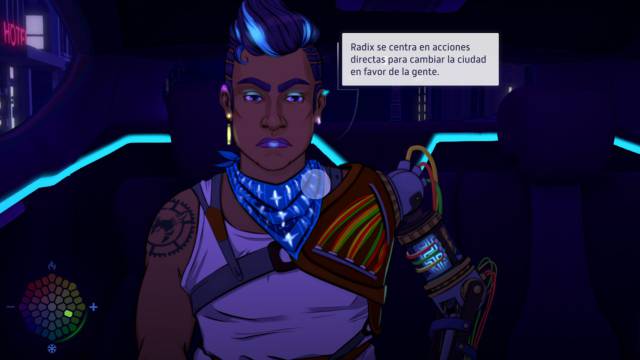 It is no accident to focus on the history of this game. Although its aesthetics can deceive, we are facing a pure and hard conversational adventure. A game in which all the action is summed up in listening to our passengers and choosing the option that we consider most appropriate from among those offered to bring the conversation to fruition and keep our 5 stars rating while we learn more about the gloomy world around us. 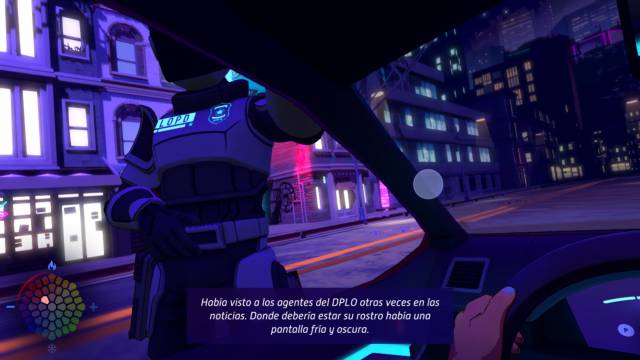 Some options that a priori seem to give us a lot of freedom, but that over time we will notice that they are limited to that, to give us a feeling, because the conversations, like the number of passengers that we can pick up, are not so wide.

And it is that in the technical aspects Neo Cab is very resultón. While the scenarios that our car goes through are the same repeated over and over again, and the interiors are limited to static backgrounds, the correct aesthetics and especially the good use of lighting makes Neo Cab visually withstand the type even if it is a bit poor in this section. Something that is not an obstacle to indicate that a little more variety would have been appreciated. 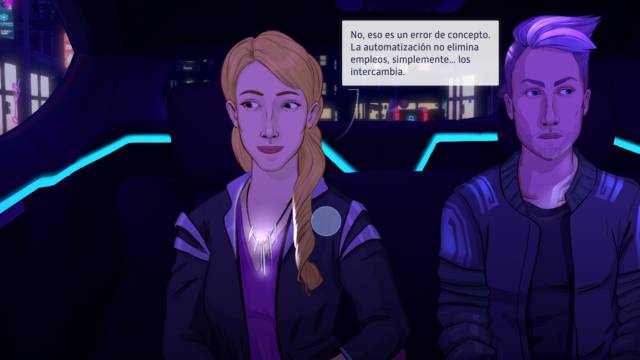 The same can be said about the sound section. The music and the sound effects adapt perfectly to the world that Neo Cab presents, especially the latter. However, the limited variety of melodies becomes slightly repetitive in the medium term.

A detail that may be surprising is that the game lacks support for PC control, although this can be easily solved by mapping the movement of the mouse to a joystick and the left click to a button. That is all that Neo Cab requires to be enjoyed. 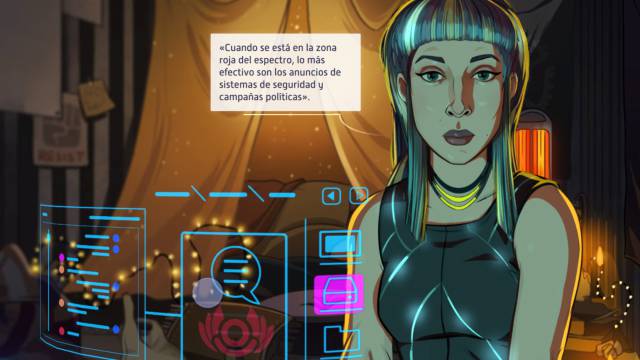 Where this title stands out is in its location in Spanish. A key aspect in a game based almost entirely on its history and that undoubtedly contributes decisively to enhance the value of this product.

Neo Cab is a short but intense fable about how the future could be if the current trend of empowering large multinationals with almost indiscriminate access to our data continues for their own interest and benefit. With a simple conversational adventure structure and a more than decent translation, this title is enjoyed as a good science fiction novel.