You are here: Home / Koei Tecmo / Nioh 2, impressions after the beta: Team Ninja action is transformed 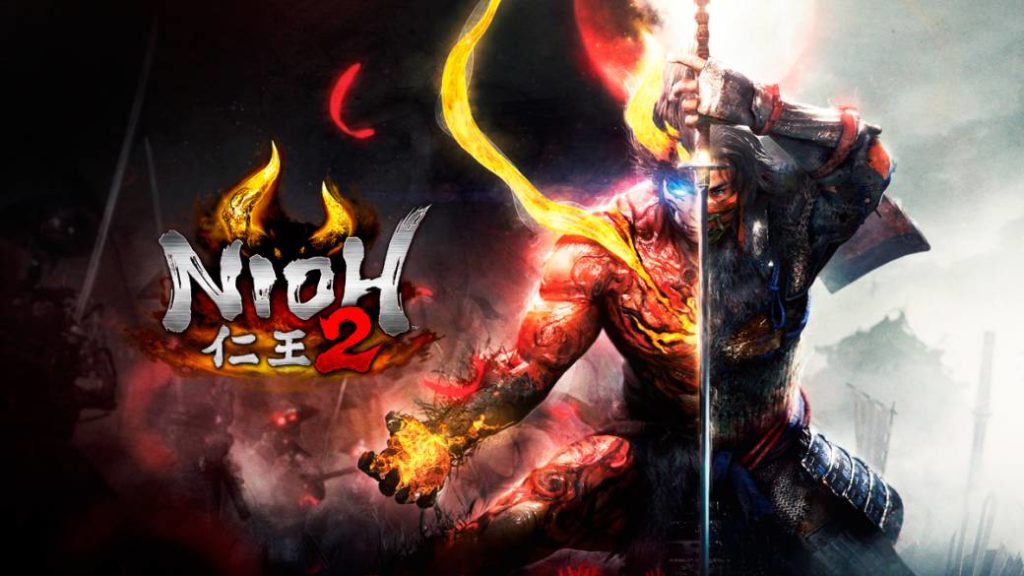 We delve into the beta of Nioh 2 and discuss the potential of a sequel that, in addition to quality, promises interesting changes in the formula.

Two bars Despite the infinity of design decisions aimed at creating the archetypal experience of those commonly known as "Souls," the vast majority end up taking us back to two meters in some corner of the screen. Its size, color or name may vary depending on the case, but if we talk about life and resistance, any player familiar with this subgenre will instantly know both its function and the importance of its management. It is true that having a life meter is a convention almost as old as the medium itself, but the way in which these games interrelate them to create a constant tension between attack and defense separates them from other RPG action before even entering the Popular mechanics of loss and recovery of souls among deaths.

Each action, be it a slap, a feint or a block, consumes a certain amount of energy that is then regenerated at rest, which is why such rest is as important as the execution of the other commands. Consuming all the resistance leads us to a state of temporary inactivity that enemies, as a rule very aggressive, take advantage of to empty our lives. But at the same time, risk taking is part of learning and overcoming, as an excessively defensive posture extends confrontations and can end up leaving us as inactive as indiscriminate attack. In that particular balance, different according to the saga, the game or the specific enemy that we have in front of us, is where you begin to build a Souls. 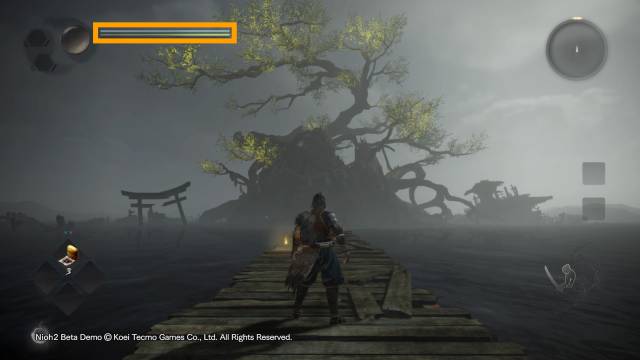 But of course, it is only a starting point. Then come the nuances and complementary systems. Bloodborne, the first major deviation from the formula by its main conceptualizer, Hidetaka Miyazaki, implemented a system by which we could recover life if we attacked immediately, before the newly received damage became permanent. And the first Nioh, a fusion between the experience of Team Ninja with the most technical combat of Ninja Gaiden and this new lineage role, also introduced a similar regeneration system in the resistance.

Renowned as Ki, this bar uses a three-color code to comfortably differentiate between the available energy bank (green), the consumption of our actions (pink) and the recoverable energy (blue) if during the first moments of rest we let it advance and overlap on consumption. This recovery is not automatic, but requires the correct pressing of a button, but with practice it becomes a natural and fundamental mechanic to keep us longer in the heat of the battle or even dissipate some demonic fields that slow down the normal regeneration of Ki (something that seems to be even more important in the sequel if beta serves as a good reference for the final product). 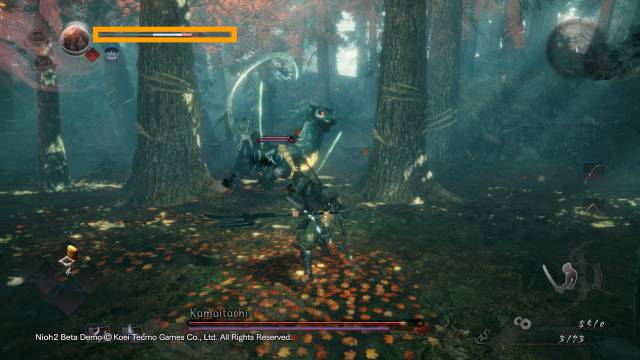 This use of resistance (also shared by enemies), together with a range of combos and skills much more elaborate and the existence of different rooms to alternate between faster or stronger attacks without changing weapons, gave Nioh an identity marked among the Souls that went far beyond the Japanese atmosphere. But now Nioh 2 arrives and his job is to preserve a sense of continuity while trying to shape his own personality so as not to sin of redundancy. And how do you get it? Going back to the bars and adding a third with new and interesting properties: the Yokai force.

It goes without saying that the concept of a third bar itself is far from being new: Demon's Souls himself already had one dedicated to magic a decade ago, and the newly released The Surge 2 bases much of its mechanics on the exchange of filled batteries through offensive actions. But each game that decides to implement it makes it their own in one way or another, and in the case of Nioh 2 this violet meter opens the doors to a whole conglomerate of systems, improvements, collection and management that changes the way of facing many situations. 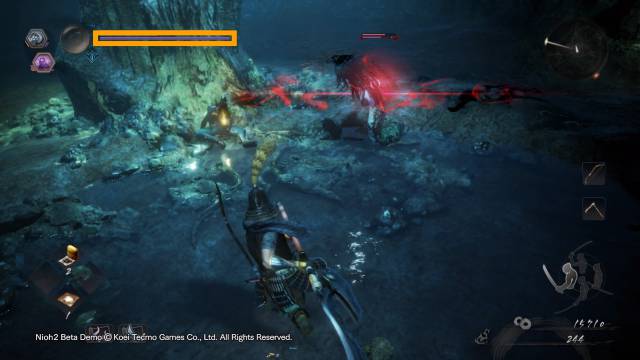 Unlike William, the predefined protagonist of the original, the character created to our liking in this installment (which is, in fact, a plot prequel) can briefly transform into various creatures. On the one hand we have a review of the guardian spirits, already present in the previous game, but now instead of simple passive bonuses or previous reload enhancements, they offer more specific skills of frequent use. This time the enemies, be they bosses, mini-bosses or commons, launch special attacks (alerted by a quick red flash) that break the normal defense, so they must be countered with the power of these transformations. For practical purposes they function as parries, feints or blockages of greater power / range according to the equipped spirit, but their consumption is regulated with the aforementioned Yokai force bar (refillable attacking) and introduce a greater specialization by adapting to timing and their own options of improvement 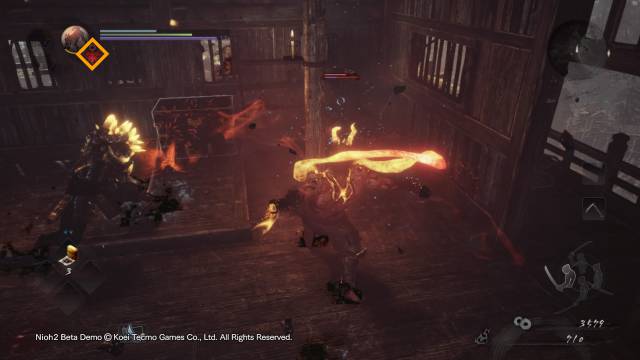 And then, already with offensive orientation, we find the Yokai movements, also related to the spirits but collected and equipped separately: by defeating certain enemies during the missions we obtain soul cores that, once back in the sanctuaries (control points where to level up, replenish provisions, etc.), are assigned to one of the two slots that each spirit puts at our disposal. Both the nature of these attacks and the amount of Yokai force needed to execute them vary greatly depending on the creature, something that promises to encourage experimentation and rotation. They even have their own levels and fusion options to enhance them, as well as numerical requirements to be equipped. If the sum of two exceeds the marked stop they cannot be assigned at the same time and makes us opt for another combination, at least until we extend said stop. 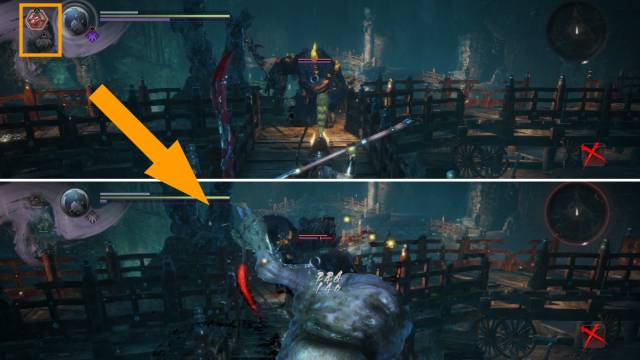 Of course, this is only the tip of the iceberg, because then it's time to add the depth of base that the original bequeathed, the intricate design with secrets and shortcuts (the scenarios available in this demo scratch to a very good level), lots of unpublished enemies , the premiere of a quite versatile weapon (the alternate guja) and to know how many new features. The beta, although substantial in content (completing it may take more than five hours), is still a small fragment of what Nioh 2 will surely offer if we take into account that the former already easily exceeded 50 hours before the arrival of the additional downloadable content.

If you have not tried it yet and you want to do it, it is also worth remembering that this beta will remain available on the PlayStation 4 Store until November 10. For the final game we have to wait for something else, specifically on March 13, 2020, but the contact has certainly served to reinvigorate our interest in its arrival. With such a solid formula, the traditional “more and better” sure would have been enough for many, but their intention to go one step further and reinvent the basic attack and defense mechanics denotes the effort of Team Ninja to make this sequel A more distinctive proposal. Time will tell how far (and to what degree of success among the old fans) he gets it. 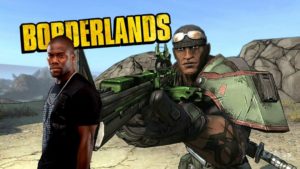