You are here: Home / Review / Nioh Collection for PS5, review. The definitive edition 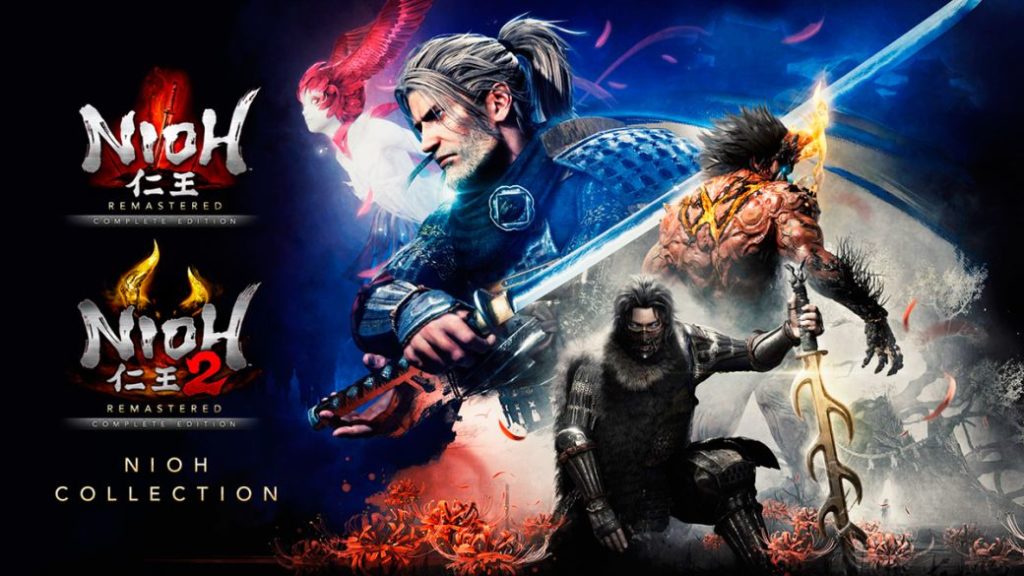 We analyzed the Nioh collection for PS5, which comes with all the available content of the saga and some visual improvements.

Note: This review focuses on what it offers as a collection and remastered versions. If you want to know our opinion of both finished games, we recommend our original Reviews of Nioh and Nioh 2.

There was a time when Team Ninja was the studio to watch. Led by Itagaki, the studio became a technological beast capable of taking advantage of the most powerful console of the moment, Xbox. Thus came Ninja Gaiden, enshrined as one of the best action games ever made (and enhanced with Black). Before they had already left samples of their good work with the Dead or Alive saga and with an Ultimate that was wonderful to see and play. It is this Team Ninja that emanates from the Nioh saga. A way to redeem oneself, to return to the top and leave behind the duel and the journey through the desert that the post Ninja Gaiden II productions represented, without Itagaki and also without direction. Team Ninja is at the top and that’s thanks to Nioh.

The Nioh saga drinks from three clear influences. The first, the Souls structure and formula that we can find in the use of the ki bar -resistance- or in the amrite accumulation system -like souls- that we lose every time we die, as well as the scenarios that revolve around Prayer zones that reset enemies, shortcuts to advance faster and devilish difficulty. The second, the Diablo formula based on loot, new and better weapons and equipment, endless builds and a title that is climbing in second and third paths where maximizing our team is the only way to face the challenge. And the third and not least, a combat system that reminds us of Team Ninja’s know-how in action games. 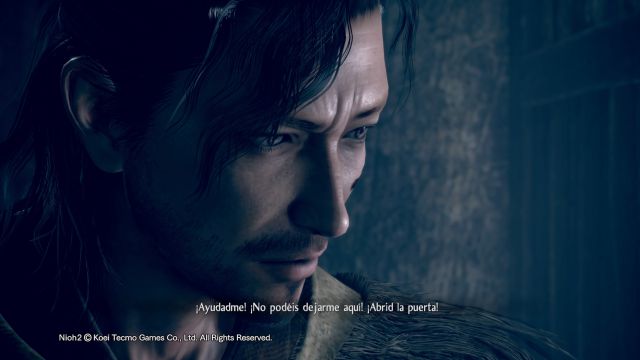 Therefore, we can say that in 2017 Nioh joined the Soulslike fashion, but capable of offering something of its own and differentiated. All this set in a feudal and fantastic Japanese world where in addition to enemies of flesh and bones we face a horde of demons, each more dangerous. And with several more peculiarities of the titles themselves, such as the presence of tombs to try to steal the equipment from other players, a spectacular combat system with various attack positions and totally different weapons and endless hours of play if we want to complete everything … just once. Because then come other even more complicated paths.

Both games maintain a very similar soul. The base of the game, the location in which they are located and the way to progress. Also a very traditional map model: here we do not have a large interconnected world like the Souls, but different phases in which we enter, we reach the end, we beat the boss and we exit. Within them there are shortcuts and connections that speed up our progress, but everything takes place in micro zones. To which are added secondary ones that revisit places of the main plot, and other challenges. Without going into many details, for that you have the original Reviews, Nioh 2 is surely a more agile game, more refined and interesting additions in combat. Both with peaks of difficulty sometimes unfair, but perfectly viable in their first round based on better equipment and skill. Another thing is in following, where the builds must be thought through if you want to have options to advance. If we add a complete cooperative mode to this, the result of Nioh 2 is that of an essential game. 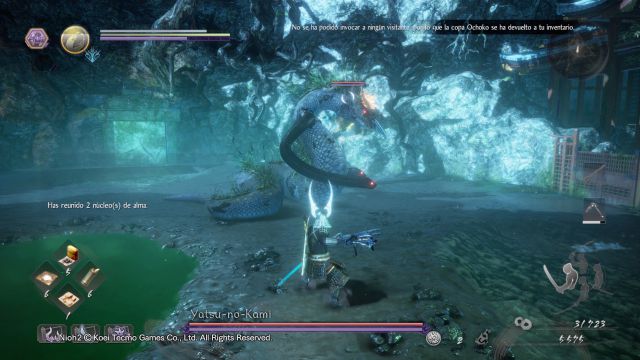 The collection of both games for PS5 comes with a huge amount of content. Not only because both titles will last a minimum of 50 hours during the first round, but also because it comes with all the DLC that expanded the story and the challenges. In the case of Nioh, we find the chapters of the Dragon of the North, the Rebellious Honor and the end of the massacre. For its part, Nioh 2 arrives with the Disciple of the Tengu and Penumbra in the capital, in addition to the first samurai.

To all this, the possibility of playing with different graphic modes in this remastering is also added. Note that the update is free for owners of Nioh 2 on PS4. If you have the full edition of Nioh 2, it is updated on PS5. If what you have is the base game, the base game (and the DLC you have purchased) is updated. That does not happen, unfortunately, with the first Nioh. At this point we enter a more doubtful terrain, in any case, because after playing and enjoying the title in its three graphic modes, we realize that yes, it improves, but we are not facing an imposing facelift, much less.

We have three graphics modes: optimized for PS5, 4K mode and 120 frames per second mode. If we go step by step, we start by saying that surely the best proposal of the three is that of the PS5 mode. It is the one with the best visual effects and details, although the resolution is dynamic and far from native 4K. The 60 frames per second in this case is fairly stable in both games and the game looks good, but without fanfare. The Team Ninja saga has some debatable visuals in the form of textures and effects, and they haven’t been improved here. So the title performs better and adds new details, in addition to looking better at medium and long distance. 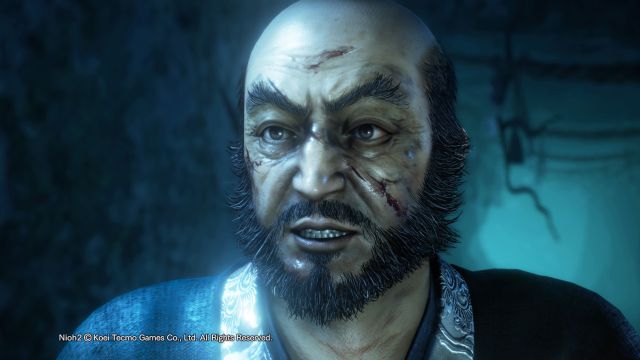 For its part, the 4K mode increases the resolution, but this is penalized by the absence of other graphic improvements, making some less lucid details, especially if we approach certain elements of the stage, do not look as they should in a remastering.

A non-minor addition that is being a recurring claim in the new consoles is the 120 frames per second mode, which gives us a smooth movement never seen on consoles so far. This mode works somewhat better in Nioh than in Nioh 2, where we have some more obvious drops, but in both cases it fulfills the task of offering us a surprising response, with non-existent input lag and a smoothness that is appreciated in games of this type. All this is not free, and in return we have an obvious loss of graphic quality in both games. This is especially evident in Nioh 2, a more demanding game, while in the first Nioh it is less noticeable. In both cases we have ever noticed some visual glitch in this modality.

In short, there are three graphic modes with their nuances, but none of them stands out in a remarkable way compared to the original games. We have improvements in the PS5 version, higher resolution in 4K and more fps in 120hz mode, but it can fall a bit short as “remastering” seeing the jump from one version to another. The question here is clear: is it enough of a jump for anyone who has enjoyed gaming on PS4? Being a free upgrade, it has a pass, but it is true that we could have expected more at this point. 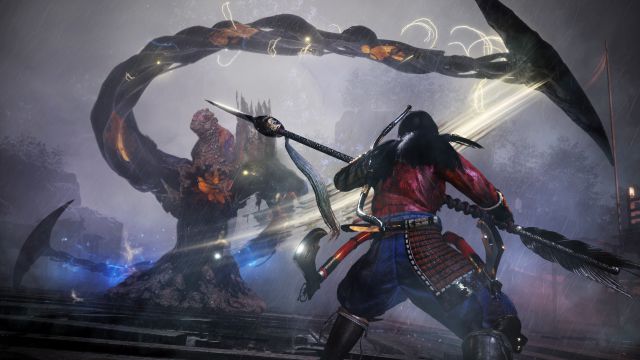 Finally, highlight two more features of the collection. On the one hand, the almost non-existent loading times between death and death, jumping from menu to phases and vice versa. Just two or three seconds and we’re back to playing, which greatly improves the experience of the original games. And on the other hand, the use of DualSense. It is somewhat subtle and not exaggerated, but it accompanies sound and haptic. In the first case, with sounds of blows and blows. In the second, with small vibrations that go from the use of the ki pulse to explosions, blows that we receive and others.

Nioh Collection for PS5 is the best way to enjoy a must-have series for RPG and action lovers. Hundreds of hours of gameplay with all the content released so far, an agile, unique and demanding combat system and unique character and combat style customization possibilities. They are difficult games, sometimes with unfair difficulty peaks, but tremendously satisfying. The Nioh Collection as a remastering could give more of itself in its graphic options, although we celebrate its good performance, the presence of the 120hz mode and details such as the missing loading times that make this the best way to enjoy (and die) in what newest from Team Ninja. Of course, do not expect anything new that invites you to revisit it if you have already thoroughly played the original versions. 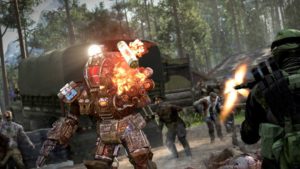