You are here: Home / EA Sports / Nira Juanco: “Being in FIFA 21 is like Formula 1, something unique that very few people do” 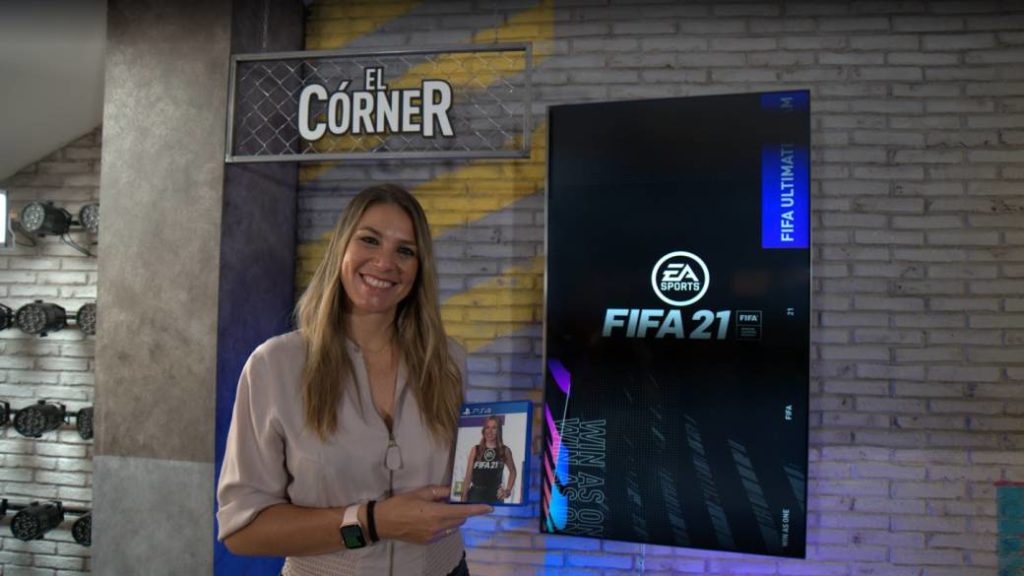 The journalist, currently at GOL, will be the first female voice of the EA Sports game. We interviewed her exclusively.

Nira Juanco, journalist and presenter in Gol, makes her debut in FIFA 21 as the first woman to contribute comments to the EA Sports saga, one of the most successful in Spain and Europe. Juanco, (1978, Las Palmas) thus gives another boost to a race that already saw it precisely at the foot of the field when the Sixth had the rights of the Spanish League, which was promoted as a reporter at the foot of the track in Formula 1 in Antena 3 and who is currently one of the visible faces of GOL as a presenter, at a time when she and other women have taken command of many of the sports programs of the moment.

How did you get contacted to participate in the FIFA 21 commentary recording?

It was before the lockdown, in February or so. At first I thought it was a joke: Me for FIFA? He was very aware of what the game involved, who was participating, and he thought they were messing around. Then they told me about recording and looking for a day and I understood that things were serious, but everything about the pandemic happened and it was never known again. Until in May they returned to the charge.

The truth is that if. I am very clear that it is a privilege and an honor, only comparable to when I was a reporter in Formula 1, because they are unique things that people do that can be counted on the fingers of one hand.

You are part of a group of presenters who lead top-of-the-line sports programs where before it was common to see men, such as Guasch and Boronat in Movistar, and now you will be the first female voice in FIFA. Does this help to consolidate the female presence in a world like football?

It is a great step forward. A great stir has been generated for being the first female voice and many people were surprised … But it also happened with F1, I was the first girl at the national level to cover at the foot of the track instead of Antonio Lobato. There was a stir, because it was an eminently masculine space, but now nobody is surprised. Look at Movistar, as you say, Guasch is a mega crack who runs a program that everyone would dream of, and no one questions her. The more we normalize the role of women, in sports and now in sports video games, the better.

Did you know and play the FIFA saga before the offer?

I have known her for many years. I have two brothers who played often and a 14-year-old nephew who is with him all day. Also, dedicating myself to the world of sports journalism I am surrounded, and my husband plays and organizes games with friends constantly. I have played it, but I hardly have any free time, but when I can I get with it. In fact, my daughter Valeria is old enough to want to touch the controller, so I go into training mode and tests many times to teach her shooting, dribbling and what each button is for. 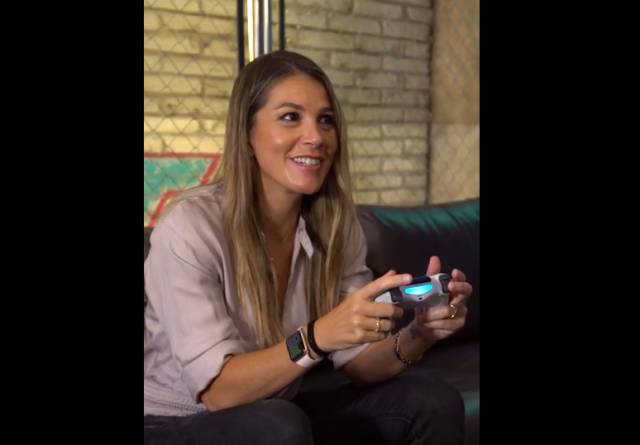 What will your role be in the game?

I’ll be in career mode and Chyampions League matches. In both cases I enter connecting in the narration to explain how other games are going, if there have been changes, goals from a player, outstanding plays … I am the connection with what happens in other matches, and I interrupt Manolo Lama and company to comment this and update bookmarks.

How was the recording process?

At first it gave me a lot of respect, since I thought it was a pretty cold thing, but then you see that the game is so real and surprising that the difference with doing it in real life ends up being little. Since the Pit Lane in Formula 1 it was already like that, you warmed up quickly when you got into the role. Here you do not live it in situ but it is not difficult at all.

In GOL you are with Manolo Lama, who is already a FIFA veteran. What did he tell you when he found out that you were part of the team?

As it happened during confinement and we have not seen each other until recently, he fit it normally, as if he saw it normal. He has been telling me anecdotes, asking how the recording was, etc. The truth is that he has always been a very normal guy, nor was he surprised that they chose me …

How many hours of recording and names have you had to say?

Look, in that Lama did give me advice: to shoot miles and they would correct me later, because of course I had to say dozens of names and I know many from the Turkish league or similar, but their pronunciation is another story … And it goes and a name that I know perfectly choked me. I told Quagiarella a thousand different ways less like it is! In the end, I spent a day recording many hours, but it was faster than it seemed.

Wow, you were not bad at all …

The truth is that no, we recorded almost everything at once and then we corrected what was not right. Many names of players, who has scored, if someone has been injured or if there were changes. He reported a bit of what was happening and things went well. In fact, much better than when I started out on the field in the Sixth, that was a disaster (laughs) …

What have you been able to contribute with your experience to Formula 1 to a format like this?

As I said, at first I did interviews in the box and at the foot of the field, and it was greener than anything. I thought that would not help me … But yes, when you are on the field or in Formula 1 you end up doing the same thing: interrupting or giving way to report things that are not seen in the broadcast.

I am open to everything that is proposed to me. The experience at La Sexta was so bad that now it would be a challenge, and I love challenges. But right now I’m phenomenal as a presenter on Gol. Mind you, I will never dismiss anything that I see as forward career advancement. For now, yes, I think there are very valid and professional people who are already doing it. It’s very well covered, wow. But you never know.