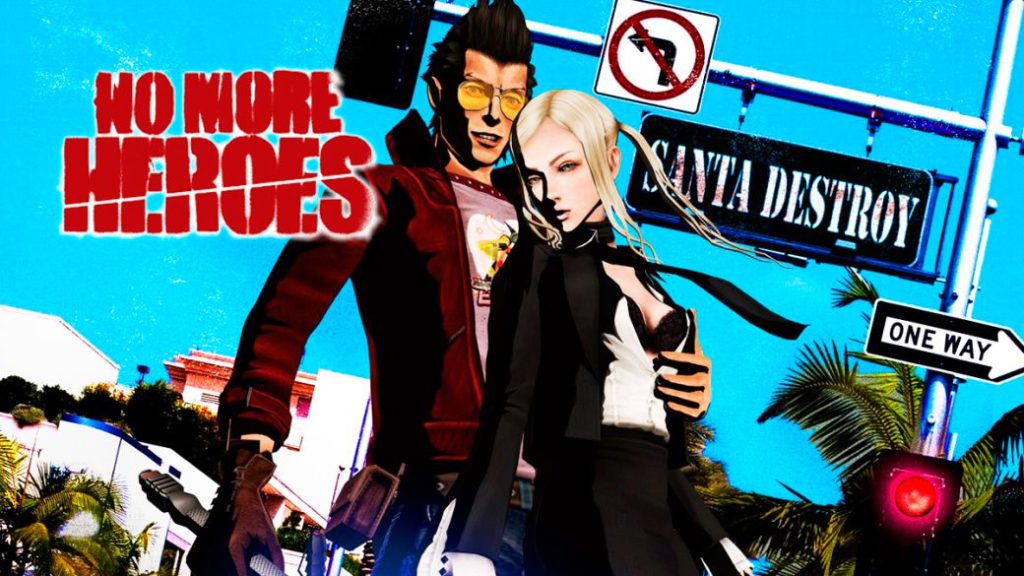 No More Heroes has been remastered for Nintendo Switch. Travis Touchdown, one of the most charismatic characters in video games, is back. 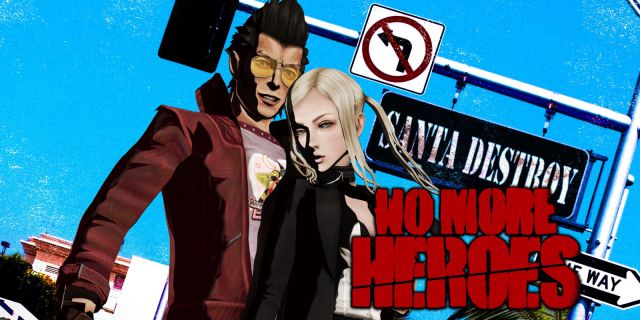 Without prior notice, and completely unexpectedly, on October 28, 2020, both No More Heroes and No More Heroes 2: Desperate Struggle, two of the most important works of the creative Goichi Suda, alias Suda51, arrived on the Nintendo Switch eShop. . They are not just ports, but they are remasters with all the laws. In this Reviews of No More Heroes for Nintendo Switch we will focus on how this conversion has been carried out, although here you can read our review of the original, for Wii, which our colleague Enrique García wrote at the time.

No More Heroes, Nintendo Switch review – A quite drinkable remastering

As we have commented in the introductory paragraph, in this Reviews we will focus on the conversion made to Nintendo Switch, both in how this video game has been adapted at a technical and performance level, as well as in the control.

As many of you will know by now, No More Heroes was one of the most popular titles on the Nintendo Wii. Travis Touchdown, its protagonist, knew how to conquer the hearts of the players with his powerful personality, and his bizarre adventures (basically he is an otaku who won a laser katana à la Star Wars, and after that he embarks on a career as a hitman) and a sense of very badass humor and punk did the rest. 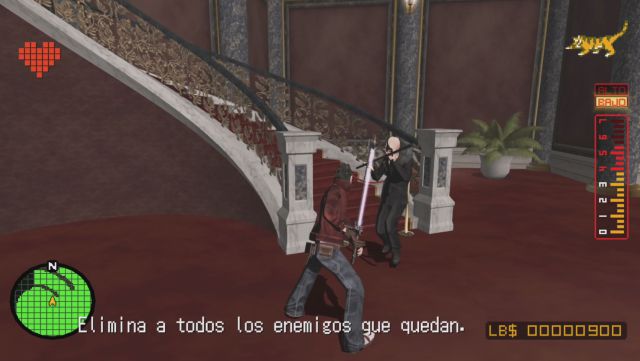 In No More Heroes we face all kinds of enemies

In this remastering of Nintendo Switch we find that the game runs at 1080p in dock mode, and at 720p in portable mode. The textures have been improved for this new resolution, and we did not perceive excess sawtooth problems. Performance appears to be the same in dock and laptop modes; The rate of images per second, or framerate, oscillates between 50 and 60 FPS continuously in different situations, such as exploring Santa Destroy – the place where No More Heroes is set -, when fighting against crowds of enemies, or in the scenes generated with the game’s own engine. In more specific instances the falls are more serious, although they are not usually at times that affect our gaming experience, such as during sequences, or just when stunning enemies and preparing them for execution.

The interface has also been, effectively, adapted to Nintendo Switch. HUD elements that in the original referred to Wii, here now refer to the corresponding buttons and sticks on the Switch. And speaking of the transition between platforms, the motion control using the Switch’s accelerometers is very similar to that of the Wii, so the gameplay experience is tremendously similar. Surely the most nostalgic will appreciate this. If for some reason we want to play in the traditional way, we have the option of deactivating the movement control —whose use is replaced by button presses, without further ado—, although we will lose much of the experience. 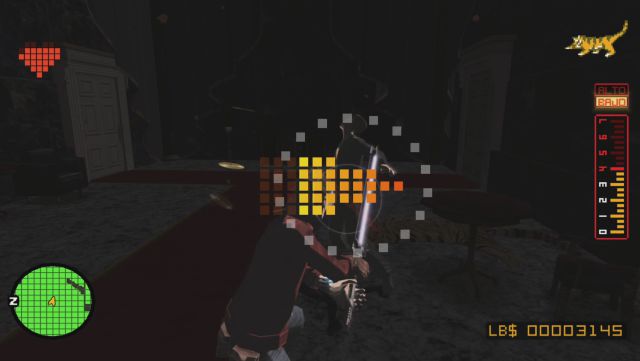 With the movement control activated, we must move the JoyCons towards the indicated direction to execute the enemies

We remind you that this is a hack ‘n slash that also has some exploration in the open world, and several mini-games with which to earn money and kill time. In all these different types of gameplay we can use the motion control without any problem, and with a fidelity of the detection of our blows to the air with the JoyCons quite decent.

Continuing with the control, the peculiar system that it uses means that we cannot play this game in the portable mode of Switch without more; at most we can leave the screen of the game console in a stable place while we hit left and right controls in the air with the JoyCons. It is something that we do not consider either positive or negative, but it is necessary to highlight. 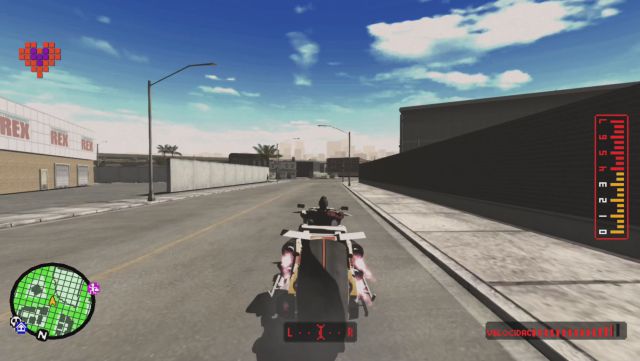 We can explore Santa Destroy on our powerful motorcycle, the Schpeltiger

The visual aesthetics of the original has played in its favor in this remastering: by opting for cel-shading, the passing of the years does not weigh down as much as it could have happened with it had it used a more realistic aesthetic. The “putty” enemies sin of being clones of each other and little varied, but the rest of the characters relevant to the plot have designs as powerful as their own personalities.

For the rest, we are facing not only a very good adaptation of No More Heroes, but also the best way to play it at the time we write this Reviews. It is true that, after the launch of the original title on Nintendo Wii, it was released on other platforms such as PlayStation 3 or Xbox 360 (yes, the Xbox 360 version did not come out of Japan), although these ports did not perform as well as that of Switch on a technical level. 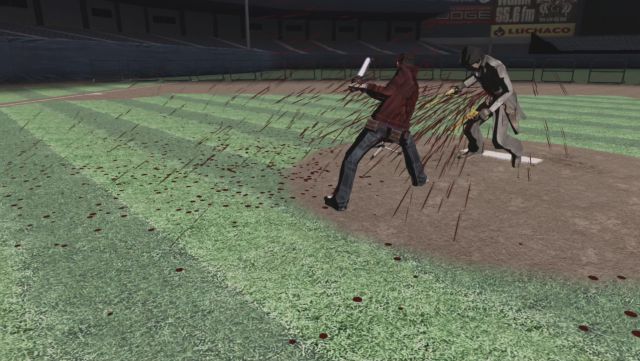 And this not to mention the issue of censorship; No More Heroes was released in several different versions, designed for different audiences and territories; the Nintendo Switch version does not have any kind of censorship. In this way, we will see blood flow by hectoliters of the enemies that we mercilessly dispatch by beheading them or cutting them in half. In a way, we can affirm without fear of being wrong that this totally and completely censorship-free version is the one that best fits the original vision of the author, Goichi Suda. One of its hallmarks is precisely the excessive violence that many of its titles display.

In short, we are facing a title that, if at the time it was one of the great Wii essentials, on Nintendo Switch it is claimed as a pleasant surprise and its best possible version (as always, taking into account the hardware it runs on) . As always happens with this type of product and re-releases, it will not bring anything new to players who already own the original, although it is a golden opportunity for those who could not play No More Heroes at the time. 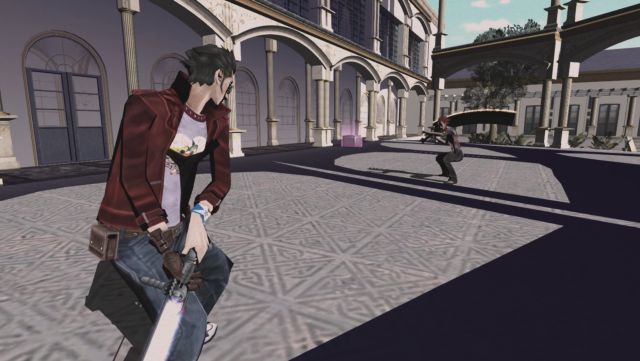 No More Heroes is packed with memorable moments and fights

Author’s note: We have used audit tools to check the performance of this title and draw the conclusions that we offer you.

No More Heroes came by surprise to Nintendo Switch … and what a surprise! What was one of the most important, impressive and impressive titles on the Wii has arrived on Switch so that players have a new opportunity to enjoy its beginnings. We are facing the remastering of a very good video game, although it is not for everyone; keep in mind the limitations of the original hardware, and the story it is intended to tell, and how. Some limitations, such as how empty the game world is, are explained by deliberate design decisions, being a deconstruction of open world games.