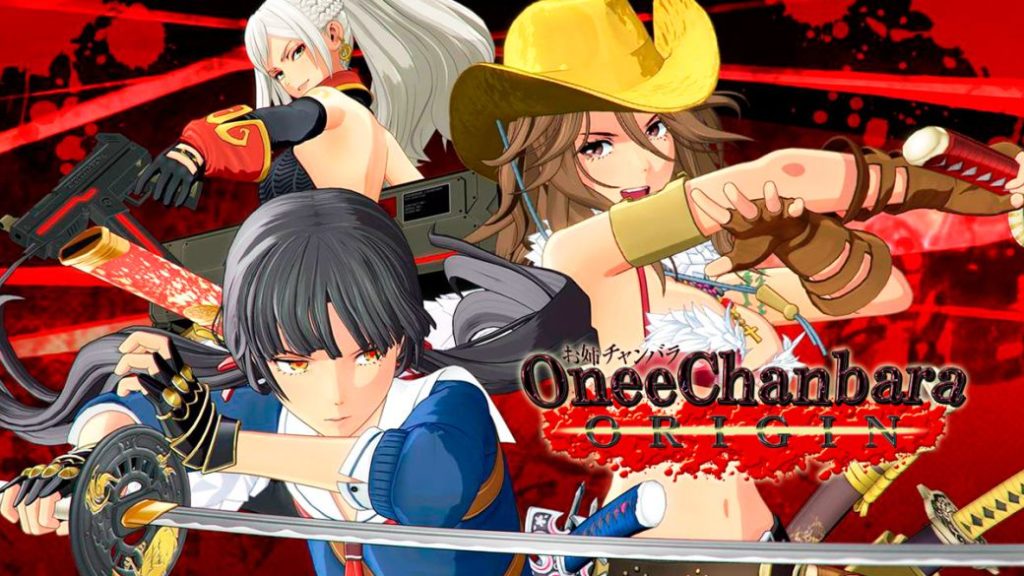 The two original installments of the saga reunited in a new remake that celebrates the 15th anniversary of Onee Chanbara; hack’n’slash action, katanas and zombies.

Tamsoft and D3 Publisher celebrate the 15th anniversary of the hack’n’slash saga Onee Chanbara with a kind of reinvention halfway between the remake and the remastering of the first two installments, merging THE OneeChanbara and THE OneeChanbara 2, both from PlayStation 2 , through a single title under the title of Onee Chanbara Origin that now comes to PC and PS4. We relive the origins of the warrior sisters Aya and Saki, specialists in the noble art of the sword, in this case, katanas, and fond of severing the limbs of hundreds and hundreds of zombies and all kinds of monsters that dare to cross their path. path. All this while we try to unravel a somewhat tense family situation with resurrections and reproaches in between. Let’s see in our Reviews if this new restart of the franchise manages to position itself as a valid alternative among the most carefree hack’n’slash.

Onee Chanbara Origin represents the restart or reboot of an already mythical saga in Japan as a celebration after 15 years of games and games, up to a total of 12, although many of them without a commercial presence outside of Japanese lands. The work of Tamsoft, creators of other very recognizable sagas such as Senran Kagura or the most recent Captain Tsubasa: Rise of New Champions, Onee Chanbara Origin keeps the essence of the brand intact, reinterpreting the first two PS2 titles to adapt them to current times, not without offering the odd novelty and various extras that will arouse the interest of fans, even though it is a truly niche brand. And as its aesthetic reveals, betting on a one hundred percent Japanese character. Let’s see what the origin of the rivalry between the Aya and Saki sisters holds for us and if Onee Chanbara Origin responds to the concerns of a fan of the genre at the end of 2020.

How could it be otherwise, Onee Chanbara Origin takes us to the busy city of Tokyo in a current time, although devastated by an apocalyptic event, turning practically all its inhabitants into grumpy bloodthirsty zombies and other monstrous creatures. In the midst of all this chaos, two sisters from different mothers, Aya and Saki, are involved in a family feud over which the youngest of them, Saki, wants to snatch the heart of the eldest, Aya, in order to resurrect her mother. deceased. Without getting spoiled, both sisters will be able to join forces to defeat a common evil, bringing other mysterious and sinister characters into play. However, its crazy argument is nothing more than an excuse to start tearing up every monster that crosses our path, although it is also true that following its development is very uphill, both for the elaborate script and for providing attention to continuous dialogues in English while we fight, even with Spanish subtitles.

Be that as it may, we will quickly be immersed in its frantic hack’n’slash gameplay, not too deep and quite repetitive. Either in the skin of Aya or Saki (from a certain point we will be able to alternate between them in the middle of combat), we will only have at our disposal a main attack button -for katanas and other weapons- and a secondary one -melee attacks -, in addition to a button to block and even parry at the right time along with another to dodge. It will also be possible to pin the enemies to direct the blows well, although the system is not too natural. 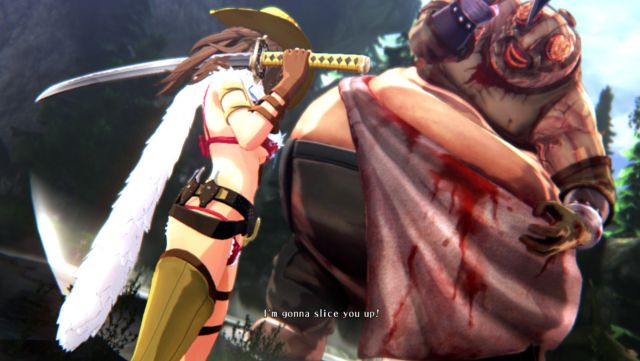 The same happens with the camera, whose action tracking is not quite well adjusted and will leave us sold on many occasions. At the level of sensations at the controls, Onee Chanbara Origin becomes repetitive due to the continuous fighting with little depth, leaving a certain feeling of “button crusher” without grace; even so, it offers the possibility of unleashing somewhat more complex combos and finishing blows. As a curiosity, as we eliminate zombies, the swords will accumulate blood and lose effectiveness, which will require a dry “cleaning” movement to recover their full potential.

His development of pure and simple hack’n’slash will take us through completely corridor scenarios in which, every two by three, closed combat spaces will be enabled that we will not be able to abandon until we finish off all the enemies; and they will not be few precisely. So much so that we can chain several hundred blows without rest, especially with especially tough and numerous enemies. 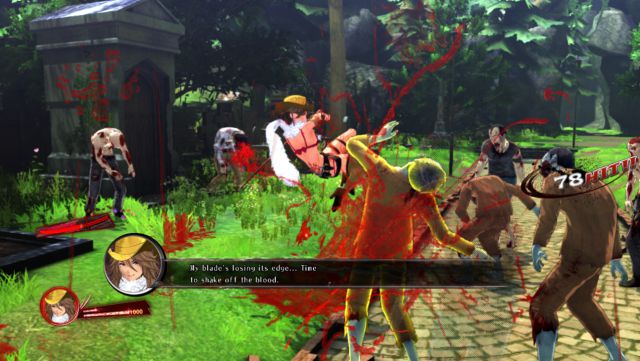 The variety of enemies, however, is not to shoot rockets either and we will attend a continuous parade of the same models of zombies: office workers, nurses, policemen, passers-by and the military, basically. Designs that will be repeated relentlessly; although other more dangerous ones will also make an appearance that will make things a bit more difficult for us, unlike those of the “putty” type, and with which it will be advisable to resort to parry or the transformations of our protagonists.

Because yes, both Aya and Saki will enjoy two states of power, one in the form of a berserker and the other in a demon style, each more powerful; although also with less resistance to the blows of the enemies. This is when a certain tactical character comes into play that adds some wealth to the combat, also enhanced by the possibility of changing weapons by the two sisters, resulting in some swords of greater rank, speed or power than others. 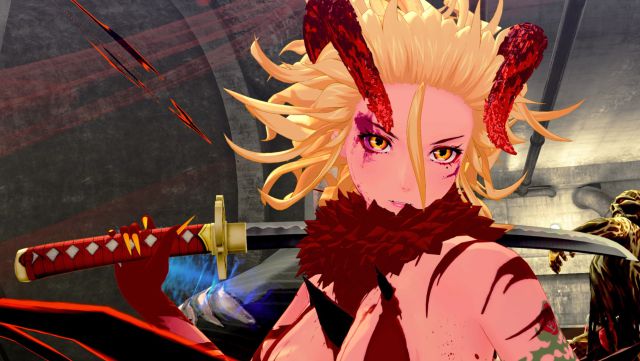 Of course, the scenarios are simple corridors that will connect the different rooms or combat arenas, with nothing to explore beyond breaking certain objects to collect life gems and other objects. And it is that the game’s loot system gives us a kind of in-game money for the number of enemies killed, as well as the scores of each level, the time spent, the damage received, etc. With all these resources we can access a virtual store through our protagonist’s mobile to buy life gems, power rings and other items, very useful in the toughest confrontations.

Still, the general difficulty level is not very demanding and we can overcome the levels and the different final bosses without too many complications; After finishing the adventure (something that will not take us more than 6 or 7 hours) we will be able to unlock new levels of difficulty that will put us a little more against the ropes, but nothing exaggerated once the limited mechanics of the title and its few options are assimilated at the gameplay level. In addition, the artificial intelligence of the game will not be of special help while controlling the other sister, since it will go a lot to its own and will not pay much attention to possible combined hits that will only occur very occasionally. 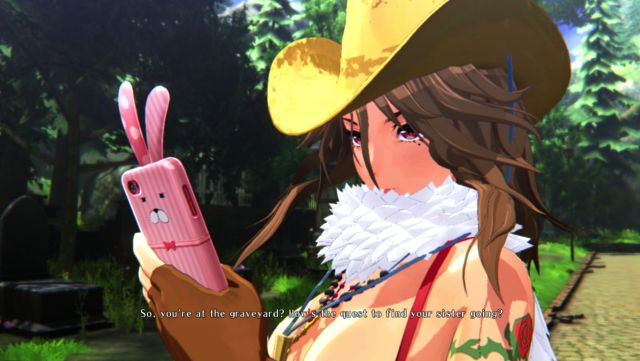 On a graphical level, Onee Chanbara Origin does not stand out especially; Although an anime-style cel shading is used that is ideal for the aesthetics of the game (far from the original 3D with a more realistic cut), the models are quite poor, especially in the scenarios, which could well be those of a title from two generations ago, in HD. The animations do not stand out either, although in movement it is quite attractive thanks to numerous visual effects that will flood the screen with each hit and pirouette.

As a touch of attention, lip syncing is conspicuous by its absence, with dialogues that do not correspond at all to the movement of the lips, as if the voices were lagged for a few seconds. On a sound level, it offers rock and pop songs that, to tell the truth, go quite unnoticed. Finally, the sexist character is continuously noticeable in the appearance of the protagonists, even presenting totally free shots focused on some of their attributes. An inherent characteristic of the saga and of this type of titles so oriented to Japanese tastes. 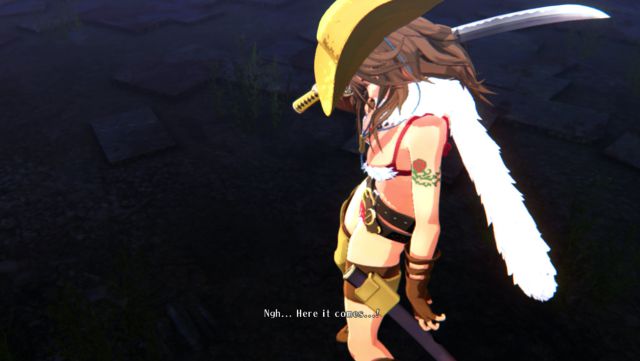 Onee Chanbara Origin comes to PS4 as a tribute to a saga that turns 15 and that outside of Japanese lands has certainly gone unnoticed. As hack’n’slash meets what is expected of a PS2 video game, although today it feels out of date in practically all its facets; combat is highly repetitive and monotonous, although it requires a certain level of expertise at higher difficulty levels. On the other hand, the battles with final bosses is the best of a title that is generally correct. This kind of remake / remastering seems like an only interesting gateway for those who want to discover a very Japanese style of action video game, for the good and not so good.

It’s not the latest or the most original, nor does it have the best execution, but it can be fun if you like the genre. Good, but room for improvement.