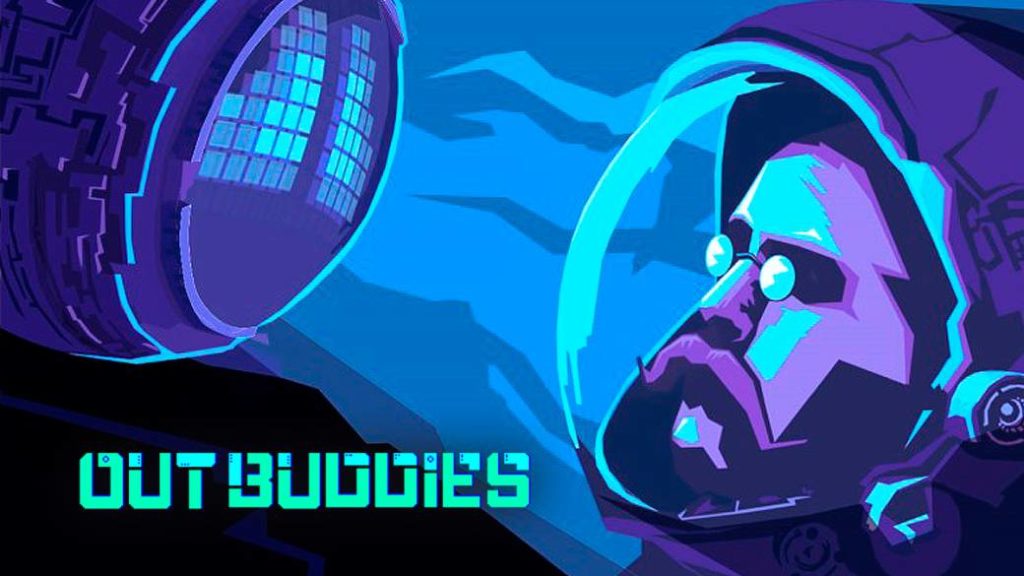 An underwater city and dozens of passages to go through. We analyze Outbuddies, this small metroidvania for PC and soon for the other platforms

The ancient lost city of Bahlan hides secrets of an ancient civilization. Strange creatures have found their home in these underwater ruins. Mostly hostile, but some, kind, have found a sanctuary between those wet rocks and labyrinthine passageways. This is how Outbuddies kicks off, a game of marked retro aesthetics and playability that is familiar to a large number of players.

One day of raging storm our protagonist, someone who speaks of ancient gods, and this place as the cradle of humanity, seems to have all the answers. You will venture to this ancient city just to wake up, without prior awareness of what has happened and how it got there, in a lonely cave inside Bahlan. His only team? A protective diving suit. And his only company is a reconnaissance robot. 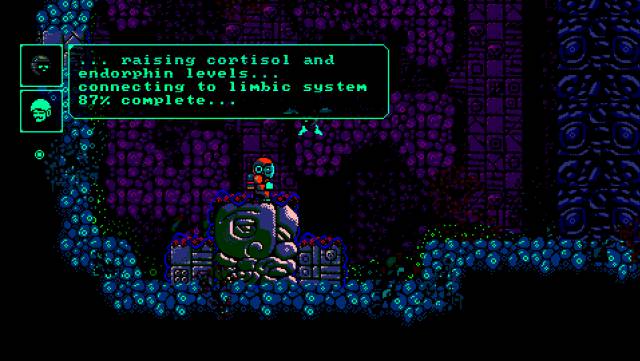 What for the protagonist is a completely unknown and hostile environment, for us it is a game that closely resembles Metroid. Comparisons are easy, not only for the 16-bit pixel-art that defines the visual section, or for the Samus Aran suit and blaster that carries the avatar we control, or for some skills such as rolling like a ball for places narrow but for a game structure that drinks from Metroidvania in 2D as classic as possible.

This is interesting, because of the last batch of games that the genre has given us, many have chosen more to follow the “vania” side of the set than the purely metroid. Games like Bloodstained, Hollow Knight or Dead Cells owed Konami's classic more than Nintendo's. The negative part of this is that Julian Laufer's game (creator and sole developer of this title) owes much to his predecessors, and that's where the biggest discussion of the title lies. It is difficult to separate the tribute from the current title, and the things he does for himself do not seem to end up curdling. The artistic section, for example, feels halfway if we ignore the sentimental component of the classic. It is little varied, with very contrasting colors that generate visual fatigue within a few hours of play, and with simple animations that do not finish covering the gameplay. 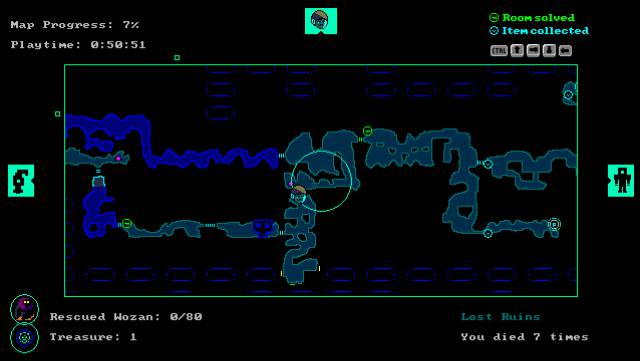 Outbuddies formula is presented in full 2019 as a purely nostalgic. There are no procedural elements in the title, complex RPG elements or other borrowed elements of the current genre. There is however a robot that accompanies us throughout the adventure and with which we can do different actions. With the press of a button we control it and it allows us to wander around it through the level, and interact with objects through a series of powers such as moving large blocks of stone telekinetically to place them on the stage and help us in platform and puzzles. In a curious decision on the part of the game, this robot can be controlled by another player in cooperative. A possibility that seems something unnecessary, but that is there, in case we want to experience the gameplay of the title in the company of someone.

Removing flying robots from the middle. The title moves through known terrain at all times. The city of Bahlan is an interconnected world through very long corridors, hidden power ups and collectibles, closed doors and height differences. It is a claustrophobic world where sunlight does not enter. The roads are narrow (sometimes we even have to break through bombs), very dark and wet. Underwater screens have more prominence than usual and are often complemented with those of the “surface”, creating a mapping in which we will have to know how to develop both diving and in the sections of more traditional platforms. 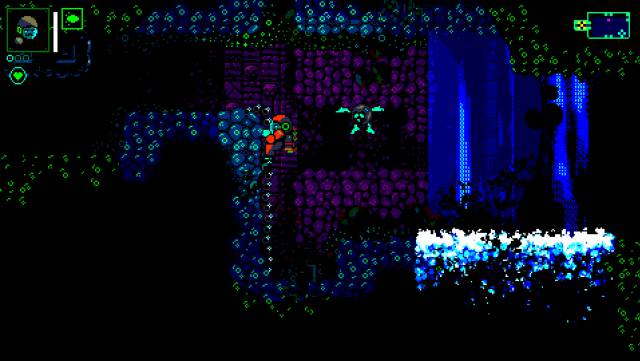 The control of the character goes a little beyond the basic scheme of other games of the genre. We can shoot in four directions, make a quick dodge that allows us to avoid enemies, and even throw ourselves on the ground so that certain shots do not reach us. Diving, the dangers do not cease. Mastering the mechanics of setting the position becomes indispensable in order to deal with banks of killer fish or other hostile creatures, and allows us to always have our eyes fixed on the enemy while firing in the same direction. The more we play, we begin to take advantage of certain things that the game does not tell us. For example, shooting down gives us a small boost that we can use to reach certain heights.

Fall, we will fall in combat. The game itself has in its main menu a death counter that challenges us to improve and closely monitor every confrontation we have. The game does not hesitate to focus first on veterans of the genre, those who have been accustomed to certain types of mechanics that are introduced here without blinking for years. The save system is manual and the save points are not abundant. The enemies are aggressive and attack quickly and without rest. The time we are invulnerable after a blow is very short, so we will have to mark the distances at the moment they touch us and try to fight back fast. And positioning is very important in fighting, especially against bosses. 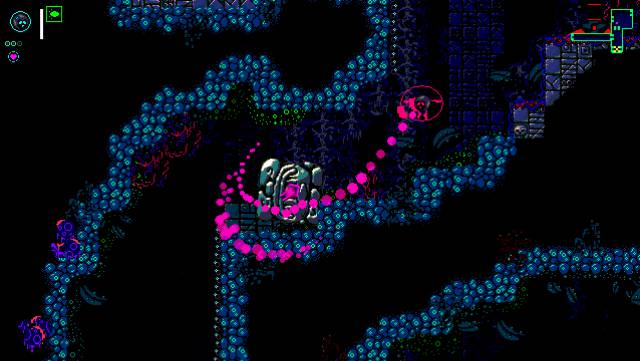 The first contact with the title can be shocking, forcing us to get used to a lot of mechanics and design of old school levels that brings back all the virtues but also the defects of the genre. Backtracking is common and full of dead moments, when we face again and again with the same enemies just to familiarize ourselves with the environment. The platform has cheating moments, with mechanics that are not completely polished and that make these areas somewhat cumbersome. And the closed door system, which is resolved as we move forward in the adventure, is frustrating in the early hours.

The set has a classic structure that, except for a couple of gimmicks that add options to the gameplay, has little to offer the genre. Of course, for most players looking for this type of experience, reliving nostalgia is more than enough with these types of titles. Outbuddies, with its plus and minus, is a good opportunity for it.

Analyzed for the Steam version. 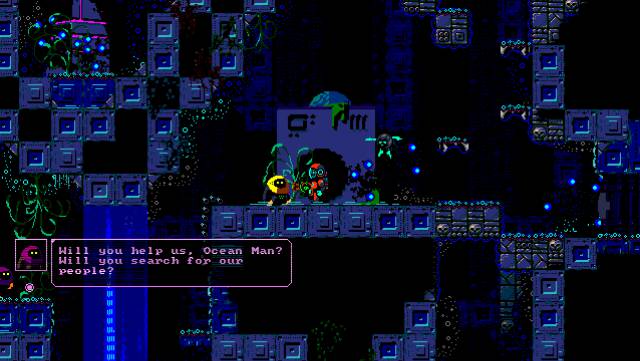 Outbuddies is presented as a competent substitute for the classics of the metroidvania genre. Especially to those of the nintendera slope. Its formula is classic, with a 16-bit 2D aesthetic, full of intricate corridors, closed doors, bosses at the end of each zone, and skills to be achieved. Its difficulty is more in tune with what the veterans of the genre expect than those who are starting, and their mechanics directly remind Metroid. This attachment to its referents is the biggest burden of Outbuddies, which despite its two or three interesting additions at the level of mechanics, fails to depart from the shadow of those he admires so much.